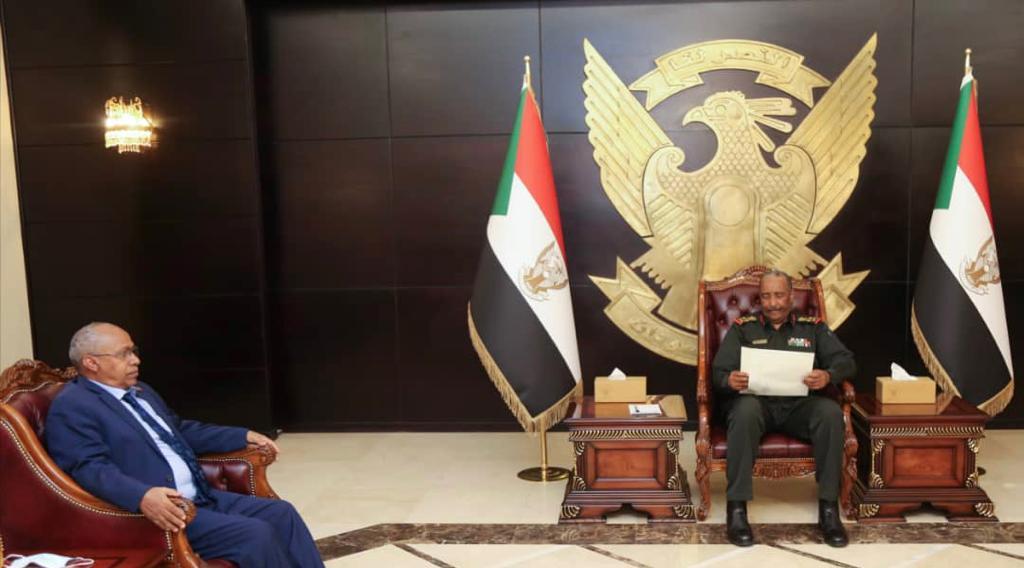 Khartoum, May 17  (SUNA) - President of the Transitional Sovereignty Council Gen. Abdel-Fattah Al-Burhan has received a written message from Eritrean President Isaias Afwerki dealing with bilateral relations between the two countries and ways and means of boosing them further.

Al-Burhan praised when he received in his office today the Eritrean ambassador to Khartoum, Issa Ahmed Issa, the strong and deeply-rooted bilateral relations between the two countries and their peoples.

For his part, the Eritrean Ambassador conveyed greetings of the Eritrean President to the President of the Sovereignty Council, noting that Afwerki is following with great concern developments of the situation in Sudan and stresses the need to unify efforts and work hard to reach a unified vision that ensures a safe exit from the current crisis.

The Eritrean ambassador pointed out that Sudan's security represents security for the African region and that Sudan is capable to solve its issues by expanding the base of participation among all components and conducting a serious and honest dialogue.