'I am happy that I will not have any after-effects.' Eritrean star on the mend after prosecco cork struck left eye last week. 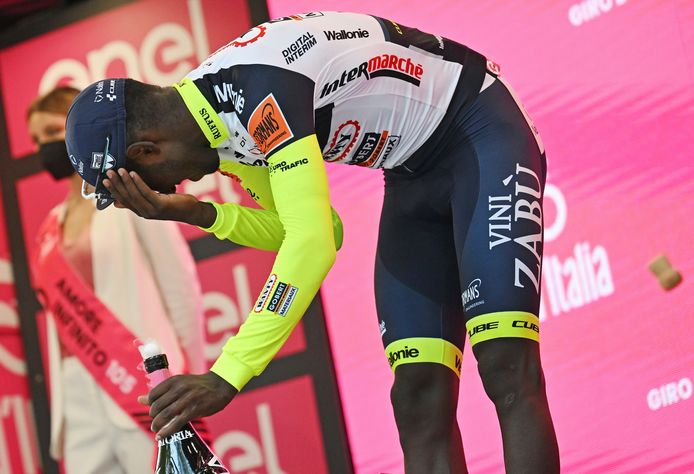 Biniam Girmay got a cork in his eye during the podium ceremony. © AP

Biniam Girmay sees a return to training after the freak accident that forced him out of the Giro d’Italia.

The breakout Eritrean ace was one of a handful of riders to struggle with the Giro’s highly charged prosecco when he won the stage into Jesi last week, blasting the bottle’s cork directly into his left eye.

Girmay’s Intermarché-Wanty-Gobert crew confirmed Wednesday its star sprinter underwent medical screening in Belgium this week and is expected to resume training within the next 10 days.

“Hello everyone. I am doing better but I am not yet able to jump on the bike. But fortunately, I am happy that I will not have any after-effects. I would like to thank the doctors for the good advice and my team for the support,” Girmay wrote Tuesday.

Medical staff confirmed soon after the incident last week that Girmay suffered a “hemorrhage in the anterior chamber of his left eye.”

Girmay was immediately forced to the sidelines and has been watching – or trying to watch – Domenico Pozzovivo and Jan Hirt ride high since.

“I hope to be able to race soon and resume my race program after some rest at home in Asmara as scheduled,” he said. “Now, I hope my team will have more success in the Giro. See you soon.”

Girmay’s schedule provisionally sets the 22-year-old on course for starts at Tour de Wallonie and the WorldTour level Tour of Poland late July. 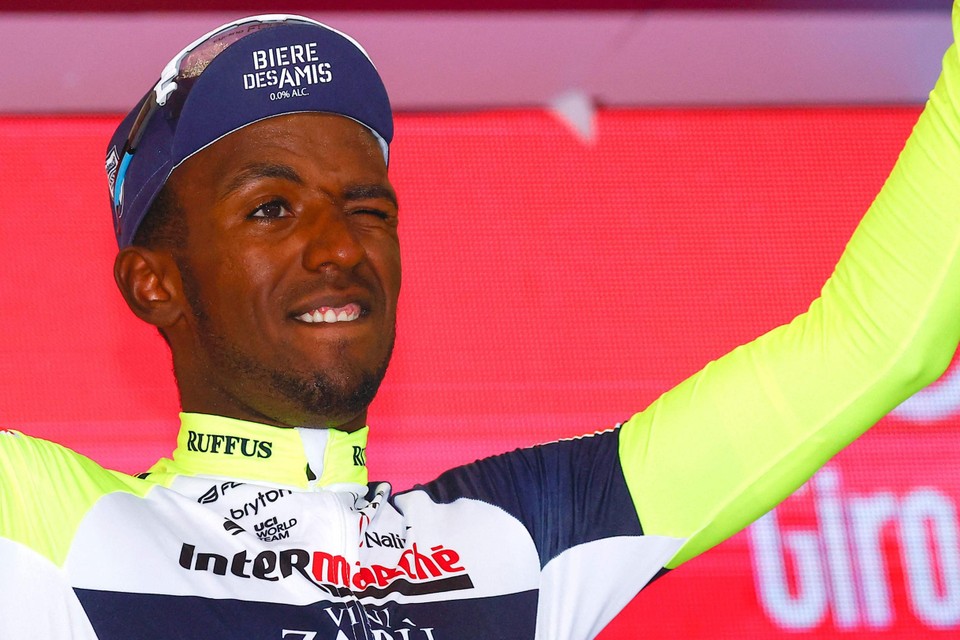 Intermarché - Wanty Gobert gave an update on the health condition of Biniam Girmay on Wednesday. The 22-year-old Eritrean had to give up last Wednesday in the Tour of Italy due to an eye injury, which he sustained a day earlier during the podium ceremony after his stage win. “I feel better”, says Girmay himself after further research in Belgium.