The queen stage in the Adriatica Ionica Race, with arrival on the flanks of Monte Grappa, was won by Natnael Tesfatsion. The 23-year-old Eritrean of Drone Hopper-Androni Giocattoli defeated Filippo Zana and Vadim Pronskiy to record his first win on European soil. Zana is the new leader in the general classification.

We could safely label the second stage of the Adriatica Ionica Race as the queen stage of the round. The finish was in fact located on the flanks of the Monte Grappa, a climb that we also know from the Giro d'Italia. The climb, also called Pieve del Grappa, was a total of 28.3 kilometers long at an average of 4.5%. However, this gives a pretty distorted picture. In the first eight kilometers the percentages continued to fluctuate around 8%, followed by sections of more than three kilometers at 7.5% and one of 3.7 kilometers at 6.2%.

Natnael Tesfatsion wins the second stage of the Adriatica Ionica Race
Four riders attacked early in the stage and formed the break of the day. The promising Colombian climber Santiago Umba (Drone Hopper-Androni Giocattoli), the Spaniards Eugenio Sanchez (Equipo Kern Pharma) and David Lozano (Team Novo Nordisk) and the Italian Matteo Zuro (Zalf Euromobil Fior) managed to reach a maximum lead of just not three minutes. This turned out to be far too little to actually stay out of the grip of the peloton. Even before the final climb, the adventure of Umba, Sanchez, Lozano and Zurlo came to an end.

Peron on the road with his fellow refugees – photo: Cor Vos

The floor was then given to the better climbers in the pack. In the first kilometers the wheat was separated from the chaff and the lesser riders went overboard. After several gears, only ten riders remained in the battle for the stage victory: leader Christian Scaroni, Giovanni Carboni, Luca Covili, Lorenzo Fortunato, Alessandro Fancellu, Simone Bevilacqua, Jefferson Alexander Cepeda, Natnael Tesfatsion, Mikel Bizkarra and Vadim Pronskiy. With Fortunato, Fancellu and Bevilacqua, no fewer than three riders from EOLO-Kometa were represented in the first group and Drone Hopper-Androni Giocattoli (Cepeda and Tesfatsion) also proved to be strong in width.

Tesfation records first victory on European soil
. Zana, Covili, Pronskiy, Cepeda and Tesfatsion turned out to have the strongest climbing legs and went to the last kilometer with the five of them. Tesfatsion was on paper the fastest rider in this elite group and the Eritrean also managed to live up to his favorite status in the last kilometer. The 23-year-old rider was the first to reach the top of Monte Grappa and thus booked a special victory. Tesfatsion has been successful on African soil in recent years, but has never won a race in Europe. Until today. Zana had to settle for second place, Pronskiy was third.

Tesfatsion's first European victory had been coming for a while. The swift Eritrean, who would be in the spotlight of Trek-Segafredo , was already fourth in the GP Industria and ninth in the Settimana Internazionale Coppi e Bartali earlier this year. Last Thursday he also finished second in the Giro dell'Appennino. 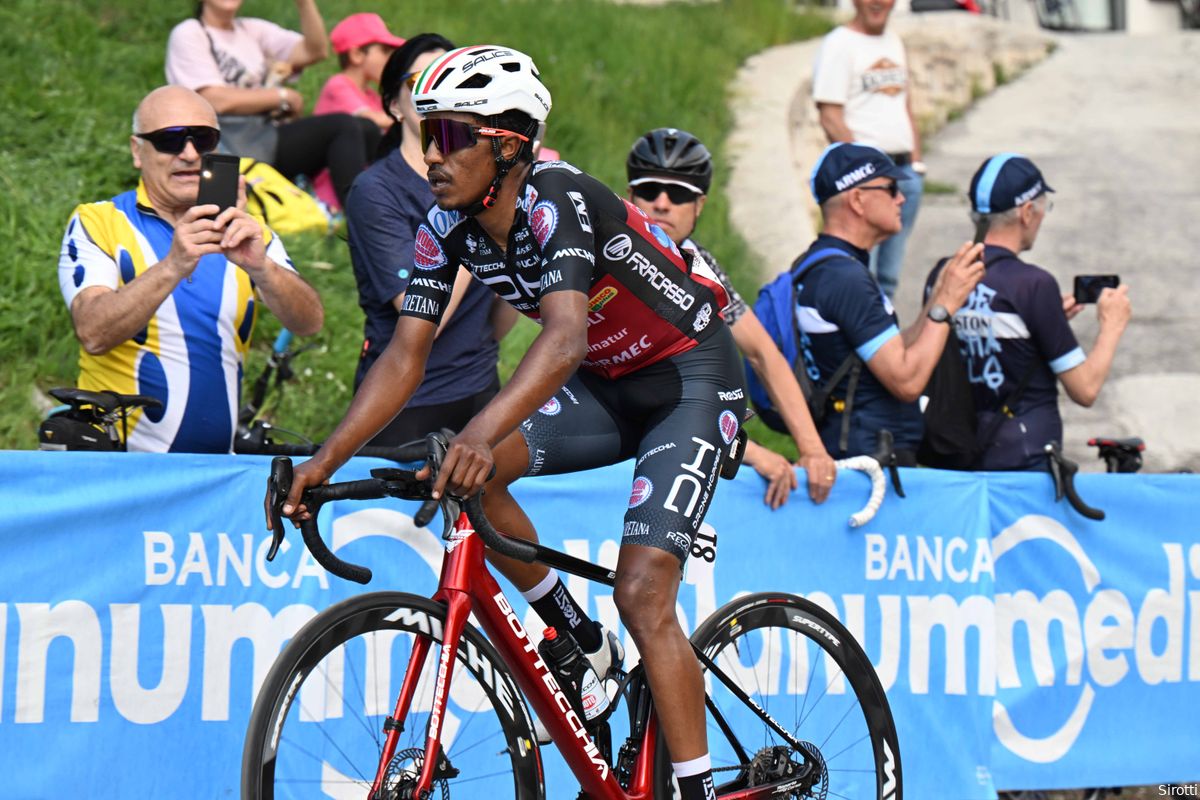 Natnael Tesfatsion has won the second stage of the Adriatica Ionica Race. The Eritrean achieved success on a final climb of no less than 28 kilometers.