Beijing’s special envoy to the Horn of Africa has offered to mediate disputes in the region, where China’s multibillion-dollar investments have held firm amid long-simmering strife.

Speaking in Addis Ababa on Monday at a peace and governance conference focused on the Horn of Africa, Xue Bing said the region had benefited from a unique geographical location and abundant natural resources but in recent times had faced instability.

“I am ready to provide mediation efforts for the peaceful settlement of disputes based on the will of countries in this region,” Xue said at the conference organised by Beijing.

But the envoy, who was appointed to the role in February, acknowledged “complicated and intertwined ethnicity, religion and boundary issues” that could be “difficult to handle, as many of them date back to colonial times”. 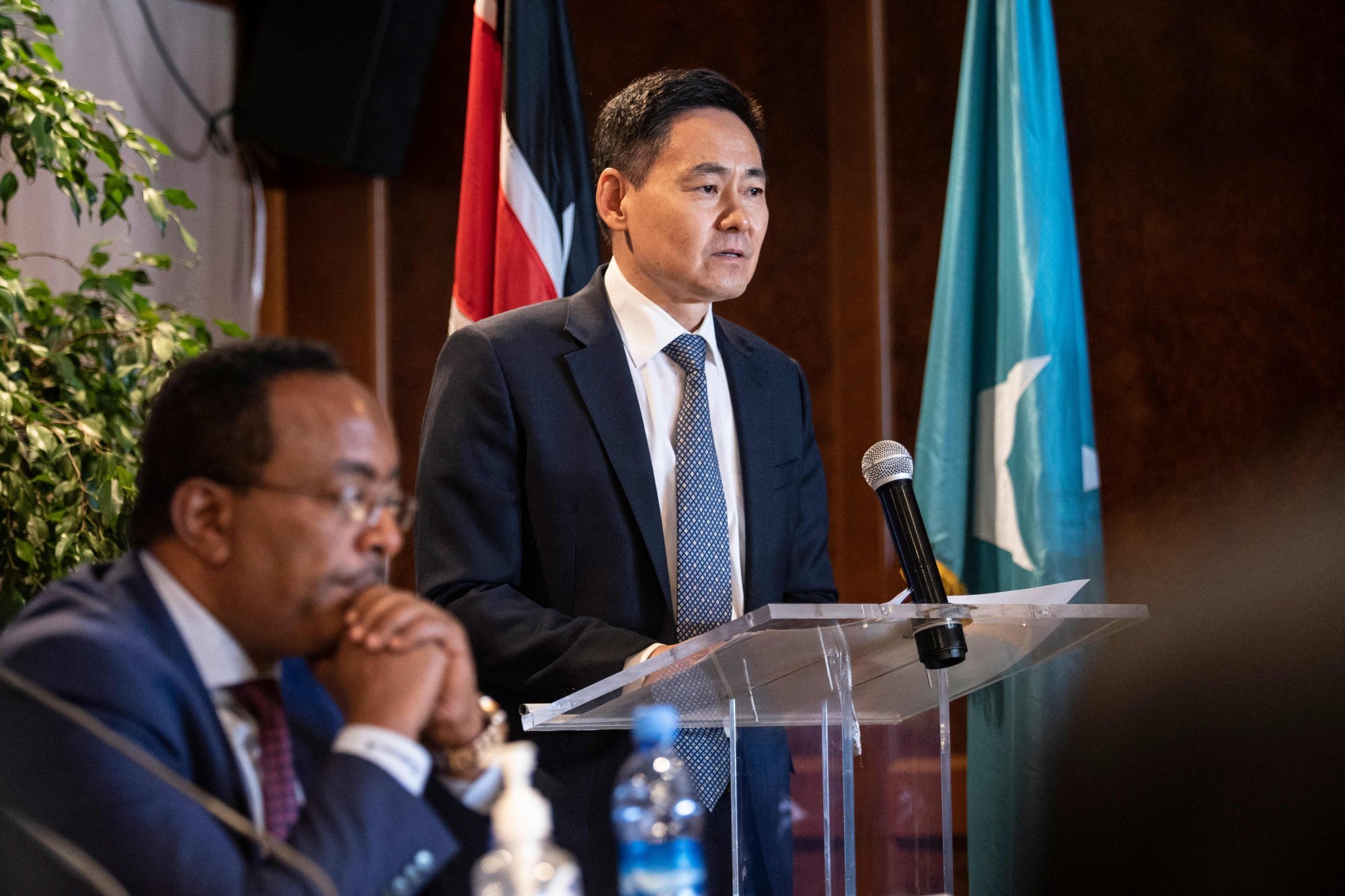 Meanwhile in Somalia, a resurgence of the jihadist fundamentalist group al-Shabab has led to fresh terrorist attacks in Kenya, prompting Nairobi to send troops into the neighbouring country, posing a further threat to regional security.

Ethiopia is engaged in a deadly civil war in the Tigray region, where millions have been displaced. Washington has responded to the conflict with sanctions, reduced aid and suspended duty-free access for Ethiopian exports.

Xue said the dialogue, peace and development plan that China put forward for the Horn of Africa at the start of the year was meant to support countries in the region in ridding themselves of external interference.

“What we learn from the lessons of history is that the Horn of Africa must not become the backyard of any country. Rather, the people of this region should be the masters of their own country’s destiny,” the envoy said.

The first-ever Chinese-led peace conference is expected to offer a platform for the Horn of Africa countries to settle their differences through negotiations.

Kenya, Ethiopia, Djibouti, Somalia, South Sudan, Sudan and Uganda are attending the two-day conference. However, Eritrea skipped the meeting. When in 2020, Abiy Ahmed’s government accused the Tigray People’s Liberation Front (TPLF) of attacking its military base to steal weapons, Eritrea joined Ethiopian forces in the fight. 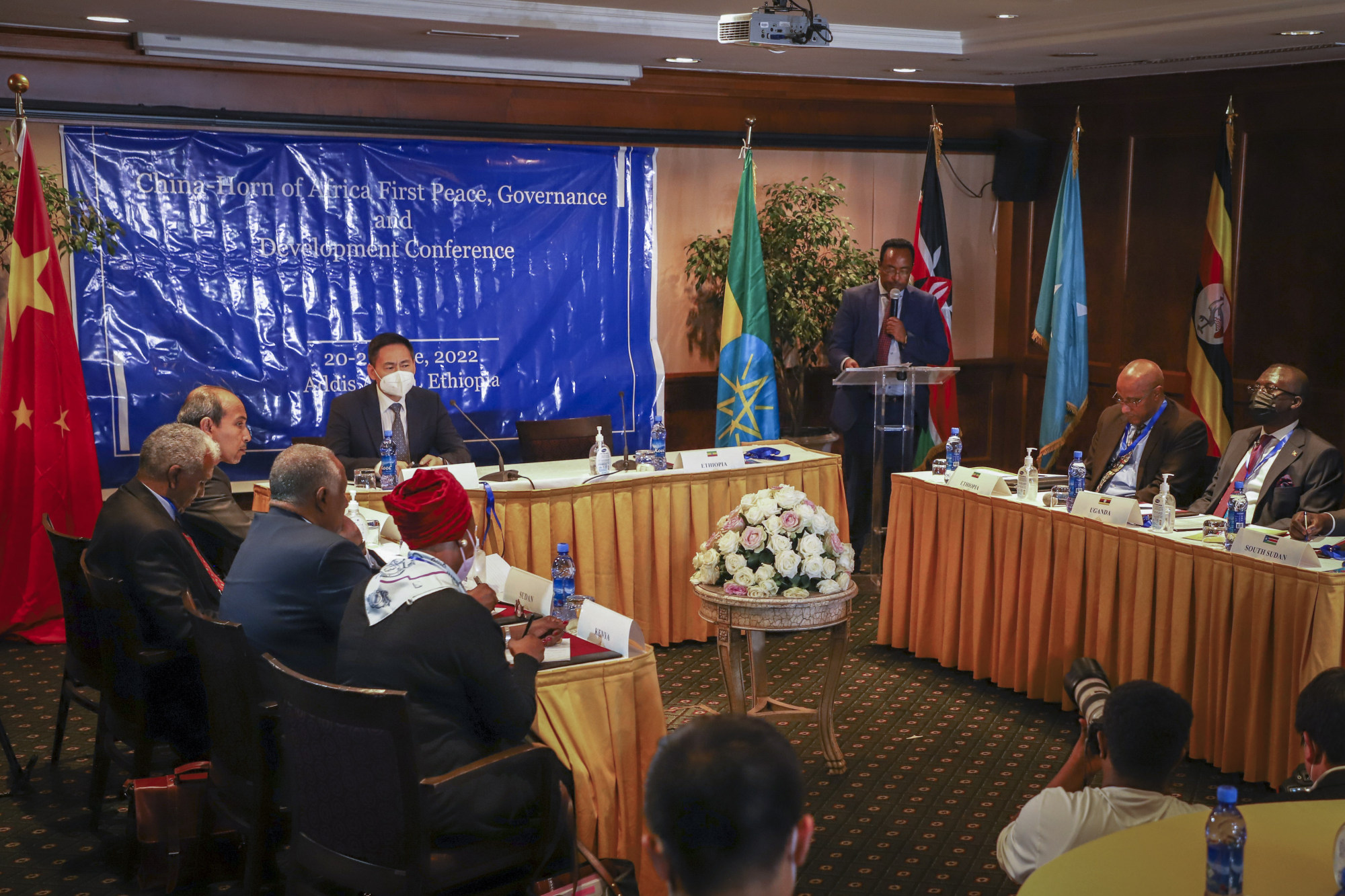 Eritrea, which has for years been cut off from the rest of the world, sits at a strategic point for China to expand its trade because of its proximity to the Red Sea.

John Calabrese, head of the Middle East-Asia Project at American University, said if China were to undertake a mediatory role, Xue would likely find himself being pressured “by each of the contending parties to favour their respective perspectives and positions”.

Calabrese added that when a key actor is “absent from the table” it raises the possibility of the actor playing a “spoiler” role, and in the Horn of Africa, Eritrea qualifies as such. “At some point, Eritrea will have to be woven into whatever multiparty mediation might eventuate for the process to be successful,” he said.

China is making inroads in the region, investing heavily in Djibouti’s maritime sector including the country’s ports and free-trade zones. It built its first overseas military base near the Bab el-Mandeb passageway between the Gulf of Aden and the Red Sea. 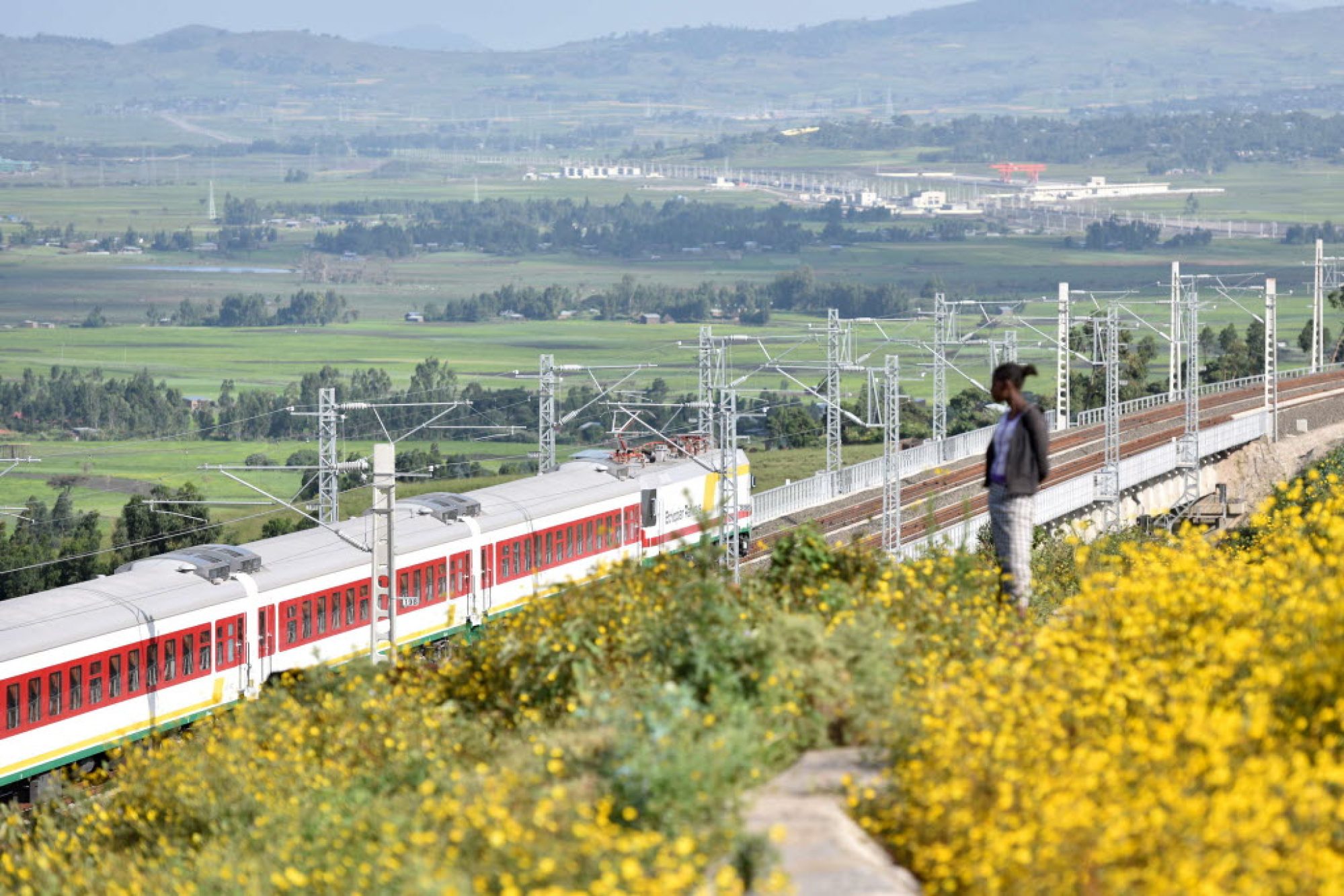 A train runs on the Ethiopia-Djibouti Railway built by Chinese firms. Beijing has invested heavily in both countries and across the Horn of Africa. Photo: Xinhua

Beijing has likewise boosted its investments in Ethiopia, notably in building the Addis Ababa-Djibouti Railway, but the Tigray conflict is a grave concern. Beijing has also funded mega infrastructure projects in the rest of East Africa, including Uganda and Kenya.

During the conference on Monday, Redwan Hussein, the national security adviser to the Ethiopian prime minister, said Addis Ababa was ready to play its part in resolving the crisis in the Horn of Africa.

The peace conference was driven by the countries of the region and China was only playing a supporting role, Redwan said. “We have no shortage of initiatives. Several initiatives have come and gone without yielding the desired result because they were either driven by an external interest or were just imposed,” he added.

Observers said Beijing faced a tough road ahead as it helps the countries find peace. People walk as smoke billows from fires after an air strike in Mekele, the capital of the Tigray region of northern Ethiopia, in October. Photo: AP

Any Chinese-led mediation effort in the region will have to overcome political challenges, and the long-term success of any China-led initiative will ultimately depend on the willingness of regional parties to compromise on key issues, according to Lukas Fiala, coordinator of China Foresight at the LSE IDEAS, a policy think tank at the London School of Economics.

While China certainly tries to frame itself as “a different kind of external actor” in Africa that respects sovereignty and promoting African solutions to African security issues, Fiala said, Beijing may find it “difficult to convince all parties” in regional conflicts that China’s security engagement is constructive.

This is because China’s strong belief in sovereignty, evident in Beijing’s support of Addis Ababa in the conflict with the TPLF in the country’s north, might engender criticism from other, non-governmental parties to the dispute, he added.

Nevertheless, China could offer economic carrots such as investments in regional infrastructure and capacity building to bring conflicting parties to the negotiating table. “What the conference shows is that China has become more confident in sponsoring regional solutions to security issues in Africa,” Fiala said.

In any case, China’s rise as a world power over the last two decades has profoundly altered global geopolitics, according to Mohammed Soliman, a scholar at the Middle East Institute.

Luke Patey, a senior researcher at the Danish Institute for International Studies, noted a former Chinese special envoy to Africa, Zhong Jianhua, once asserted China was a newcomer to peace talks and that it would take decades for its knowledge to match that of other foreign powers. “Xue’s engagement marks the next step in China’s learning process, but the curve is still steep,” Patey said.

Without getting all the sides around the table and accepting China’s role as mediator, Patey said, it would be harder for Beijing to sell its engagement as non-interference. “China is a major player in the region, but it might also benefit from working alongside other foreign powers to advance its peace agenda,” he added.

Kenyan journalist Jevans Nyabiage is South China Morning Post's first Africa correspondent. Based in Nairobi, Jevans keeps an eye on China-Africa relations and also Chinese investments, ranging from infrastructure to energy and metal, on the continent.