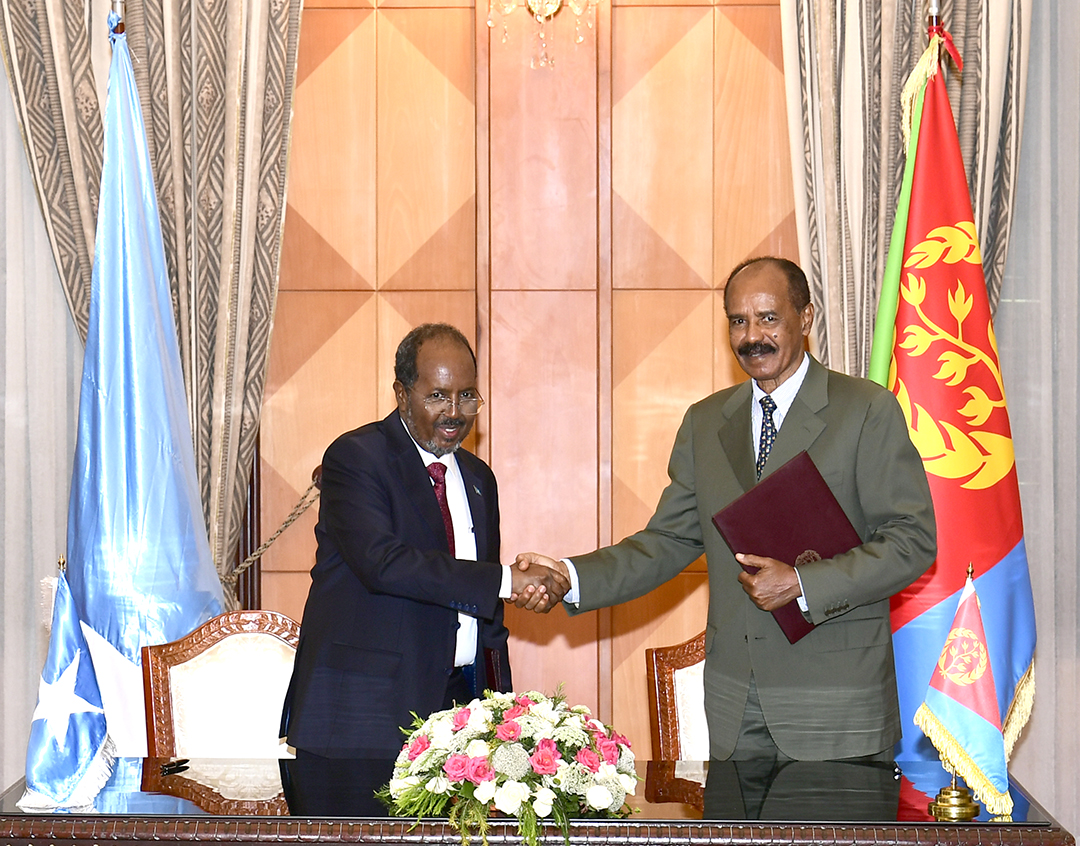 At the invitation of H. E Isaias Afwerki, President of the State of Eritrea, H. E Hassan Sheikh Mohamud, President of the Federal Republic of Somalia, paid an official state visit to Eritrea from July 9-12, 2022.

The visit underscored the historic fraternal ties and mutual solidarity between the peoples of Eritrea and Somalia.

During his stay, and accompanied by President Isaias, President Hassan Sheikh toured development projects in the Southern and Red Sea Regions of Eritrea with a particular focus on water security and management, agriculture, dairy production, green energy, and infrastructural development.

A highlight of President Hassan Sheikh’s stay was his visit to the members of the National Army of Somalia who has been undertaking military training in Eritrea. In his address to the trainees, he congratulated them on their training, apprised them of Somalia’s huge potential and key priorities and expressed his confidence that they will make a significant contribution to the peace, security, and development of their nation.

President Isaias and his brother President Hassan Sheikh held extensive, cordial discussions focusing on the situation of their countries, bilateral relations as well as regional matters. Based on their convergent views, the two leaders agreed to bolster political, diplomatic, security, economic, social, and cultural cooperation between Eritrea and Somalia.

President Isaias and President Hassan Sheikh further agreed that Eritrea and Somalia would work in concert to foster peace, stability, cooperation, and regional economic integration in the Horn of Africa.

At the conclusion of the visit, the two leaders signed a Memorandum of Understanding between Eritrea and Somalia.