In a press statement, Eritrea's Ministry of Information said the MoU includes agreements in the fields of economic cooperation, scientific and technological collaboration, as well as defense and security cooperation.

The Ministry of Information also disclosed the two countries have agreed to promote relations between their two peoples, including through their diaspora communities, strengthen bilateral political and diplomatic cooperation as well as jointly endeavor to advance economic integration in the Horn of Africa.

Mohamud, who has been on an official state visit to the Red Sea nation since Saturday, has visited Somali troops being trained in Eritrea. The Somali president has also visited various development projects being implemented in the Southern and Red Sea regions of Eritrea. ■ 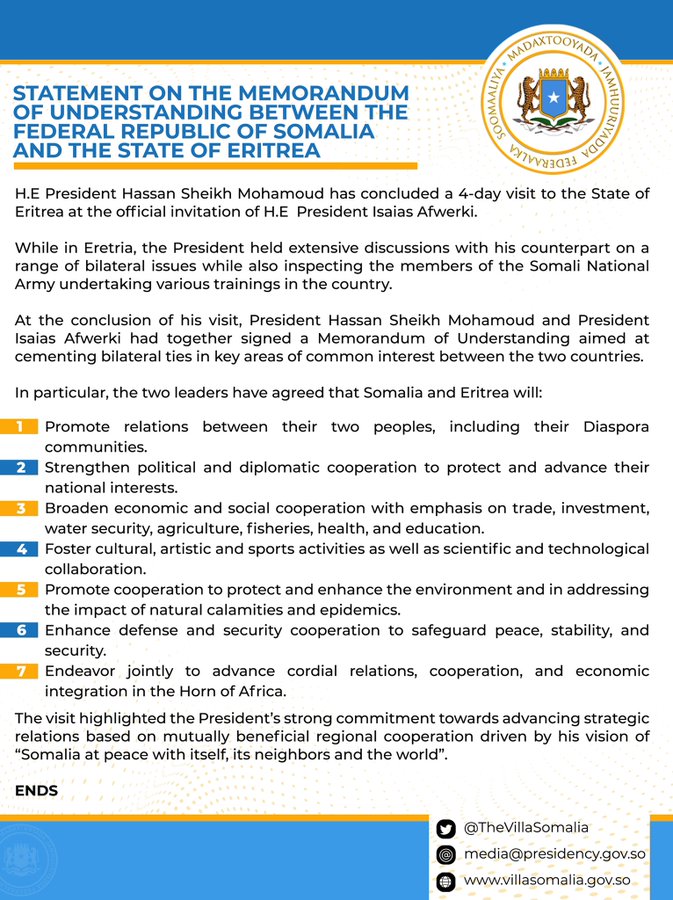