🎥 Update | Biniam Girmay has no serious injuries after falling on cobblestone 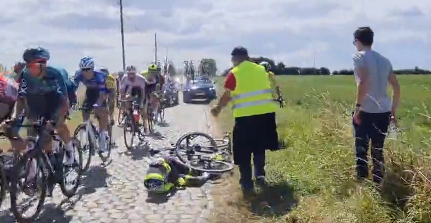 Biniam Girmay had to give up injured in the fifth and last stage of the Tour de Wallonie. The leader of Intermarché-Wanty-Gobert crashed more than 100 kilometers before the finish on a cobbled section and was left battered on the stones. The damage at Girmay is not too bad.

For the 22-year-old Girmay, the Tour de Wallonie was his first race in the second part of the season. After the five days in Belgium, the top talent from Eritrea would also ride the Tour du Limousin, the Bretagne Classic and the Canadian WorldTour races. Girmay may have to delete from his program.

This spring, Girmay made a definitive breakthrough with the victory in Gent-Wevelgem. He then also managed to win a stage at his Grand Tour debut in the Giro d'Italia. At the ensuing podium ceremony, a cork popped into his eye and he was out of circulation for a long time.
(Wednesday 27 July, 4.18 pm) 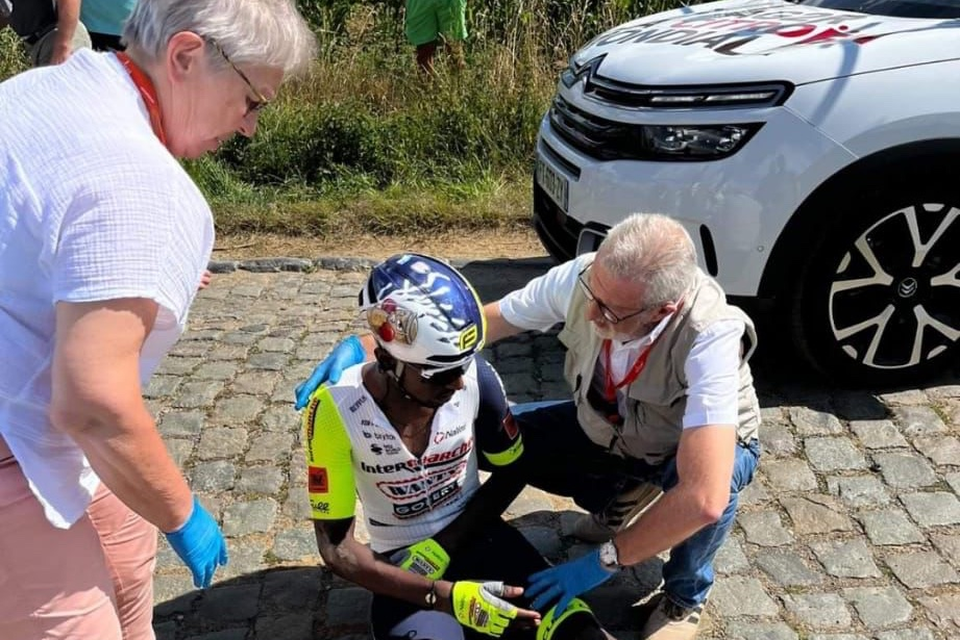 Biniam Girmay crashed heavily in the Tour de Wallonia. The 22-year-old Eritrean fell on a cobblestone strip and was unable to continue after that.

In an update , Intermarché-Wanty-Gobert announces that Biniam Girmay has not suffered any serious injuries from his fall in the final stage of the Tour de Wallonie. He does have abrasions to his elbow and knee. According to the team, Girmay will return to his home country of Eritrea to prepare for the autumn. His program includes the Canadian classics in Quebec and Montreal. His big goal is the World Cup at the end of September in Wollongong, Australia.
Watch the footage of the crash below: