You Can Have Your Opinions, But Not Your Own Facts

You Can Have Your Opinions, But Not Your Own Facts 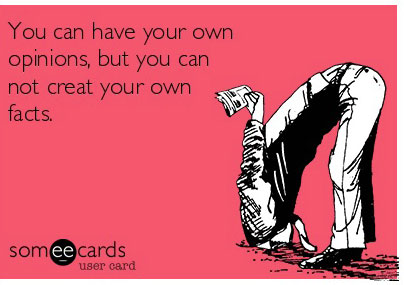 Earlier this week, Awasa Guardian, an Ethiopian media outlet, spoke with the former ambassador and US Assistant Secretary of State for Africa, Tibor P. Nagy, on recent developments in Ethiopia and the wider region. In the interview which covered a wide range of regional issues, Ambassador Nagy made several highly erroneous statements on Eritrea; specifically, in regard to the underlying causes of the 1998-2000 border war between Eritrea and Ethiopia when the latter was then led by the Tigray People’s Liberation Front (TPLF). The Ambassador’s narrative is utterly false and constitutes in fact, a revision of history.

Indeed, Ambassador Nagy falsely asserts that the Eritrean government conducted a “premeditated and unprovoked attack against Ethiopia in 1998”. As he himself has, perhaps inadvertently revealed, his false statement seems to have been driven and prompted by his personal grudges towards Eritrea’s leaders.

Recall that Eritrea won its independence from Ethiopia in 1991 after waging one of the longest, national wars for liberation in modern African history. After independence, with minimal foreign aid or external influence, Eritrea embarked on the monumental task of reconstructing and rebuilding its shattered country and economy. Despite the sheer scale of the challenge, the early signs were promising and the period was marked by considerable progress and high levels of joy and optimism. Numerous schools, hospitals, dams, and other infrastructure were rehabilitated or constructed, access to water, telecommunications, education, and healthcare were steadily being improved, and a large-scale demobilization of the country’s armed liberation forces was begun.

Additionally, from 1993 to 1998, some economic diversification was achieved, inflation was kept relatively low, and gross domestic product (GDP) grew at an average rate of 11 percent. The World Bank commented that the country’s “impressive economic performance mainly emanates from its effective implementation of home-grown development strategies,” while other observers and analysts frequently identified Eritrea’s virtual absence of corruption, along with its safety and stability, as being great assets for future development.

One comprehensive study of Eritrea’s socio-economic developments during its early post-independence period effectively captured the improvements and progress made in the country, concluding that,

“With the Derg’s overthrow in 1991, Eritrea embarked on the construction of a new state. New economic institutions were created, and considerable reform undertaken. Problems in coordinating reform and reconstruction were largely avoided, mainly because of the institutional ‘clean slate’ facing the country at independence and the high level of social solidarity and other social capital that characterize the country. A well-defined economic strategy, and careful use of aid, promised higher returns to investment (and fewer unsustainable projects) than found elsewhere in SSA. By the start of 1998, the country had achieved much in a short time, and the basic structures of a development state were well-advanced” (Hansson 2001: 13).

Eritrea’s considerable progress during the period was also clearly reflected in its significant improvement upon the United Nations Human Development Index (HDI), a multidimensional measure of human development which scores countries on a scale between 0 and 1 (with scores closer to 1 representing higher levels of development). Between 1994 and 1998 the value of the HDI for Eritrea increased from 0.269 to 0.402 and its overall international ranking rose.

The above would seem to loudly call into question Ambassador Nagy’s claims about the 1998-2000 war. In particular, within this generally positive context and having just emerged from decades of devastating war, why would a country instigate a border conflict and create a whole new set of problems for itself? Why would it want to dismantle all of its achievements in reconstruction and recovery?

Quite simply, it wouldn’t. Rather, the war was instigated by another party.

Eritrea shared particularly close relations and warm ties with the new government in Ethiopia. The TPLF was the dominant political organization within Ethiopia’s four-party coalition government (EPRDF) with whom the EPLF had cooperated to overthrow the Mengistu Haile Mariam regime in 1991.

The two countries established joint commissions and a mutual defense pact, and enjoyed strong political and security relations. Social, cultural, and economic ties between Eritrea and Ethiopia were also robust. The countries maintained an open border, leading to high levels of cross-border trade, commerce, and movement of labor. Eritrea’s top trade partner was Ethiopia, and the latter used the Eritrean ports in Assab and Massawa at symbolic rates and without any hindrance. Moreover, Eritrea even permitted Ethiopia’s national airline to assume its quota of IATA flight space and privileges, while Eritreans were some of its most frequent and faithful passengers.

As was explained in a 1997 report on Eritrea and Ethiopia sponsored by the Canadian government and the Organization of Cooperation and Development Assistance Committee, “[t]he transition from war to peace has been a remarkable success in Ethiopia and Eritrea. Both countries have emerged from their long civil war with a clear commitment to developing peaceful relations in a co-operative and amicable environment” (George 1997: 2).

Despite the seemingly warm relations and close cooperation, however, problems steadily began to arise. On numerous occasions during those early years, armed TPLF militias and authorities took aggressive actions against Eritrean farmers and civilians in the border regions. These armed militias and authorities often violently confiscated land and property, wrongly accusing Eritreans of trespassing into Tigrayan territory. During some of the incidents – and there were many – there was a loss of lives. On other occasions, groups armed by the TPLF invaded Eritrean villages destroying civilian homes and forcibly expelling Eritrean inhabitants from their original lands.

In their excellent work, Blood, Land, and Sex, published in 2003, the authors Favali and Pateman describe, “From as early as 1990, when the TPLF took Tigray from the Dergue, border incidents increased in ferocity. The TPLF attempted to tax the Eritreans living near the border and force them to pay tribute. When the villagers refused to do so and complained to the Eritrean authorities, the TPLF/EPRDF began to use force.”

In July and August of 1997, the Ethiopian military entered into the areas of Bada, expelling locals and dismantling the Eritrean administration. Additionally in 1997, the Tigray administrative region released new official maps, which had redrawn longstanding internationally recognized boundaries to incorporate large parts of Eritrea.

Although Eritrea was naturally heavily concerned by the unfolding of these events, it sought to contain the situation and resolve things in an amicable, peaceful manner. On several occasions, local Eritrean officials and administrators met with their Ethiopian counterparts to express their deep concern and propose a peaceful solution. They were invariably rebuffed. In August of 1997, Eritrea’s President, Isaias Afwerki, sent two respectful letters to the Ethiopian Prime Minister to protest and express concern about Ethiopia’s actions. (The letters were sent on 16 and 25 August 1997.) He also expressed restraint and suggested the establishment of a joint border commission to resolve the situation. Eventually, a joint commission was created, comprised of high-level government officials from both countries. It held its first meeting in November 1997 in Asmara and planned to meet after several months.

However, in the meantime, incidents along the border regions continued to occur and TPLF dominated Ethiopia sought to take more Eritrean territories under its control. On 6 May 1998, just before the second meeting of the joint high-level border commission, the Ethiopian Government launched a carefully planned attack on Eritrean armed patrols on routine duty in the Badme region. A number of Eritrean soldiers were killed. This incident set-off a chain reaction, ultimately culminating in the Ethiopian Parliament accusing Eritrea of “aggression in Badme”, and then declaring war on Eritrea on 13 May 1998.

Completely contrary to Ambassador Nagy’s factually incorrect comments in the recent interview, which only serve to give readers the wrong impression, the 1998-2000 was not caused by Eritrea. Instead, the fundamental root cause was, in the words of the eminent historian Alemseged Tesfai, “The TPLF’s persistent incursions into Eritrean territory, an act that can only be explained in terms of the expansionist tendencies of that Front’s leadership” (Tesfai 1998).

Throughout its history, the TPLF has frequently made claims to large swathes of sovereign Eritrean territories. Its long-term objective – which it continues to pursue until this very day, with devastating consequences for the entire region – has been the establishment of an independent republic that incorporates large swathes of territory from adjacent regions in Eritrea and Ethiopia. The group launched the 1998-2000 war in pursuit of that objective. (That Badme was not the main or central issue for the war is further evidenced by the Ethiopian military’s build-up at Zalambessa, the Assab border, and elsewhere along the border with Eritrea.)

Certainly, Ambassador Nagy, like everyone, is entitled to his own opinions. He, however, cannot simply make up his own facts and rewrite history.
Back to Dehai News