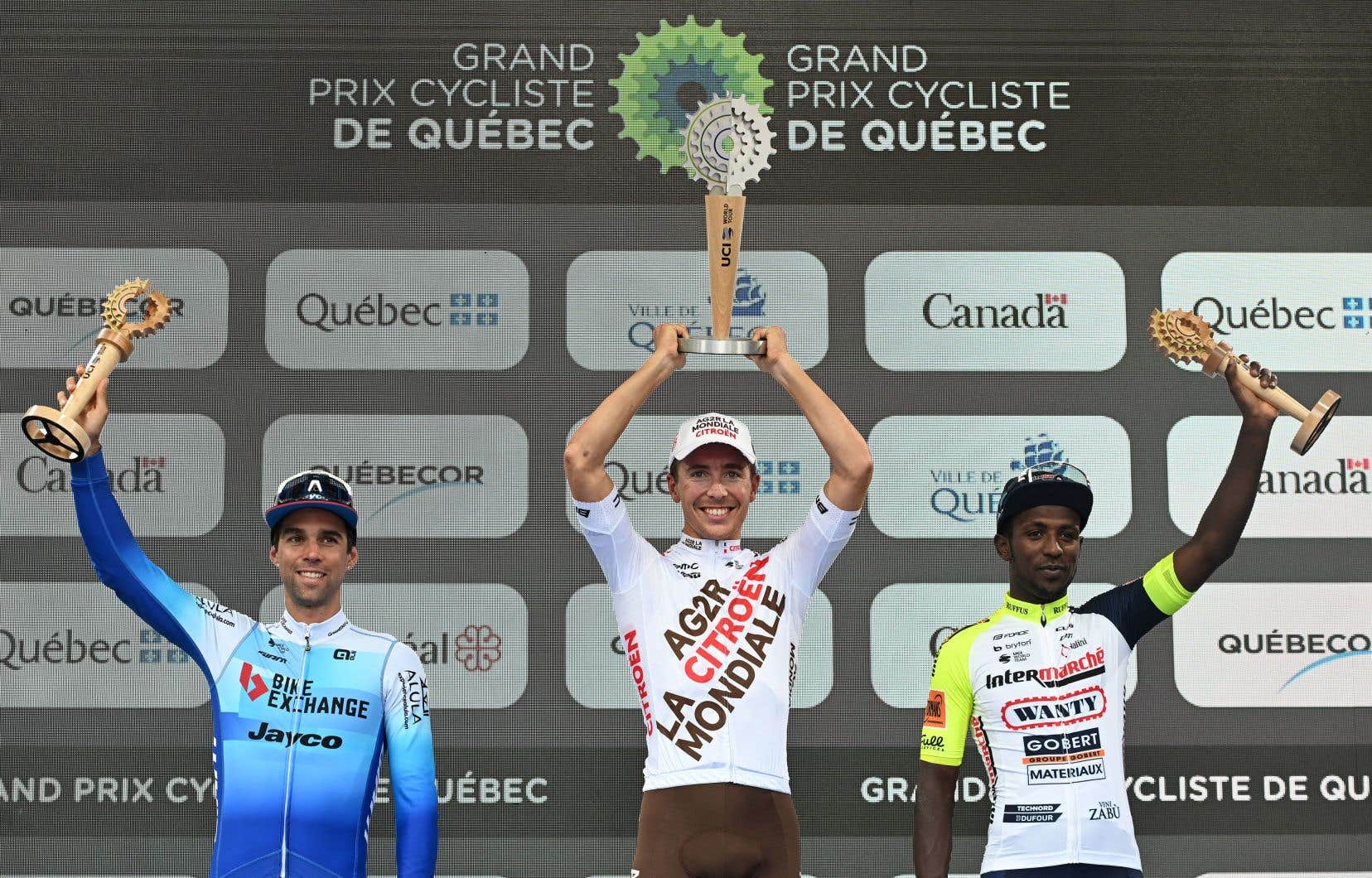 Frenchman Benoit Cosnefroy broke away from the pack on the last lap to win the 11th edition of the Grand Prix Cycliste de Quebec on Friday.

Cosnefroy finished the 201.6-kilometre race in a time of four hours, 46 minutes and 56 seconds.

The world's best cyclists returned to Canada for the first time since 2019.

Belgian Wout van Aert, a pre-race favourite and holder of the prodigious green jersey from the Tour de France, finished five seconds behind Cosnefroy and settled for fourth.

"I will channel my frustration into Sunday's race," said Boivin.

The 147 cyclists from 21 teams next head to Montreal for Sunday's 224-kilometre Grand Prix.

Canadian Antoine Duchesne, who announced his retirement the day before the competition, took 67th place. The Groupama-FDJ team rider from Saguenay, Que. will take part in his last competition on Sunday in Montreal.

Hugo Houle, Boivin's teammate at Israel-Premier Tech, did not finish the race.

The native of Ste- Perpetue, Que., who in July became the first Canada in 34 years to win a stage of the Tour de France, had to pull out of the race with 35 kilometres remaining.

"I didn't have the legs today," Houle said after the race. "I suffered a lot."