A sensational day for the Eritrean and Team BIKE AID at the queen stage of the Tour of Serbia. 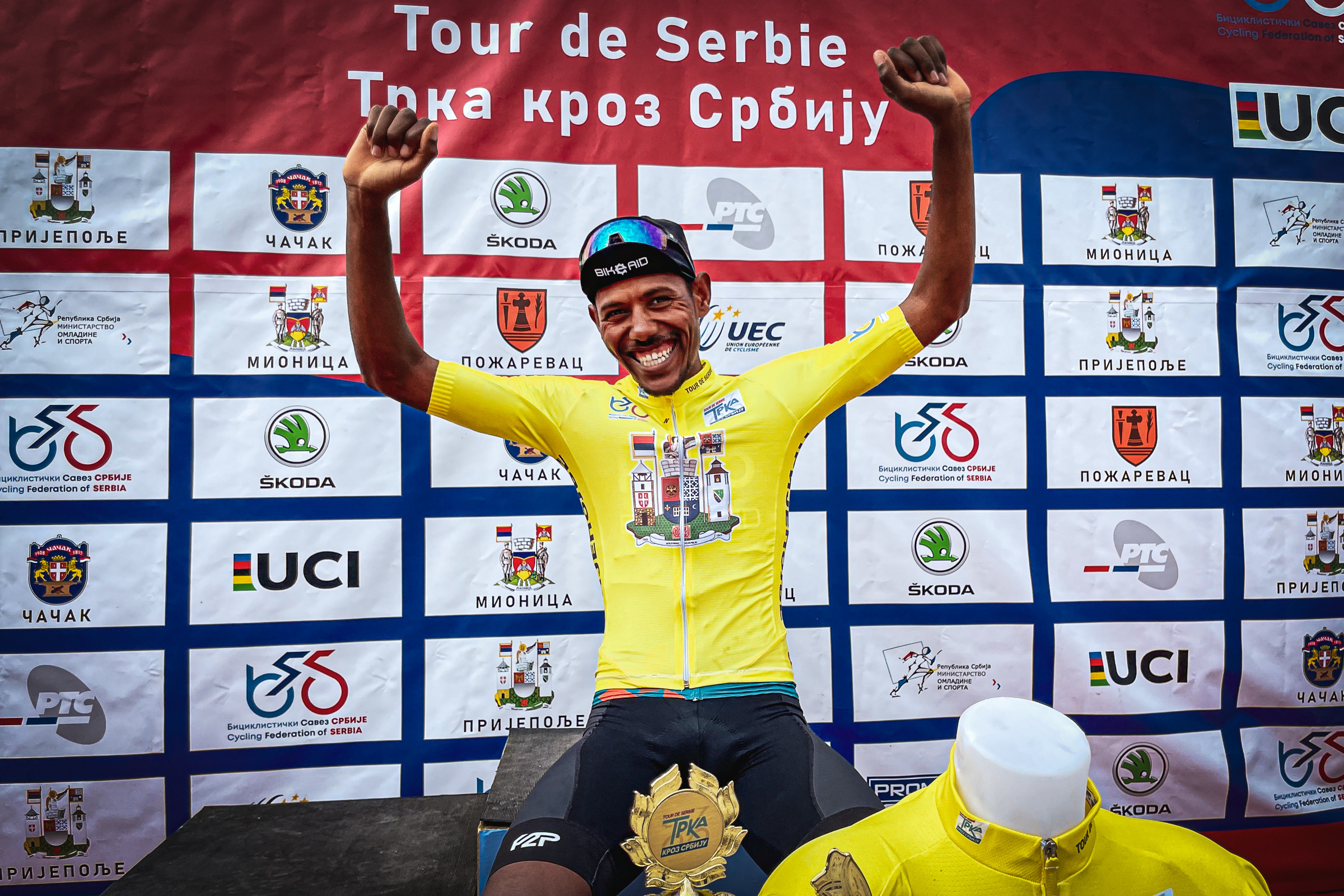 Adne van Engelen and Dawit Yemane quickly broke away from the peloton on today's third stage and gave the rest of the race no chance to compete for a possible stage win. The flying Dutchman Adne put himself completely at the service of his team mate Dawit and thus helped him decisively on his way to the yellow jersey and the stage win. After a very strong performance, Adne himself finished second!

This victory once again proves what an incredible potential African cycling has. It confirms BIKE AID's concept and project to support riders like Dawit. You can see the joy about the victory and the yellow jersey on the Eritrean's face, he just can't stop smiling.

After Léo Bouvier and Julian Lino withdrew from the race due to health reasons, the team was down to just three riders as of today. Defending the yellow jersey on another difficult mountain stage tomorrow, with a small team like this, will be an extremely difficult task. But today has shown that nothing is impossible! 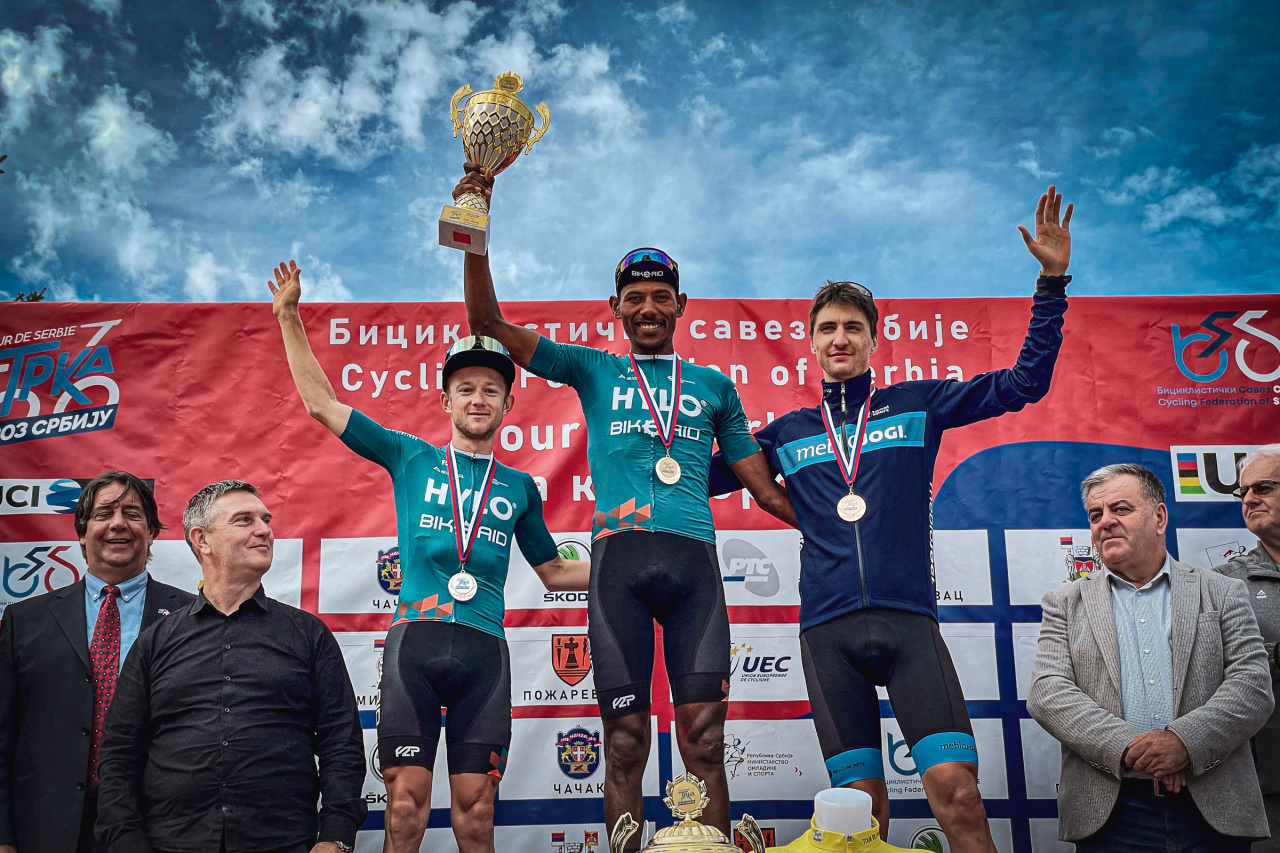 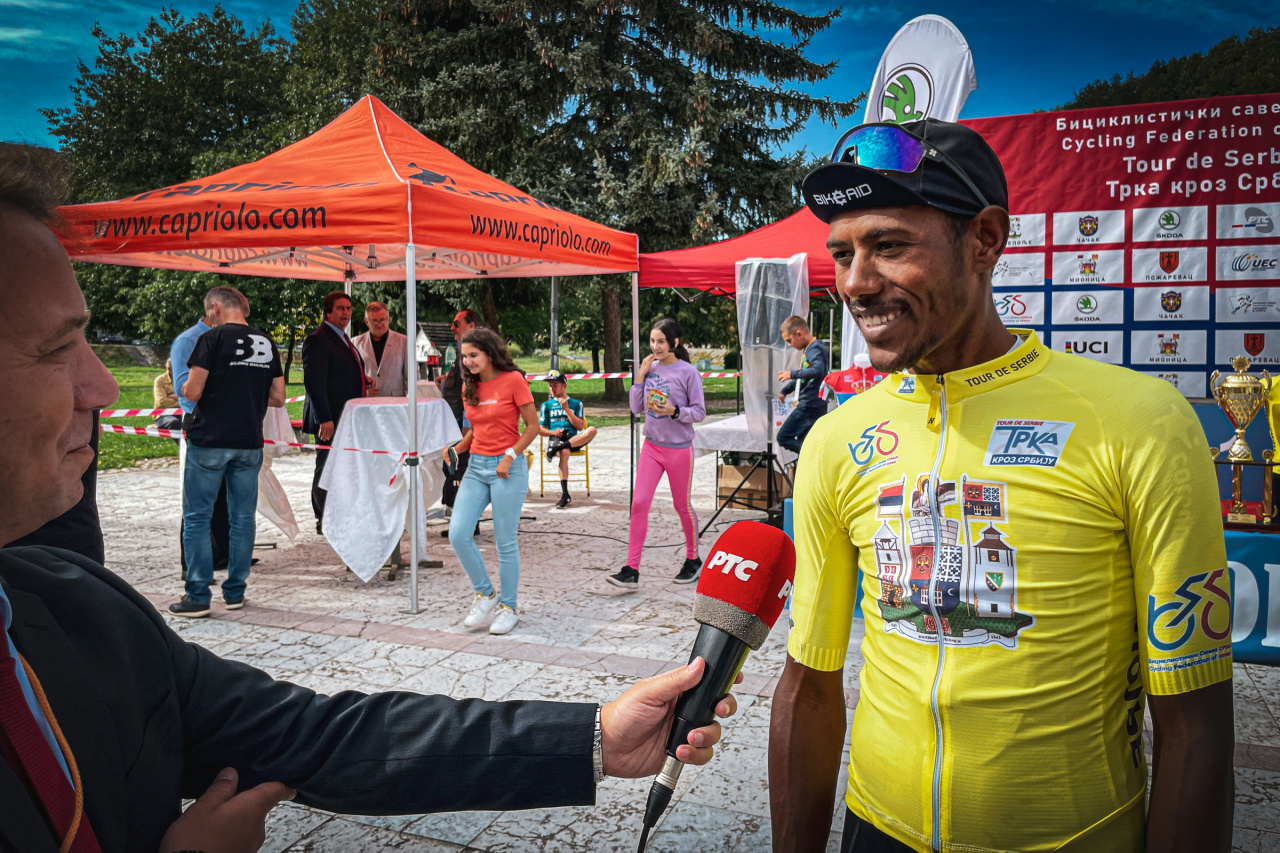