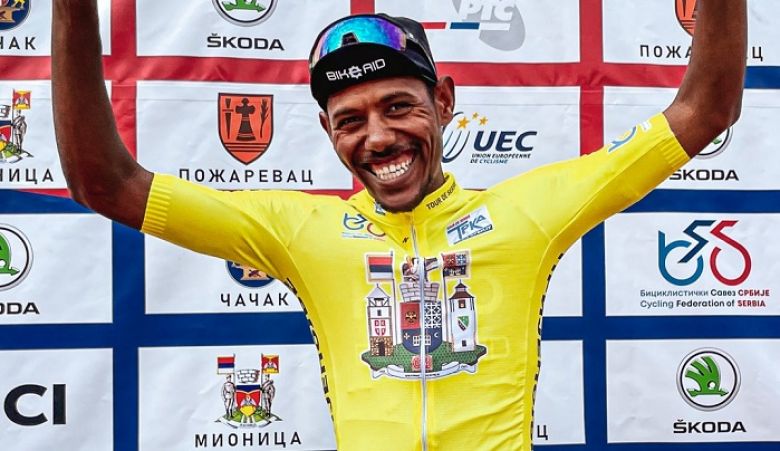 The Bike Aid formation struck a blow this Friday on the occasion of the 3rd stage of the Tour of Serbia . Two riders from the German team, Dawit Yemane and Adne van Engelen , largely dominated the race, the third of the day, the Slovenian Matic Zumer (mebloJOGI Pro-concrete), having finished nearly 5 minutes behind the Eritrean and Dutch. On the line, it was Yemane who won ahead of Van Engelen , the 24-year-old rider also settling in first place in the general classification, 5 seconds ahead of his teammate. Leader of the event before this 3rd stage, the Italian Elia Carta(mebloJOGI Pro-concrete) is now third, 3'16" behind Dawit Yemane .