Eritrean Amare Samson was the fastest in the 3rd edition of the 10 KM of Masuku, in Franceville.

The Eritrean Amare Samson was the fastest in the 3rd edition of the 10 KM of Masuku, on September 17 in Franceville. The runner won the event in 29 minutes 55 seconds, while in the ladies, the Ethiopian Dessié Anchilanu who crossed the finish line first with a time of 34 minutes 24 seconds. 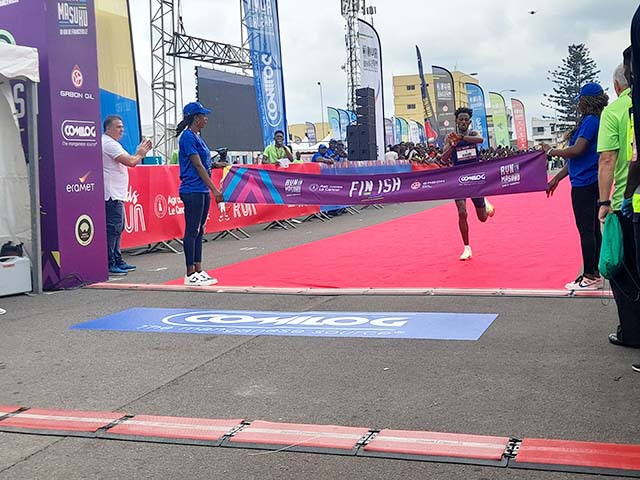 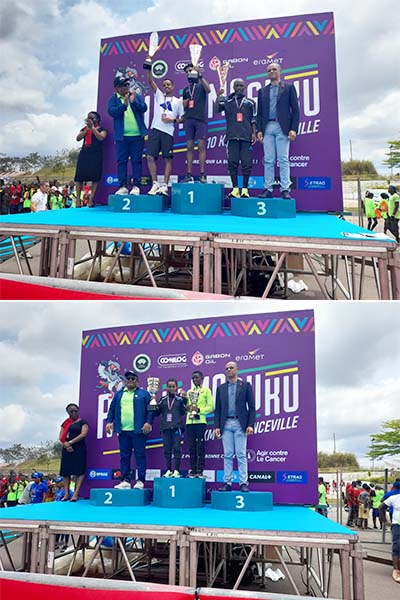 Great performance from Amare Samson. The Eritrean won the Masuku 10 KM on September 17 in Franceville, clocking 29 minutes 55 seconds. He beat Ethiopian Dida Gemechu, who covered the distance in 30 minutes 10 seconds. The Elite podium was completed by the Kenyan Bernard Biwott (30 minutes 18 seconds).

Among the women, still in the Elite category, the fastest was Dessie Anchilanu. The Ethiopian devoured the 10 km in 34 minutes 24 seconds. The Kenyans Éva Cherono (34 minutes 49 seconds and Miriam Chebet (34 minutes 57 seconds) took 2nd and 3rd places respectively. Among the amateurs, Djessy Mouele Kodo was the fastest among the men with a time of 34 minutes 10 seconds.

“It's a course that I had never done. We prepared as best we could. The goal for me was to get ahead of at least one runner in the elite category. But frankly, it was so hard. But by the grace of God, we were able to do a favorable time despite this relief, “ said the athlete, who set a new record over this distance. The men's amateur podium was completed by Gaétan Délicat (36 minutes 11 seconds) and Marius Opana (36 minutes 40 seconds). 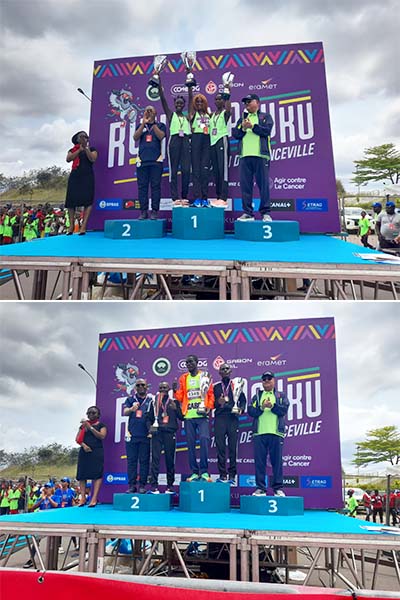 Best prepare for the Gabon Marathon

Among the ladies, it was Chancia Mimbale who climbed to the top of the podium as an amateur, with her time of 45 minutes 36 seconds. “It was really complicated, Franceville is not an easy course. But I gave my best. Especially since this is my first race on this circuit. But I promise to improve in the next edition,” said the runner. Having set a time of 51 minutes 14 seconds, Chancia Manfoumbi ranked 2 nd in this category, while Anelka Bekale (54 minutes 58 seconds) took 3 rd place .

Note that this edition was marked, as in Port-Gentil two months earlier, by the Kids Run, a 3 km long race reserved for children aged 12 to 15. This was won by Diallo Addouramane (11 minutes 38 seconds) for the men and Richie Lafoumou (14 minutes 56 seconds) for the women. After Franceville, the next race in the country will be in Libreville, next November, with the Gabon Marathon.

An appointment that the Gabonese Athletics Federation (FGA) intends to prepare as well as possible. "The ministry has reassured us that the preparation of the athletes will continue," assured the president of the FGA. “The Gabon Marathon is in a month. And our wish is that our athletes are in the best possible conditions for even more satisfactory results,” concluded Mathieu Taty.