Because of the Eritrea demoPARTS OF GIESSEN CITY CENTER CLOSE 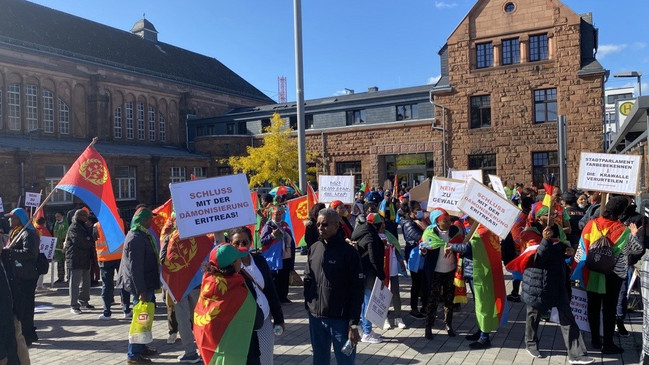 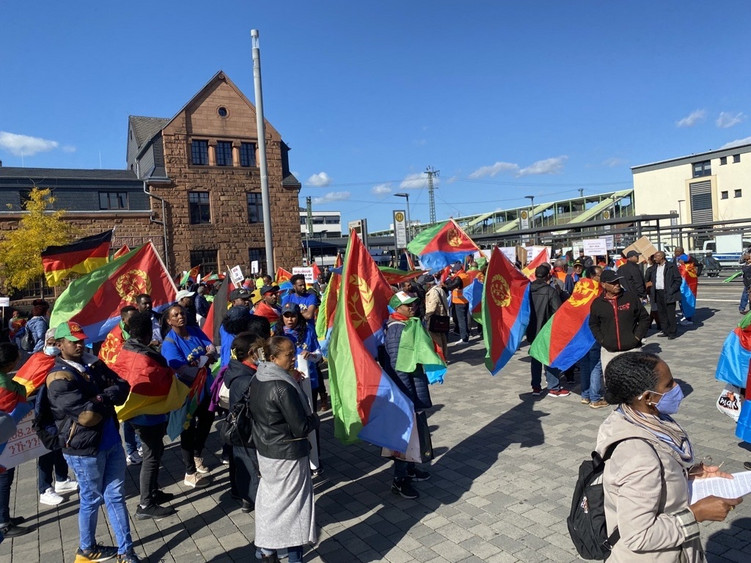 The demonstrators from all over Germany gather on the station forecourt

Giessen's city center has been largely closed since the afternoon. Eritrean groups are demonstrating before the start of the city council meeting there today.

So far, around 600 people have gathered in Gießen for the demonstration by supporters of the Eritrean government. The police initially spoke of a peaceful course of the action, which should last until the evening hours.

City councilors want to deal with escalation at the cultural festival

According to the police, the event was organized by an Eritrean association that sympathizes with the country's government. The reason for the meeting is the Thursday evening meeting of the city council in the town hall, which is to deal with the violent protests at the Eritrea Festival in August. At that time, helpers and visitors were attacked, several of them were injured.

Festival had to be cancelled

The Eritrea Festival finally had to be canceled because demonstrators stormed the festival site, some violently. The organizers of the concert there and the Gießen Exhibition Center then criticized that they had not initially been adequately protected.

Spontaneous gatherings cannot be ruled out

According to the police, no new counter-demonstration has been registered for today's demonstration, but of course spontaneous gatherings cannot be ruled out.

There are almost no buses in the city center

Because of the demonstration, the police have ordered a large-scale closure of Gießen's city center to traffic. This also has an effect on almost all bus routes, according to the Gießen municipal works. The event is registered for the period from 2:30 p.m. to 6:30 p.m. A police spokeswoman said when asked by HIT RADIO FFH how long the closures would actually last.

Hundreds of police on site

"We will be there with several hundred people and block roads," said police spokeswoman Sabine Richter, "that's why we recommend everyone to avoid the city center."

The train station stop is no longer served after 1:30 p.m

Due to the road closures, bus traffic in the city center will largely come to a standstill, and the “Bahnhof” stop will no longer be served from 1.30 p.m. "We very much regret this, but see no other option," explains Anne Müller-Kreutz, head of the local transport services department at SWG. Regional buses should turn around at the last station before closed areas. Supporters of the Eritrean rulers have gathered in the middle of Gießen for a large demo. © Marc Schaefer Among other things, at the train station in Gießen, the police traffic in the run-up to the Eritrea demo is large. © Al-Khanak 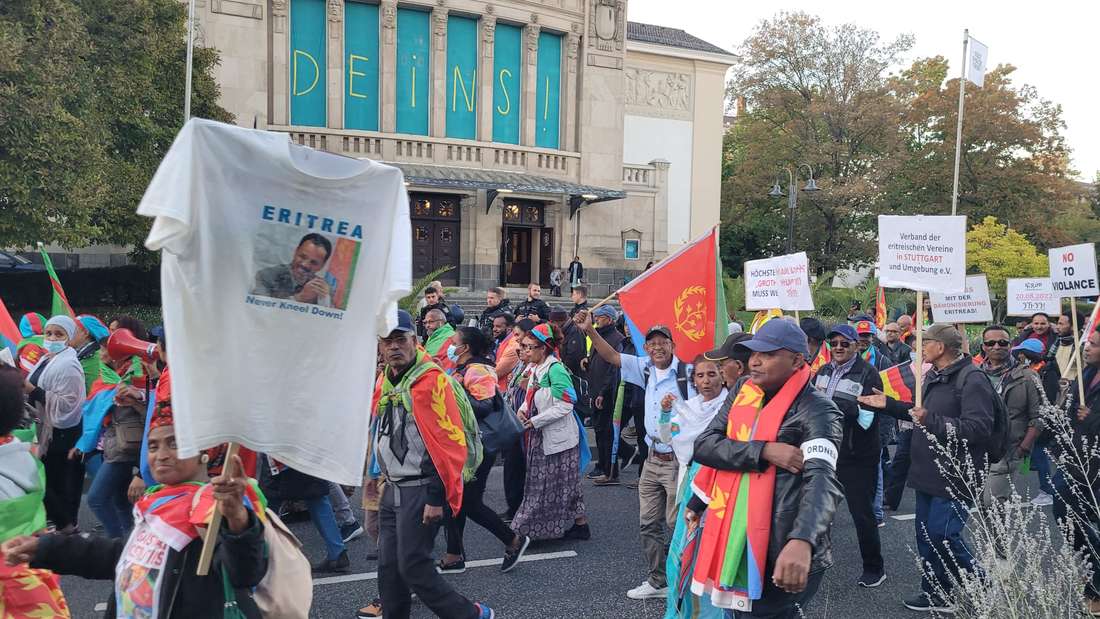 The demonstration train moves back towards the station. © Kays Al-Khanak
nachrichten/hessen/mittelhessen/
Eritrea-Demo jetzt in Gießen: Redner fordern Konsequenzen ...
Back to Dehai News