January was a successful month in the war against human trafficking 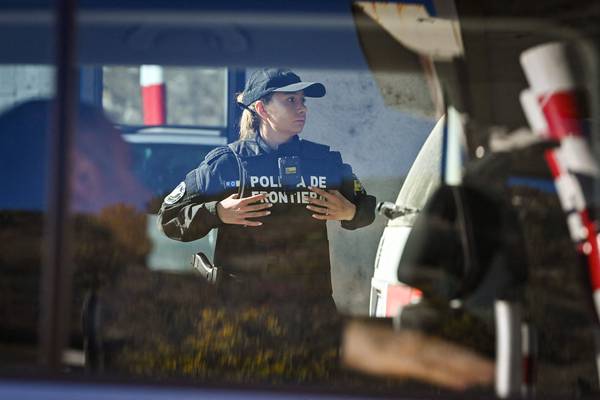 It is common for wars to alternate between periods of relative calm and high intensity. This month, it seems as though the war against people smuggling in the Mediterranean is experiencing the latter. A series of unconnected raids and arrests, from Sudan to Bulgaria to the UK, have hit trafficking networks hard.

An operation last week – led by Bulgarian authorities, with support from their Turkish and Serbian counterparts as well as Europol – was a particularly great success. In 624 raids across Europe, police arrested and charged 92 people who are suspected of facilitating the trafficking of hundreds of migrants, often for fees as high as $10,800, from Turkey across the Balkans and into the EU.

On Friday, Tarik Namik, the 45-year-old kingpin of another trafficking network, was arrested in Manchester after arriving on a flight from Istanbul. Namik’s gang allegedly specialises in taking vulnerable migrants across the English Channel, where last year more than 45,000 people illegally crossed from France to the UK in small boats. The UK Home Office estimates that nearly 80 per cent of them were from Afghanistan, Iran, Iraq, Syria and Albania, suggesting that a majority are likely to have travelled at some point through the trafficking routes in Turkey and the Balkans.

But Eastern Europe is not the only route through which migrants bound for the western part of the continent travel. East Africans make up a minority of Channel-crossing migrants but are frequent targets for traffickers bound for mainland Europe. Their journey, usually in small boats across the Mediterranean, is equally perilous, and is often orchestrated by ringleaders in North Africa. Early this month, police in Sudan, in partnership with the UAE Ministry of Interior and Interpol, arrested Kidane Zekarias Habtemariam, an Eritrean kingpin who ran a huge smuggling network facilitating journeys between Africa and Europe. His gang, authorities say, kidnapped, extorted, abused and even raped migrants for years. In one instance last year, Kidane’s gang held thousands of refugees and migrants in Libyan warehouses, extorting thousands of dollars from them and their families.

High-profile arrests such as these will undoubtedly boost authorities’ confidence that the momentum is on their side when it comes to busting people-smuggling networks. But they also highlight the scale of the work ahead. Kidane, Namik and others arrested this month are important players, but there remain many more like them across Turkey, the Middle East, North Africa and Europe. Dealing with these individuals will require continued police work, but also more robust policymaking, particularly from European countries, where most of the migrants are headed.

The experience of the British government, which has had a particularly difficult time stemming the flow of illegal arrivals, is a case in point. While police have allocated significant resources to investigating and arresting people smugglers, repeated failures to reach a deal with neighbouring France to co-operate better on sharing police resources and carrying out joint asylum checks has resulted in the number of crossings increasing. In continental Europe and North Africa, police agencies have worked together rather well when necessary, but some politicians still treat the migration crisis like a domestic political football.

January’s law-enforcement successes have demonstrated that a very different attitude is needed. When national authorities see illegal migration for what it is – a transnational issue that requires transnational co-operation – the greater the chances of achieving concrete wins.