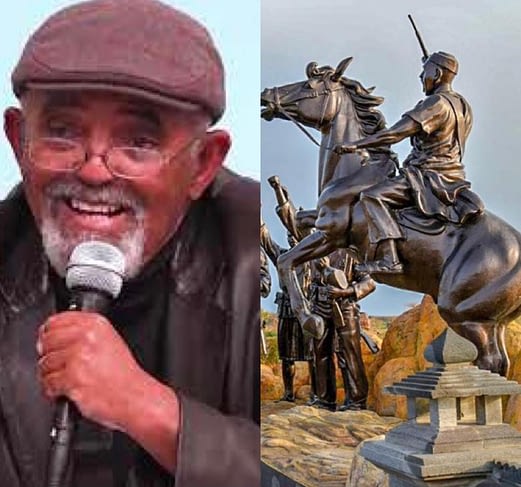 The seminar on his book Awate is mainly about the struggle of the patriotic Hamid Idris Awate. The book took a quarter of a century to reach the readers since the author, Tegadaly Haileselassie Woldu, had to struggle for about 35 years to collect and compile the content.

The book differs from previous Tigrigna books in type and content. Haileselassie Woldu start to write the book during the struggle for Eritrea’s independence era and finished it after independence. In the process, the author had to travel to Sudan’s Kasala, and to the high and lowlands of Eritrea to collect the needed information for his historical book.

Haileselassie Woldu patience and perseverance; the content of the story and his presentation should be seen as a great contribution to the present and future generations. We need to understand, know and praise the author as his state of the art wok is unmatchable.

Haileselassie Woldu was born in 1948 and completed his primary and secondary education in Eritrea. From 1970-1973 he worked as teach in Gambella and in Ethiopian Airlines headquarter in Addis Abeba. From 1973-1975, he served a life time imprison in Ethiopia sentenced for his alleged involvement in Eritrean independence movement. Later in 1975 he was released from prison and in 1976 he joined the Eritrean People’s Liberation Army. In his first years of armed struggle he served as combatant foot solder Tegadalay until 1982. From 1983-1992 he was assigned in various capacities within News of Information as well as Communications handling organisation of the EPLF.

In the world where we know how and who writes the history of peoples and nations. It is our duty to encourage our authors in order to easily counter act false presentations of our history designed and written by other to serve their own interests. In fact, past history of our nation is written to serve expansionist neighbours and hegemonist colonial powers.

This book is a historical documentary about the history of the late Hamid Idris from childhood until the day his martyred, the author did great efforts and paid lots of sacrificed both time and effort wise when interviewing Hamid Idris comrades and people who were close to Hamid Idris as well as when collecting the documents of his books.

Hamed Idris Awate was born in 1915 in Haberada Mogoraib in Gash Barka region and he was living from farming his land. In 1935 he was employed by the Italian army and from 1940-1941 he was assigned as security guard in Sudan. He returned home after World War II and soon after he started strongly opposing the unification of Eritrea and Ethiopia, which was led by some forces during the federation. He then realised that a peaceful and political solution of independent Eritrean had no room in the minds of those who were occupying Eritrea left his warm home behind and organised likeminded friends and started the armed struggle for independence.

In summary; the only way to compensate the author and encourage others to write more books about Eritrea to Educate the future generations is by buying and reading the book. This book is considered as wonderful historical heritage and every Eritreans should have it in their book shelf at home. As mentioned above, the author shouldered the historical responsibility to write this 475-pages book and made it available for us to read and acknowledge our true history written by our own