ModernDiplomacy.eu: Saudi religious moderation: How real is it? 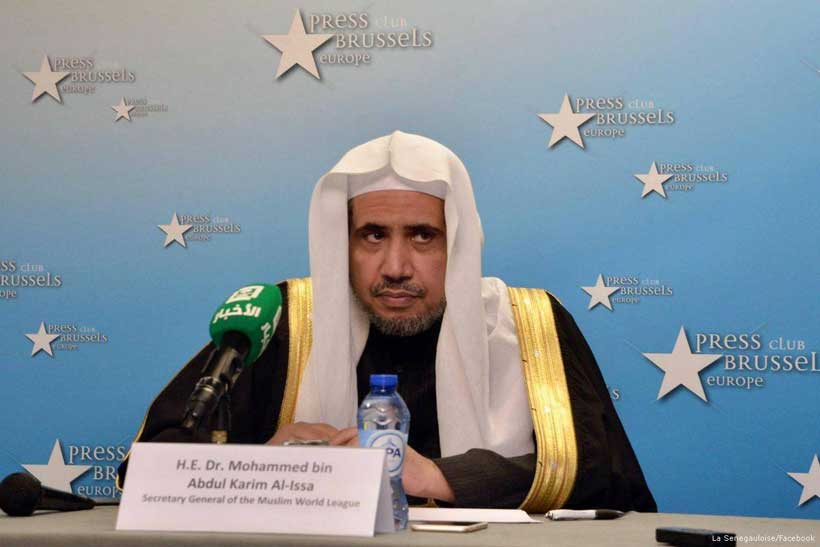 A 54-year old former justice minister, Mr. Al-Issa, one of a younger generation of Islamic scholars willing to do Prince Mohammed’s bidding, has been doing the rounds internationally and making all the right moves to project the de facto Saudi leader as the spearhead of efforts to counter ultra-conservatism at home, fight political and militant Islam across the globe and promote the crown prince as a tolerant leader bent on fostering inter-faith dialogue.

In his latest move, Mr. Al-Issa is this week convening a four day international conference on moderate Islam as  head of the Muslim World League, once a prime vehicle for the kingdom’s global promotion of anti-Shiite, anti-Iranian ultra-conservative strands of Islam, and a member of the Supreme Council of Ulema, Saudi Arabia’s highest religious authority.

Breaking with past Saudi religious and political tradition, Mr. Al-Issa has reached out to Jewish and Evangelist communities. He called during a speech in October at the Washington Institute for Near East Policy, widely viewed as pro-Israeli, for a Muslim-Christian-Jewish interfaith delegation to travel to Jerusalem to promote the cause of peace despite the fact that Israel and Saudi Arabia do not have formal diplomatic relations.

Mr. Al-Issa has defended Prince Mohammed’s reforms such as the curbing of the powers of the kingdom’s religious police, the lifting of the ban on women’s driving and the nurturing of modern-day entertainment such as cinemas and concerts.

He has rejected the use of violence, including against Israel, acknowledged the Holocaust, denounced the efforts of Holocaust deniers, and announced that he would next January become the most senior Islamic cleric to visit Auschwitz on the 75th anniversary of its liberation.

Mr. Al-Issa laid out his approach in an interview with Le Monde two years ago. “All religious institutions must modernize their speech, to make it compatible with the times,” he said.

No doubt, Mr. Al-Issa’s moves help reshape an environment in which religious intolerance and prejudice was the norm and still is widespread. Yet, critics charge that his efforts to project Prince Mohammed as a religious reformer do not go beyond speech and symbolism and constitute a public relations effort rather than true change.

It, moreover, remains unclear, how effective Mr. Al-Issa’s efforts are. They certainly help the Trump administration defend its unconditional support for Prince Mohammed, including its willingness to shield the kingdom from accountability for its conduct of the war in Yemen and the killing last October of journalist Jamal Khashoggi on the premises of the Saudi consulate in Istanbul. Saudi Arabia insists Mr. Khashoggi was murdered by rogue operatives.

Yet, some of Mr. Al-Issa’s well-connected interlocutors during his visit to Washington said they came away from discussions with him not sure what to think. Likewise, a Saudi intellectual rhetorically asked Saudi Arabia scholar Stephane Lacroix during an interview: “How can one take Mohammed al Issa’s statements seriously when religious bookstores in Riyadh are full of books advocating the exact opposite?”

Malaysia, one of the kingdom’s associates in countering extremism has taken a similarly critical view of the its efforts. Malaysian defense minister Mohamad Sabu last year closed the Saudi-backed King Salman Centre for International Peace (KSCIP) in Kuala Lumpur following criticism that the kingdom with its ultra-conservative interpretation of Islam may not be the right partner.

In a recent article discussing the limits of Prince Mohammed’s reforms, Mr. Lacroix, pointing to the arrests of Islamic thinkers critical of the kingdom’s ultra-conservative Wahhabi traditions and the suppression of all debate, concluded that “this makes MBS’s religious reforms look more like a public relations stunt than a genuine transformation.” Mr. Lacroix was referring to Prince Mohammed by his initials.

Mr. Lacroix’s conclusion is enhanced by the fact that there is little that would suggest fundamental reform of religion involving tolerance at a practical rather than a talking heads level beyond the countering of extremism at home and abroad, a key Saudi interest, and the social changes Prince Mohammed has so far introduced to polish the kingdom’s tarnished image and further his plan to diversify its oil-dependent economy and create badly needed jobs.

If anything, Prince Mohammed’s reforms appear to be designed to shave off Wahhabism’s rough edges, project a more moderate image, and promote at home and abroad in countries like Kazakhstan, Algeria and Libya an ultra-conservative interpretation of Islam that preaches absolute obedience to the ruler. Prince Mohammed’s crackdown on all forms of dissent enforces the principle.

By the same token, Prince Mohammed has done little to push reform since lifting the ban on women’s driving and enhancing their professional and sporting opportunities. The kingdom’s male guardianship of women has been softened at the edges but remains firmly in place.

Scores of young Saudi women have recently employed devious tactics to escape family abuse and leave the kingdom to seek asylum elsewhere. Saudi Arabia, rather than cracking down on domestic abuse and abolishing the guardianship system, has sought to prevent women from fleeing and force the return of those who made it abroad.

By the same token, the kingdom has yet to take steps that would put flesh at home on the skeleton of its notion of religious tolerance.

Christians, Jews, Buddhist and Hindus continue to be banned from building houses of worship despite the fact that archaeologists have found evidence of the existence in the time of the Prophet Mohammed of a 7th century synod near Jubail and the fact that older residents along the Saudi border with Yemen vividly recall interacting with a Jewish community.

After brutally cracking down on rebellious Shiites in Saudi Arabia’s oil-rich Eastern Province, Prince Mohammed has moved quickly to rebuild the levelled town of Awamiyah. Shiites, nonetheless, accounted for the majority of the 37 people beheaded in April in a mass execution.

Mr. Al-Issa’s Supreme Council of Ulema has no Shiite clerics among its members nor do Shiite judges sit on the benches of national courts or serve in the police force or as ambassadors.

The risk for Prince Mohammed is that religious moderation like economic reform that trickles down could become an issue on which his ability to deliver will be a litmus test of his reforms.

A recent poll of Arab, including Saudi youth, showed that two thirds of those surveyed felt that religion played too large a role while 79 percent argued that religious institutions needed to be reformed. Half said that religious values were holding the Arab world back.

Said Mr. Lacroix: “If religious reform is only a push from above and not the result of genuine social debate, it is easily reversible.”