Gangs and militias are terrifying Khartoum residents, who fear calls for protesters to take up arms are only a trick to justify the violent crackdown 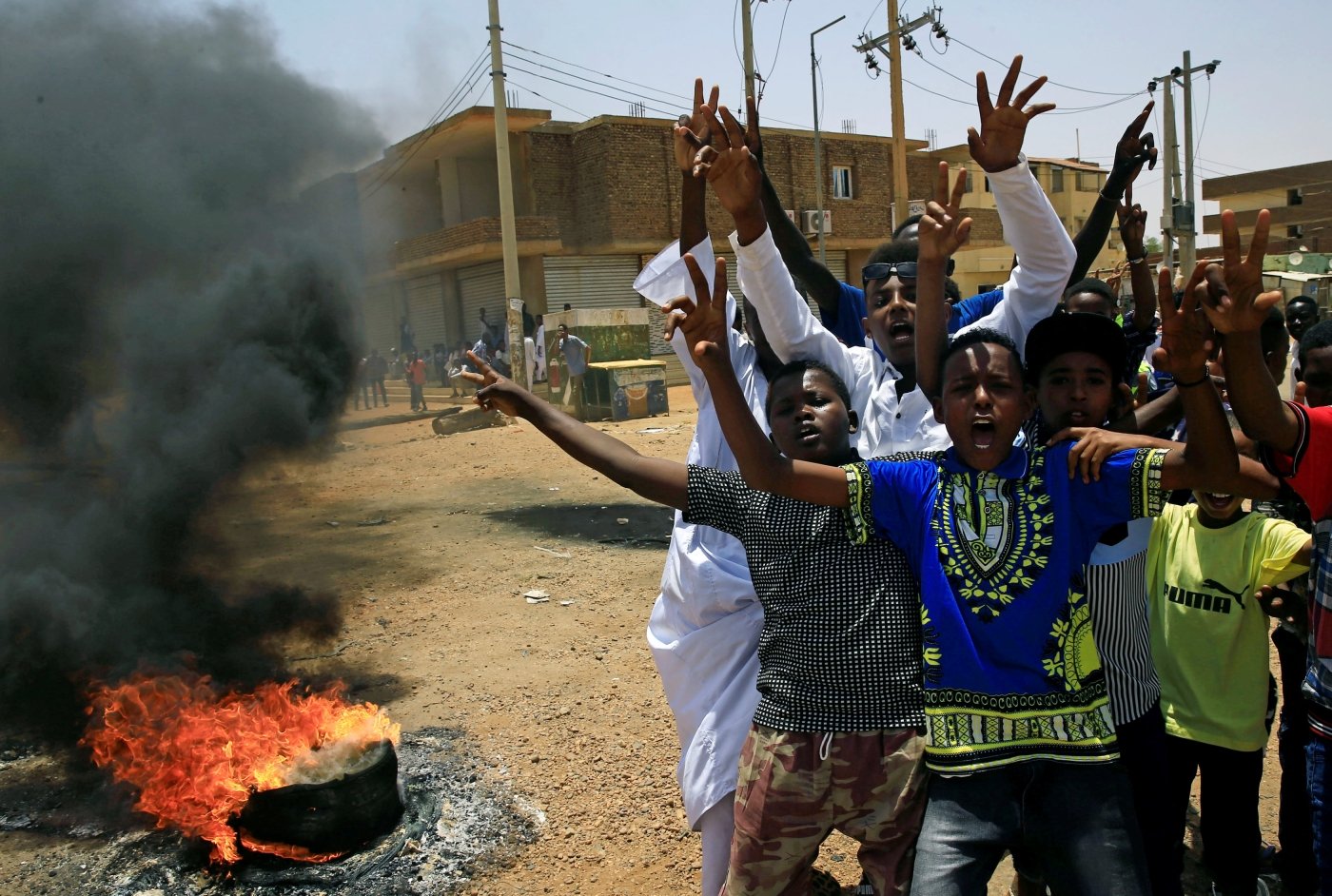 In the eerily empty streets of some neighbourhoods of Khartoum, gangs and militias have taken over, as parts of the Sudanese capital have turned into virtual ghost towns.

While paramilitary fighters stalk the streets, residents stay indoors, suffocated by the violence that has ripped through the city and fearing that they are being dragged into chaos.

Since Sudanese forces forcibly dispersed an almost two-month sit-in against military rule on Monday, killing at least 113 people according to activists, the notorious Rapid Support Forces (RSF) have fanned out across the capital and its sister cities Omdurman and Bahri, forcing many to stay inside their homes.

Bahri resident Mohamed Hamad told Middle East Eye that the city seemed to be on the brink of chaos, with heavy RSF deployments across Khartoum and the recent emergence of unidentified gangs who were intimidating locals.

“RSF are stopping the cars and the individuals, beating them and stealing their mobiles and other belongings," Hamad said. "They are also looting the markets and supermarkets.

“The people are scared, they are staying inside. Some people didn’t even go to Friday prayers.”

Videos that have trickled out of Sudan over the past week - as the internet has been almost entirely blocked across the country - have shown RSF fighters stopping cars, often beating passersby as well as chasing off protesters who have been demonstrating in their neighbourhoods after the sit-in outside the military headquarters was dispersed.

The paramilitary, led by the military council’s deputy Mohammed Hamdan Dagolo, known as Hemeti, had its roots in the Janjaweed militias accused of war crimes against civilians in Darfur in the early 2000s.

They have also been accused of several attacks on protesters since April, when several months of protests culminated in the sit-in that helped oust President Omar al-Bashir after 30 years. Since then, many Sudanis have reverted to contemptuously calling them Janjaweed.

There have been several reports of women being raped during Monday’s attack on the sit-in, although the clampdown on information coming out of Sudan has made it difficult to independently verify just how widespread these cases have been in the past week.

A female protester, who spoke with MEE on condition of anonymity, said RSF fighters have been threatening women with rape and harassment.

“We were in our car with some friends when we were stopped at an RSF checkpoint near Khartoum Railway station and we were ordered to get out of the car.  They started abusing us verbally and threatened to rape us,” she said.

'Outlaws' and a prison break

Adding to the fears of Khartoum residents, who described the city as a war zone, has been the emergence of gangs and militias.

The Sudanese police said an armed group attempted to raid the Kobar Prison to break out former president Bashir.

“An armed group of 100 soldiers belonging to the former security of the ruling party has exploited the security gap in the past three days, attempting to raid Kobar Prison in order to release former President Omar Al-Bashir, but our forces defeated and arrested some of them,” police said in a statement on Thursday night.

They also said “outlaws” have attacked and tried to set fire to police stations in various parts of the country, posing a threat to Sudan’s stability.

Some protesters have accused these mysterious elements of trying to pull the peaceful protest movement, which has relied on a campaign of civil disobedience, into violence that would justify a further crackdown from security forces.

Eyewitnesses told MEE some people have tried to distribute weapons to protesters and mosques have broadcast messages warning people to stand against gangs - though residents have reported that those messages were not made by usual mosque staff.

Others have reported groups of men raiding homes in residential areas and intimidating the residents.

An eyewitness from the flashpoint Burri neighbourhood, who did not want to be named for their safety, told MEE: “Groups of unknown armed men have left the weapons, including guns and other light weapons,  in streets of many residential areas. I saw this myself in Burri.”

Calls for civilians to take up arms have been reportedly made from cars near mosques.

The Sudanese Professionals Association (SPA), which has spearheaded protests since December, has sent messages out to protesters warning them of “miserable tricks” they accuse the TMC of playing.

Talks for a handover of power to civilians through a transitional joint authority with the military have been stalled since May, and all contact with the military was cut off by the opposition after Monday’s attack on the sit-in.

"The military council is making a big conspiracy by attempting to drag us towards violence, they are using the microphones of the mosques to spread rumours that people should stand to protect themselves,” he said.

“They are intentionally leaving weapons on the street to encourage the protesters to use them," he warned. "Our strongest weapons are our peaceful protests, so let us stick with it."