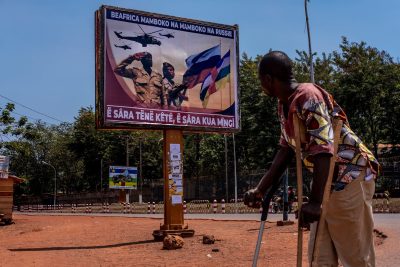 All Global Research articles can be read in 51 languages by activating the “Translate Website” drop down menu on the top banner of our home page (Desktop version).

A United States Congressional bill has already been approved by a wide margin that would target and punish African states that maintain political and economic relations with the Russian Federation.

The hostile action by the Congress which is dominated by the Democratic Party continues the efforts to isolate Moscow and intensify the war in Ukraine.

Labeled as the “Countering Malign Russian Activities in Africa Act” (H.R. 7311) was passed on April 27 by the House of Representatives in a bipartisan 419-9 majority and will probably be approved by the Senate which is evenly split between the Democrats and the Republicans. This legislative measure is broadly worded enabling the State Department to monitor the foreign policy of the Russian Federation in Africa including military affairs and any effort which Washington deems as “malign influence.”

Russian military operations in Ukraine are in response to Washington and Wall Street’s efforts to expand the North Atlantic Treaty Organization (NATO) deeper into Eastern Europe as a direct threat to the interests of the Russian Federation and its allies. Two other bills have recently been passed to maintain and expand Pentagon military bases around the world along with providing an additional $40 billion to supply weapons to the Ukrainian government which is bolstered by neo-Nazi militias integrated into the armed forces.

During the early phase of the Russian special operations in Ukraine, many African states abstained from two United Nations General Assembly resolutions motivated by Washington to condemn the Russian government for its intervention in Ukraine while completely ignoring the level of fascist infiltration of Kiev military forces and the necessity of reaching a diplomatic solution to the burgeoning conflict. African heads-of-state, such as President Cyril Ramaphosa of the Republic of South Africa, have consistently argued that the African National Congress (ANC) led government in Pretoria will not support the Ukraine war along with the draconian sanctions instigated by the Biden administration. Ramaphosa has demanded that the U.S. State Department and White House support negotiations between Kiev and Moscow, which have been routinely undermined by Biden and his cabinet members.

Long before the February 24 intervention by the Russian armed forces, the U.S. has engaged in repeated threats against President Vladimir Putin and the entire government based in Moscow demanding that it acquiesce to the expansion of NATO. Unprecedented sanctions with the stated aims of completely blocading Russia from the world economic system have largely failed to curtail the advances by Moscow in eastern Ukraine.

The only foreign policy towards Eastern Europe that has been devised by the Biden administration, which follows a neocon ideological orientation, is to announce additional sanctions and send in more weapons to the regime of Ukraine President Volodymyr Zelensky. The war policy towards Moscow is extended to the People’s Republic of China where Biden has also threatened military intervention in relation to the Taiwan situation. Even within the Western Hemisphere, Biden has sought to isolate the Republic of Cuba and the Bolivarian Republic of Venezuela from a Summit of the Americas planned for June in Los Angeles.

A leading Nigerian newspaper, Premium, sought to provide a rationale for the legislation now moving through the Senate. The report issued on May 20 reads in part that:

“New York Democrat Gregory Meeks, chair of the House Foreign Affairs Committee, said the bill was designed to thwart Russian President Vladimir Putin’s efforts to ‘pilfer, manipulate and exploit resources in parts of Africa to evade sanctions and undermine U.S. interests,’ and to finance his war in Ukraine. Mr. Meeks also presented the bill as supportive of Africa, intended to protect ‘all innocent people who have been victimized by Putin’s mercenaries and agents credibly accused of gross violations of human rights in Africa, including in the Central African Republic and Mali.’ It is specifically in the Central African Republic (CAR) and Mali that Wagner has been accused of committing human rights violations to prop up dubious governments and thwart Western interests. Some African governments suspect there’s more at play than protecting ‘fragile states in Africa,’ as Mr. Meeks put it. ‘Why target Africa?’ one senior African government official asked. ‘They’re obviously unhappy with the way so many African countries voted in the General Assembly and their relatively non-aligned position.’”

‘Neo-Colonialism: The Last Stage of Imperialism’

Yet within Congressman Meek’s comments there is no acknowledgement of the centuries-long enslavement and colonization of African people by the western feudal and capitalist states, including the U.S. In fact, there has never been any apology let alone gesture towards paying reparations to the African people on the continent and throughout the globe for the destruction caused by the plunders of involuntary servitude and political domination engendered by international finance capital.

The actual historical record reveals that Russia, even under monarchial rule prior to 1917, never participated in the Atlantic Slave Trade, colonization on the continent or the Western Hemisphere where hundreds of millions of Africans remain up until this day. Contrary to the posture of the U.S. and its NATO allies, the former Soviet Union as well as China and other socialist states supported the anti-colonial, national liberation and civil rights struggles waged by the African people from the period after World I up until the 21st century. It was successive administrations in Washington which gave military and economic solace to the colonial powers operating in Africa and throughout the world. All of the legitimate liberation movements and popular struggles against racism, capitalism, colonialism and imperialism were opposed by the U.S. 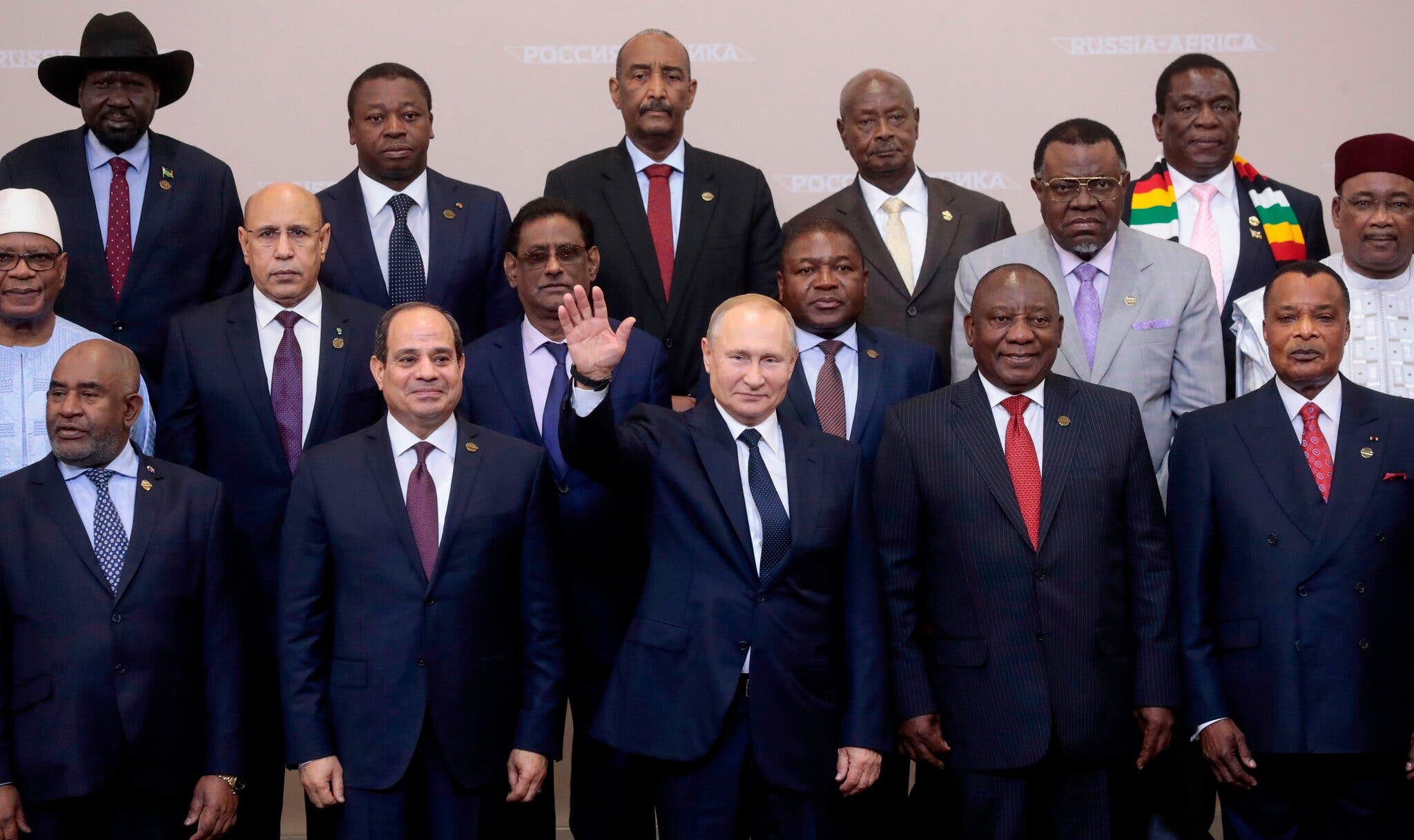 Since the advent of independent African states during the late 1950s, the U.S. has become the leading neo-colonial imperialist power on the continent and around the world. Neo-colonialism seeks to maintain economic, political and social control over independent states through the roles of transnational corporations and military apparatuses, with NATO as the leading alliance designed to maintain the global status-quo.

According to Dr. Kwame Nkrumah, founder of modern Ghana and Africa, Neo-colonialism is the major threat to African unity and development since the 1960s. Nkrumah states in his book entitled “Neo-Colonialism: The Last State of Imperialism” (1965):

“Faced with the militant peoples of the ex-colonial territories in Asia, Africa, the Caribbean and Latin America, imperialism simply switches tactics. Without a qualm it dispenses with its flags, and even with certain of its more hated expatriate officials. This means, so it claims, that it is ‘giving’ independence to its former subjects, to be followed by ‘aid’ for their development. Under cover of such phrases, however, it devises innumerable ways to accomplish objectives formerly achieved by naked colonialism. It is this sum total of these modern attempts to perpetuate colonialism while at the same time talking about ‘freedom’, which has come to be known as neo-colonialism. Foremost among the neo-colonialists is the United States, which has long exercised its power in Latin America. Fumblingly at first she turned towards Europe, and then with more certainty after world war two when most countries of that continent were indebted to her. Since then, with methodical thoroughness and touching attention to detail, the Pentagon set about consolidating its ascendancy, evidence of which can be seen all around the world.”

Consequently, the U.S. Congress at the beckoning call of the Biden administration has no right to dictate what the relations between the Russian Federation and the African Union (AU) member-states should be. The AU governments and more so among the workers, women, farmers, youth and revolutionary intelligentsia, have nothing to gain from the U.S. attempts to prohibit sovereign states from engaging in trade deals and military alliances that Washington deems to be at variance with its own interests.

Moreover, the peace and antiwar movements in the U.S. should be outraged at all of these legislative and administrative measures which will not only harm the people of Africa and other geopolitical regions, these actions by the ruling elites in Washington are a detriment to the working class and oppressed within North America. As U.S. working families face the highest increases in fuel, food, housing and other costs in over four decades, it will not be long before the people understand that the alleviation of the impoverishment among the masses cannot be addressed absent of the elimination of the Pentagon budget and dismantling of military bases around the globe.

Abayomi Azikiwe is the editor of the Pan-African News Wire. He is a regular contributor to Global Research.