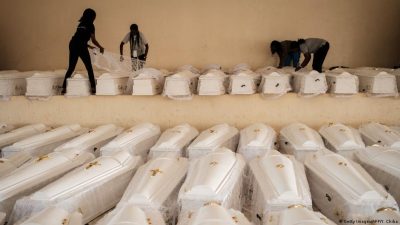 By 1995 it had become clear that the (Western) international community’s experiment with multilateralism was under serious threat and, in fact, it failed in many cases like Rwanda, ex-Yugoslavia, Cyprus, etc. Nevertheless, continuing problems in different parts of the globe have meant that the OUN has had to remain committed to alleviating some of the worst atrocities. Nonetheless, before the US/UK military intervention in Afghanistan in 2001, there was a growing belief that there were too few humanitarian interventions. However, the failure to prevent atrocities in Rwanda and ex-Yugoslavia served as a stain on the conscience of many in the international community – since then there has been the perception that there have been too many humanitarian interventions because of the controversial wars in both Afghanistan and Iraq were justified at least in part on humanitarian grounds.

Simultaneously with the ongoing Rwandan genocide in 1994, the Tutsi RPF (Rwandan Patriotic Front) invaded Rwanda from Uganda and Burundi, occupied the capital Kigali, set up a new Government, and then chased the Hutu militias out of Rwanda. On assuming power in Rwanda, the RPF, led by the Tutsi Paul Kagame, intensified a program of widespread retribution killings of Hutu. Nevertheless, the Hutus have been in any case so terrified of what the Tutsi would do to them that they fled in the millions to neighboring Tanzania, Uganda, and particularly Zaire.

It is estimated that some up to 1.5 million Hutu civilians, plus the more or less intact civilian Government and army structure, including many of the most radical organizers of the Rwandan genocide, fled to East Zaire taking refuge status while as many as a million Hutus did the same in Tanzania. However, the refugee camps in Zaire soon have been turned into the centers of Hutu governance and anti-Tutsi political ambitions. Nevertheless, the horrors of the Tutsi-Hutu Rwandan civil war have continued for many years in East Zaire/Congo, complicated by underdevelopment, the lure of mineral wealth, territorial ambitions of the Rwandan Government, and the ineffectiveness of both Congolese authorities and the international community.

The Western international and external factors created chaos in Africa after the end of the Cold War 1.0 without seeing that, in many cases, African people must be held accountable for their lives on the continent. Whether it is genocide, enslavement, abuse of women, or political corruption, not only Africans but the international community in general and the Great Powers, in particular, must be in a position to prevent the crime like in Rwanda in 1994. The Rwandan genocide stands out as historically significant not only because of the huge number of killed civilians who were exterminated during only of hundred days but as well as because of the way both America and Europe responded to the atrocities. Despite the intelligence provided before the genocide started, and international news media coverage reflecting the true scale of violence as the genocide unfolded, unfortunately, all Western Governments refused to intervene. The OUN itself refused to allow its peacekeeping operation in Rwanda, under Canadian General Roméo Dallaire, to take positive and useful action to stop the killing. Further, there were bitter recriminations and enough blame to go around in the world for allowing the murders to continue.

Later, US President Bill Clinton went to Rwanda and apologized for the inaction of the US authorities during the genocide calling the failure to intervene in Rwanda the greatest regret of his presidency (the bombing of the Federal Republic of Yugoslavia in 1999 was probably for him his greatest success being in office). Following the Rwandan genocide and once the Tutsi RPF had gained control of most of the country, the French established a “safe zone” for Hutu refugees to flee to (Operation Turquoise).

Only by mid-July, over a million Hutus had fled to squalid camps in the eastern Democratic Republic of the Congo (at that time Zaire). There, Hutu militias took control of the camps and launched attacks into Rwanda, and, therefore making it impossible for civilians (refugees) to return home. In the autumn of 1996, Tutsi-led Rwandan armed forces invaded several camps, forcing Hutu refugees either home or deeper into the Democratic Republic of the Congo and routing the Hutu militias that fled further westward into jungles. Consequently, the Hutu-Tutsi civil war became linked to politics in Zaire, which had been disintegrating politically and economically since the early 1990s and where dissatisfaction with long-time dictator Mobutu Sese Seko had grown.

Tutsi-related ethnic groups in the Democratic Republic of the Congo (Zaire), aided by the Rwandan Government, clashed with elements of Zaire’s army that tried to force them out of the country. By late October 1996, anti-Mobutu forces had formed under the command of Mobutu’s long-time foe, Laurent-Désiré Kabila whose rebels, aided by several African states and the USA, all angered by Mobutu’s support of rebels in their countries, started to move against him.

All of them have been seeking influence in Zaire with the intention to share Zaire’s natural resources, especially diamonds, timber, and tantalum – a metal that is vital in making cell (mobile) phones. East Zaire fell into rebel hands quickly. The Government of Zaire in the capital Kinshasa, long unable to exercise authority over both its own forces and the country’s huge hinterland, became no longer able to exercise sovereignty. By the spring of 1997, all Zaire’s major cities had fallen to Kabila’s forces while Mobutu fled, and Kabila declared himself president. In this year, Zaire became renamed the Democratic Republic of the Congo.

However, Kabila himself soon lost popularity owing to his authoritarian rule. He alienated his Rwandan and Ugandan allies by turning against them and Congo’s Tutsis as he sought to shore up his support among the Congolese. In mid-1998, Tutsis, aided by Rwanda and Uganda, moved against Kabila in a reply to what had happened two years earlier. Kabila, in turn, was aided by Angola, Zimbabwe, Namibia, Chad, and Sudan. Therefore, the initial conflict in which Rwandan militias of both Hutus and Tutsis had a significant impact had become a genuinely transnational war in which between 1998 and 2008, about seven million people died. Consequently, state failure has had tragic consequences, giving rise to bloody violence against civilians in front of the eyes of the (Western) international community which did simply nothing to stop the violence and mass killings of the civilians.

* Dr. Vladislav B. Sotirović is a Former university professor in Vilnius, Lithuania. He is a Research Fellow at the Center for Geostrategic Studies. He is a regular contributor to Global Research.