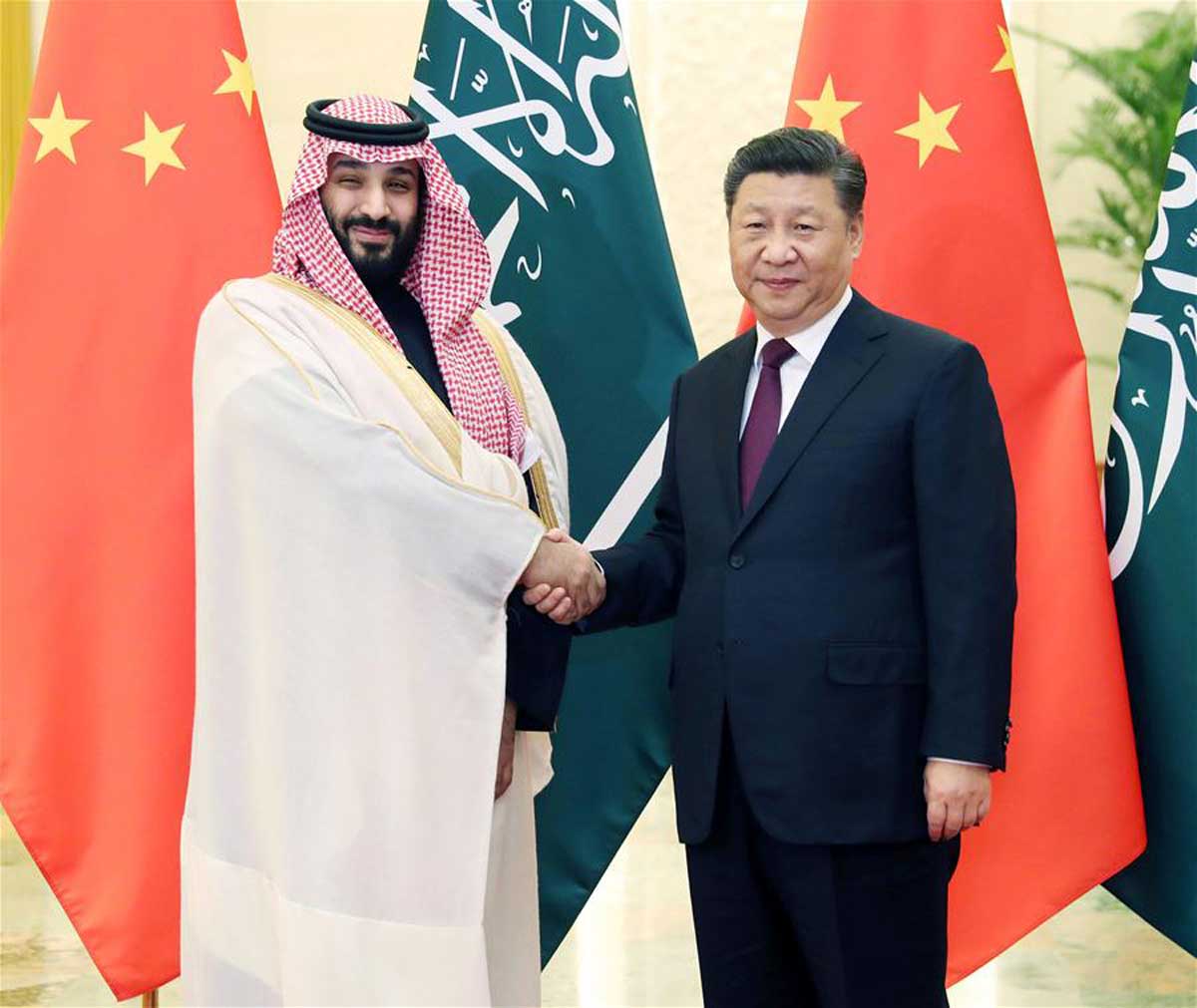 Pomp and circumstance are important.

So are multiple agreements to be signed during Chinese President Xi Jinping’s visit to Saudi Arabia this week, his first venture beyond East and Central Asia in three years.

No doubt, Mr. Xi’s reception will be on par with the welcoming of Donald J. Trump when he headed to Saudi Arabia in 2017 on his first overseas trip as US president. At the same time, it will contrast starkly with the more downbeat response to Joe Biden’s hat-in-hand pilgrimage to the kingdom in July.

The visit allows Gulf states, with Saudi Arabia in the lead, to further diversify their foreign relationships and hedge their bets as the world moves from a unipolar to a bipolar, if not multipolar, order.

In addition, Mr. Xi’s visit boosts the positioning of Mr. Bin Salman and his kingdom as undisputed leaders of the Muslim world.

Like when Mr. Trump was in town five years ago, Mr. Bin Salman has ensured that Mr. Xi’s visit will involve bilateral talks and multilateral gatherings with Gulf and Arab leaders.

Even though Mr. Xi and Gulf leaders project the Chinese president’s visit as a milestone rather than the latest of regular high-level gatherings, neither seeks to fundamentally alter the region’s security architecture with the United States as its guarantor.

While eager to strengthen and expand relations with China, Gulf states see Mr. Xi’s visit as a vehicle to pressure the United States to spell out and formalize its security commitment to the region at a time when America has made China and the Indo-Pacific its main strategic concern and has not lived up to the region’s expectations.

Speaking three weeks before the Chinese leader’s visit, Anwar Gargash, the diplomatic adviser of United Arab Emirates President Mohammed bin Zayed, insisted that “our primary strategic security relationship remains unequivocally with the United States… Yet, it is vital that we find a way to ensure that we can rely on this relationship for decades to come through clear, codified, and unambivalent commitments.”

Mr. Xi has no problem with that. On the contrary, China is not interested and perhaps incapable of replacing the United States militarily in the Gulf. So while it may want the United States out of East Asia, the same need not be valid for the Middle East.

That allows Mr. Xi and his Saudi and Arab counterparts to focus on the nuts and bolts of their meetings.

High on Mr. Xi’s agenda is the export of its model of authoritarianism, involving one-person rule, a surveillance state, and the ringfencing of the Internet. It’s a model that appeals to men like Mr. Bin Salman and UAE and Egyptian presidents Mr. Bin Zayed and Abdel Fattah Al-Sisi.

The appeal remains, even if Mr. Xi’s proposition has lost some of its shine as a result of his faltering zero-tolerance Covid-19 policy that has slowed economic growth, hindered the country’s private sector that is also hobbled by punitive state interventions, and sparked an anti-government protest that has forced the Chinese leader to abandon core elements of his effort to control the pandemic.

Moreover, Middle Eastern leaders will have noticed that China’s firewall failed to prevent Internet users from discovering that a majority of spectators at World Cup matches in Qatar were unmasked. Nor were Chinese censors able to prevent an avalanche of video clips of nationwide protests against strict Covid-19 rules from flooding the country’s tightly policed social media.

In addition, Gulf efforts to diversify their economies and reduce dependence on fossil fuel exports centre on a free-market economy and a private sector driven by innovation and creativity rather than the kind of state-controlled capitalism envisioned by Mr. Xi.

That has not prevented China from advancing its control and governance systems with investments and partnerships in Middle Eastern telecoms, corporate communication systems, cybersecurity, and smart cities in countries stretching from Morocco to the Gulf.

Furthermore, countries like Egypt, Saudi Arabia, and the UAE have looked for inspiration in China’s restrictive cybersecurity legislation.

Days before Mr. Xi’s visit to Saudi Arabia, China’s foreign ministry released a report on ‘Sino-Arab Cooperation in a New Era’ that, according to Chinese media, misleadingly asserted that China “never seeks any geopolitical self-interest.”

China probably meant to say that it is not seeking to challenge the US position in the Gulf any time soon but intends to be the region’s major partner economically and in terms of technology, a focal point of US-Chinese rivalry.

Although Chinese 5G projects in Saudi Arabia, the UAE and elsewhere in the region have progressed despite US objections, Mr. Kahl left unaddressed whether they threatened to cross his threshold.

During his visit, Mr. Xi was likely to also angle for construction contracts for Mr. Bin Salman’s US$500 billion futuristic Red Sea city of Neom, as well as involvement in developing a Saudi defense and automotive industry.

For its part, Saudi Arabia will want to attract Chinese investment in its mining sector. Khalid Al Mudaifer, the kingdom’s deputy mining minister, said he is seeking US$170 billion by 2030.

In a bid to exploit strains in Saudi- and potentially UAE-US relations and uncertainty about America’s reliability as a security partner, the Chinese report asserted that “China has always believed that there is no such thing as a ‘power vacuum’ in the Middle East and that the people of the Middle East are the masters of the future and destiny of the region.”

Mr. Xi arrived in the kingdom as a US district court in Washington dismissed a lawsuit against Mr. Bin Salman and 20 others for the 2028 killing of journalist Jamal Khashoggi. The court based its decision on a finding by the US government that Mr. Bin Salman enjoyed sovereign immunity.

On another note, the Chinese report predicted that China and the Arab world would continue to support each other’s counterterrorism and deradicalisation policies.

In stressing counterterrorism and deradicalisation, the report suggested that Gulf silence, and in the case of Saudi Arabia, endorsement of Mr. Xi’s brutal crackdown on Turkic Muslims in the north-western Chinese province of Xinjiang, reflected a more complex balance of power in the Chinese-Gulf relationship.

In other words, Gulf acquiescence is more than simply wanting to ensure that the region stays on China’s right side or seeking to shield autocracy from criticism as the preferred political system in both parts of the world.

Because the crackdown targets Islam as a faith, not just Turkic Muslims as a minority, Gulf support offers China badly needed Muslim endorsement, particularly from Saudi Arabia, the custodian of Islam’s two holiest cities, Mecca and Medina. In doing so, the support enhances Gulf leverage in relations with China.

At the same time, China’s framing of the crackdown as a fight against extremism, terrorism, and separatism legitmises the clampdown by Saudi Arabia and the UAE on any expression of political Islam.

For Mr. Gargash, the UAE diplomatic advisor, the Gulf’s ties to the United States and China fit neatly into a box. “Our trade relations increasingly look to the East, while our primary security and investment relations are in the West,” Mr. Gargash said.

The official did not mention increasingly close political ties to China, like in the case of Xinjiang or the Russian invasion of Ukraine, and that is where things potentially get messy.