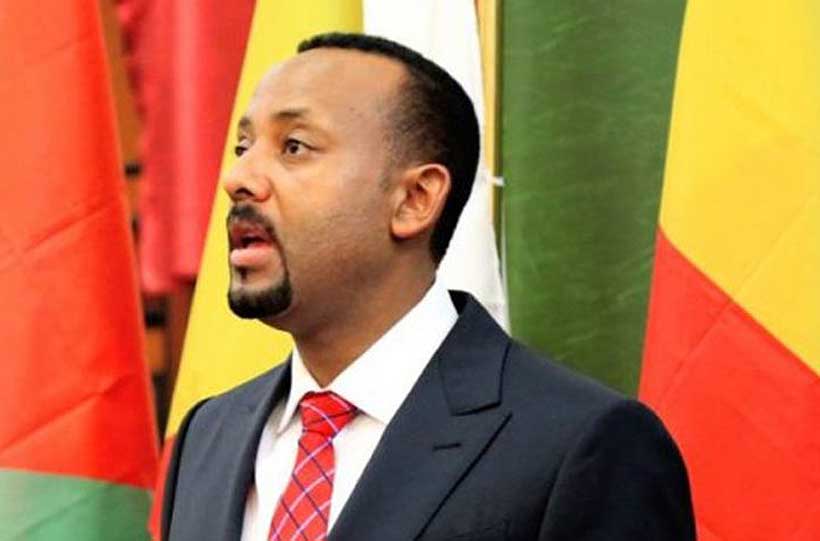 Ethiopian PM, Abiy Ahmed was awarded the 2019 Nobel Peace Prize. He is the 12th winner from Africa. The Nobel Committee stated, that Abiy had been awarded the Nobel for his efforts towards resolving the border conflict with Eritrea (in September 2018,  Abiy and Eritrean President Isaias Afwerki signed a peace deal in Jeddah).

A border war in the years between 1998 and 2000, had resulted in the deaths of a 100,000 people, was responsible for the displacement of over a million  people and the splintering of many families. The agreement has helped in reducing tensions between both countries and has led to a number of other important steps; it has paved the way for air connectivity (Ethiopian Airlines resumed its flight from Addis Abbaba to Asmara, the capital of Eritrea after two decades), resumption of communications between both countries (telephone lines had been disconnected in 1998), reduction of military hostilities and most importantly reuniting of families.

While reacting to the Nobel Committee’s decision, the Ethiopian Prime Minister said that this reward was not merely for Ethiopia, but the whole of Africa, and hoped that leaders in the region would work towards peace building.

‘…It is a prize given to Africa, given to Ethiopia, and I can imagine how the rest of Africa’s leaders will take it positively to work on the peace-building process in our continent.”

Focus on Ethiopia due to economic growth

It would be pertinent to point out, that in recent years,the  outside world has begun to take note of Ethiopia, for its economic progress – in spite of numerous political challenges.

In recent years — almost a decade— the country’s economic growth was estimated at a whopping 10% according to International Monetary Fund (IMF) estimates. In 2018, Ethiopia’s growth was estimated at well over8% (8.5), and was the fastest growing economy in Africa.One of the key factors for Ethiopia’s impressive economic performance, has been the shift from agricultural sector to Industry and Service sector along with favourable demographics.

Abiy’s election has generated immense hope, as he has seemed genuine in his commitment to political and economic reforms. During his tenure, a number of political prisoners have been released. There is also a reasonable amount of press freedom. There have been no arrests of journalists ever since he has taken over (2018 was the first year since 2004, when not a single journalist was arrested).

In September 2019, Abiy Ahmed unveiled his vision for economic reform titled ‘Home grown Economic Reform’, which focuses on drawing greater public sector participation, reducing debts and enhancing foreign exchange reserves. While speaking on the occasion of the launch of the roll out of his government’s agenda, Abiy emphasized on the fact, that this  is holistic pro-job, pro-growth, and pro-inclusivity

Privatization of a number of state run enterprises, such as Ethiopian Airlines, Ethiopian Electric Power Corporation, and the sole telecom provider, Ethio Telecom, has also been high on the agenda of Abiy Ahmed, ever since he has taken over.

This is not to say that all is well in Ethiopia. In June 2019, Ethiopia faced two attacks, one in the Amhara regional capital of Bahir Dar and the other in the federal capital of Addis Ababa. While Abiy Ahmed has made efforts towards reducing acrimony in the country’s polity, there are still numerous ethnic divisions, and  a large number of political players are seeking to cash in on these schisms.

Expectations from Abiy Ahmed are sky high, and the country faces numerous debts. While his agenda for reforms is well intentioned, and does represent a significant break from the fast, it is rather ambitious and it remains to be seen whether stakeholders involved in the implementation will be in sync with the PM.

Africa no longer the Dark Continent

For very long, many western commentators have consistently adopted a patronizing approach towards Africa. The Nobel Award to the Ethiopian PM comes at an interesting time. At a time when the whole world is becoming insular, 54 African countries have signed the AFCTA (African Continental Free Trade Area) agreement. AFCTA. This is the world’s largest free trade agreement since the World Trade Organisation, WTO)

AFCTA is a crucial step towards strengthening intra-regional trade linkages, and connectivity. AFCTA has the potential of connecting over 1 billion people, creating a bloc of over 3 Billion USD and pushing Intra-Africa trade by upto15-25% by 2040 (as of 2018, intra -regional trade was less than 20%).

It would be pertinent to point out, that the Ethiopian PM who on repeated occasions has reiterated his commitment to Pan-Africanism, has been one of the fervent backers of AFCTA.

Africa is also being viewed as the world’s next manufacturing hub (China has already moved in a big way, though of course many countries are looking to other alternatives). Political stability and investor friendly policies off course are imperative.

One hopes, that other leaders in Africa follow Abiy’s footsteps in focusing on economic and political changes which could pave the way for sustainable growth and prosperity.

For long, the world’s attention has been driven by a Western narrative, in recent years Africa along with Asiahas begun to draw attention, due to its economic rise.If Africa can get its act together, and growth,  in countries like Bangladesh and Vietnam is sustained, we could witness the rise of new Non-Western groupings (consisting of developing countries from different regions). Such groupings will not be driven by  geo-political compulsions, geographic proximity or sheer size, but  by economic consideration and could play a pivotal role in shaping a new narrative, while promoting globalization, connectivity and free trade.