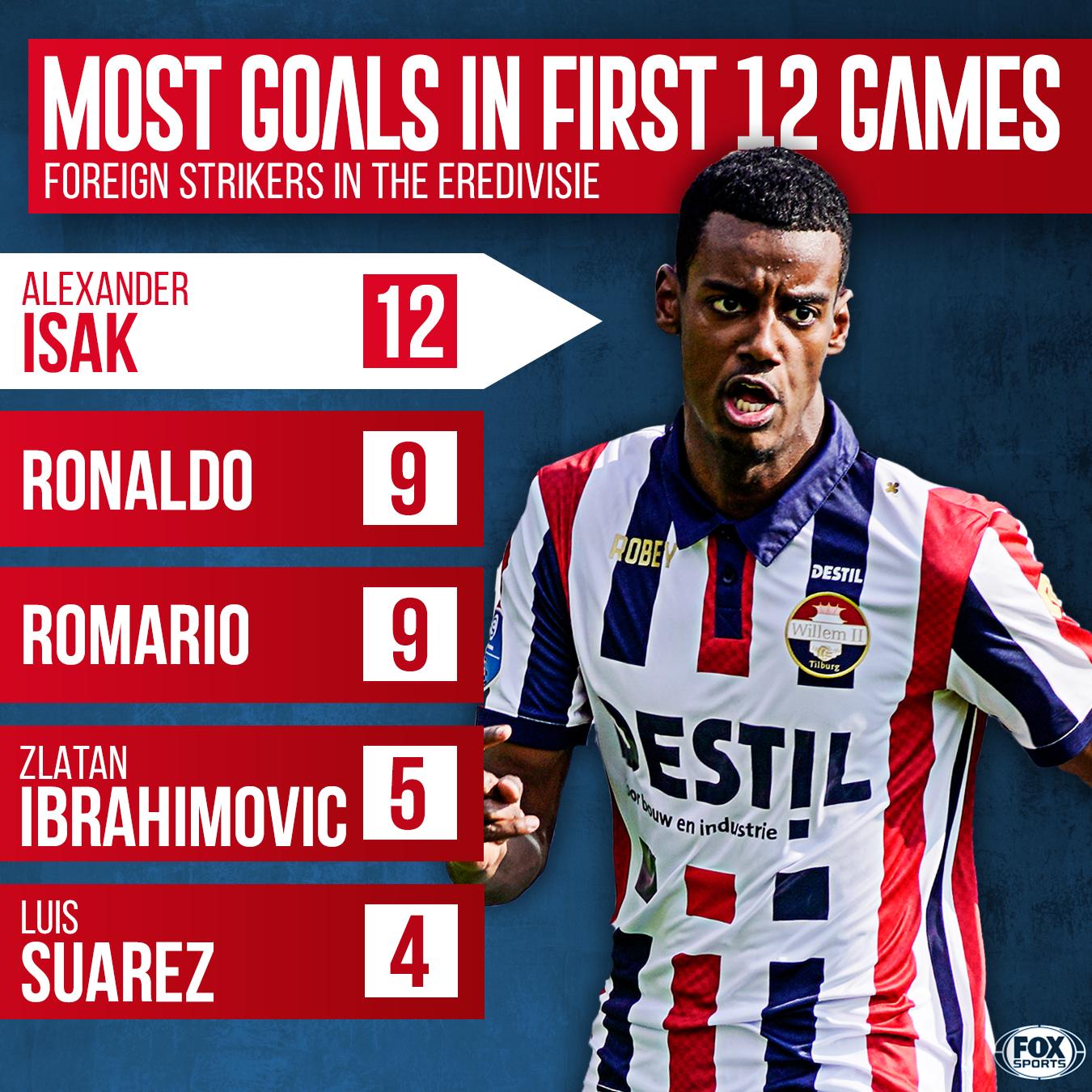 ERITREA Published April 16, 2019 at 18.03
Supporters from Eritrea praised Alexander Isaac.  Then the Willem II fans saw that they came even closer to their favorite. - He means a lot to us, says Eritrean journalist Thomas Tessazthi.
It is not only in Sweden that Alexander Isaac's success has created headlines. Even in Eritrea, the striker's success raises attention. With his twelve goals in equal number of matches in Willem II, Alexander Isak, who has his roots in Eritrea, is unique in Dutch football history.
Stars like Zlatan Ibrahimovic, Luis Suarez and Ronaldo have scored goals in the league. But no one has done it the same way as the Swede. And during Sunday's victory against Zwolle, when Isak made a goal and an assist, Isak was promoted by a "own" heel of Eritrean fans.
After seeing the first half from the long side, the Willem II fans saw that they came closer to their idol in the second half. They got to stand with the fans on the side where Willem II would attack.
- They were overjoyed and very grateful. But that was the least we could do after the fine support they gave, says Jan van den Dries, president of the Willem II Supporters Club.

It also meant that Isak got extra support. Together they sang the fans' Alexander Isak song.

- In the next home match, we may be able to get help from both Swedish and Eritrean fans, says Jan van den Dries. 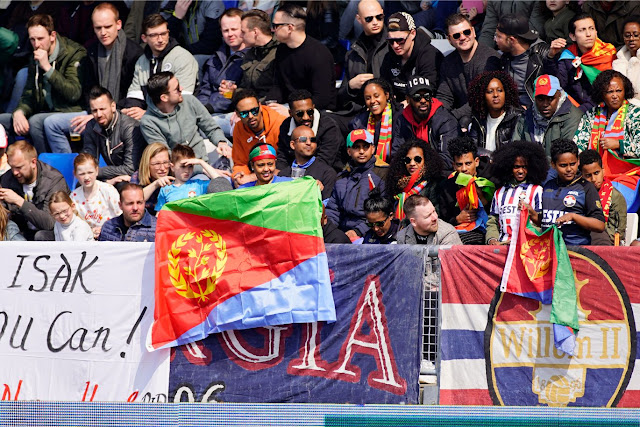 After the victory match, Isaac gave away his match jersey to one of the Eritrean supporters. He also took time to give a guided tour of Willem II's home ground. Eri sports journalist Thomas Tessazthi was in place.
- He is an incredibly generous person, says Thomas Tessazthi. Not only did he take the time to spend time with us all and write autographs so he gave us a guided tour inside the arena. And all the children got to take pictures with Isaac.
The national team striker is important in Eritrea.
- He is an incredibly important role model, says Thomas Tessazthi. It is important for children and young people to see that you can come from Eritrea and become a big football star. He is the biggest football player we have now. And that means a lot to us that he embraces both his Swedish and his Eritrean origins. He makes us proud.
- And we are happy also for how good it is in the Swedish national team now. We have followed Henok Goitom's career earlier, too. But Isaac's talent is on a completely different level.
Alexander Isak praised the Eritrean fans in Dutch television after the final signal.
- Yes, they were many. It was amazing. It gave me extra energy. My dad told us before that a bunch of eritreans would come. I am proud of them and I hope they are proud of me. It is so much fun, because I know the love of both countries (Sweden and Eritrea). It is fantastic.