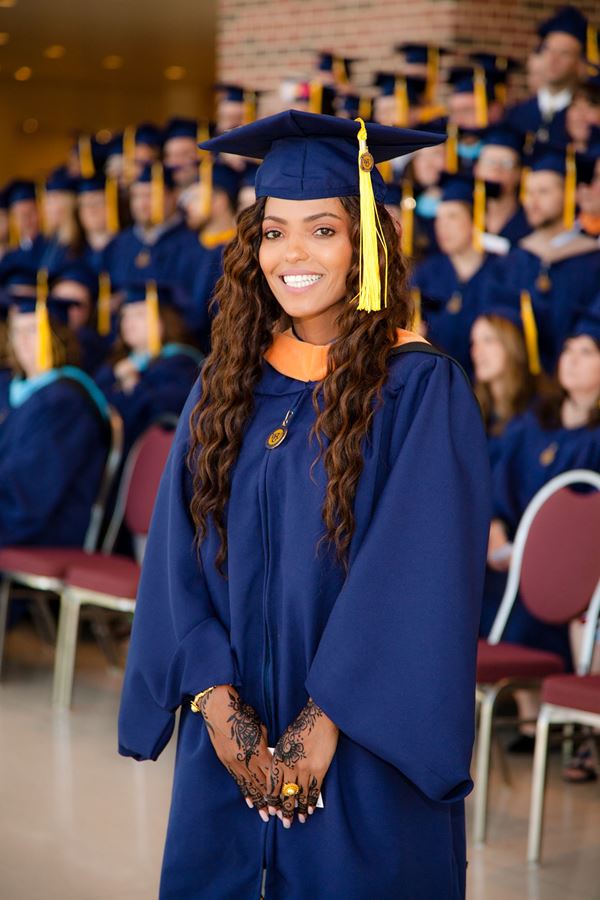 Once a refugee, Eritrea Habtemariam has faced many obstacles in her journey to become a telemetry nurse at St. Mary's Hospital, and those hardships have helped shape the type of nurse she is today &ndash; one full of compassion, understanding and patience. I first met Eritrea back in 2015 when she enrolled in WGU Missouri's Master of Science in Nursing Leadership and Management program, and I was blown away by her determination and resilience. When she graduated in 2017, she was selected to be one of the featured graduates in our promotional videos, and her story moved everyone that has heard it. I've been told by many what a wonderful nurse she is, and after meeting her, I couldn't imagine her having any other career. Eritrea was born in Ethiopia, with her father hailing from the bordering African country of Eritrea. When she was just five years old, conflict broke out between the two countries, and Eritrea's father was forced to flee to Sudan to avoid persecution. Eritrea's mother packed up Eritrea and her younger brother to make the 500-mile journey to Sudan to reunite with her father. The trip was arduous, with the three traveling by night and finding safety in makeshift camps with other refugees who were displaced by war, famine and unrest.
After six years of living in Sudan, Eritrea's family was able to move to the U.S. as refugees. As a 5th grader in America, she did not know any English and could not communicate with her teachers or classmates, but she gained strength from watching her parents overcome their struggles and eventually became fluent in English and learned so much more. Eritrea has said that her parents taught their children that with hard work and dedication, there was nothing they couldn't obtain in life, and this mentality guided her as she adjusted to her new life. At age 16, Eritrea received a huge blow when she learned that her grandmother, living in Ethiopia, had been killed by a drunk driver. At that moment, she decided to devote her life to helping others, which led to her career in nursing. I witnessed Eritrea's passion for helping others drive her to continue her education. As a single mother of three, she had already completed her BSN but decided to go back to school at WGU Missouri to get her master's degree so she could become a better nurse, a leader and an educator. She has spent 14 years as a telemetry nurse at St. Mary's and now also serves as a clinical instructor at Chamberlain College of Nursing, where she works with new nurses and encourages them and inspires them to become great nurses.
Back to Dehai News