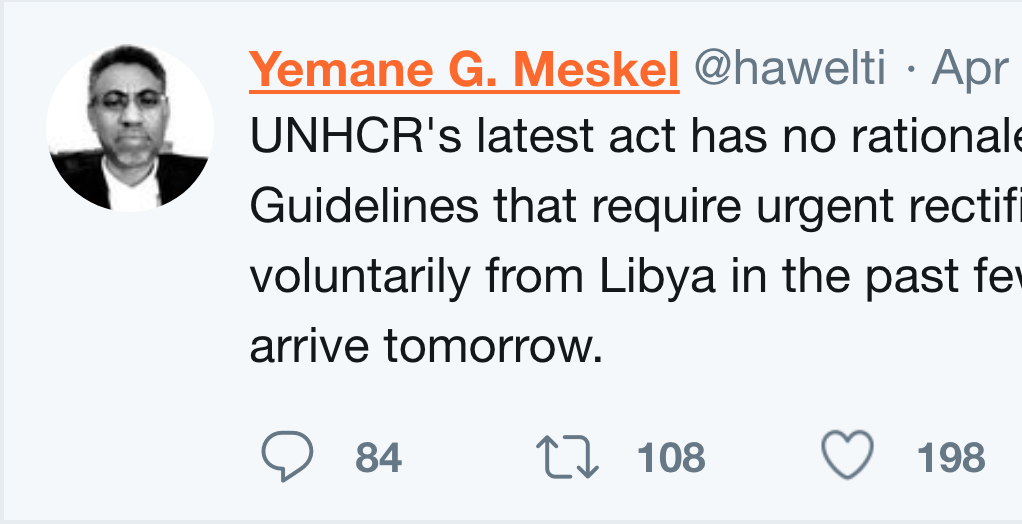 Eritrea has called out the United Nations High Commissioner for Refugees (UNHCR) over the resettlement of Eritrean refugees in Libya.

The country’s government is demanding the return of its citizens after they were moved to a refugee camp in Niger as part of a third-country resettlement scheme conducted by UNHCR. Asmara is calling the move forced resettlement and summoned a top UNHCR official to resolve the issue.

Eritrea calls for citizens to be returned

Eritrea’s information minister Yemane Meskel said on Tuesday that the country had summoned UNHCR’s resident representative to discuss the movement of Eritrean refugees from Libya to a camp in Niger.

He added that the government has demanded urgent ratification of the eligibility guidelines used by UNHCR over the resettlement of refugees.

Eritreans leaving the country for Europe often make the long journey to Libya as a gateway to cross the Mediterranean Sea. However, many find themselves stranded in conflict-ridden Libya where rival factions are engaged in armed combat in a fight for control over the country’s main capital, Tripoli.

Most Eritreans stranded in Libya find themselves locked up with other African migrants.