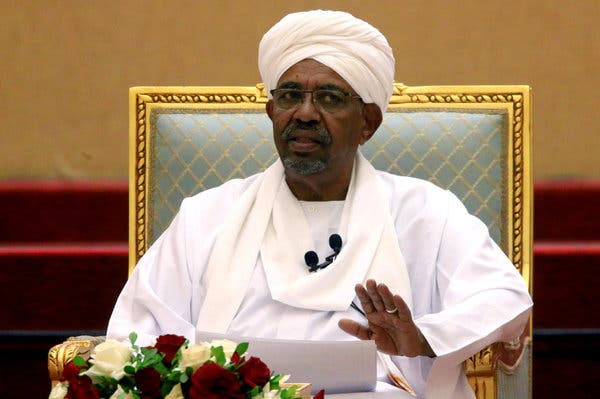 CAIRO — Sudan’s former president, Omar Hassan al-Bashir, has been charged over his role in the killing of protesters during demonstrations that led to his ouster last month, the nation’s public prosecutor said in a statement on Monday.

The prosecutor’s office accused Mr. al-Bashir and others of “inciting and criminal complicity” in the deaths of demonstrators, according to Sudan’s official news agency.

The announcement came on a day of bloody clashes in Khartoum, the capital, between armed groups of unclear affiliation and protesters who are demanding civilian rule. The military denied any role in the violence and blamed saboteurs for the deaths.

On Tuesday, the Sudan Doctors Committee said six people had been killed, including an army officer, during clashes overnight in several parts of the country. Protest organizers urged people to rally again, saying on Twitter that “our moral obligation to protect and complete our revolution is rising.”

The charge against Mr. al-Bashir was the latest step in the downfall of one of Africa’s most enduring dictators, who was toppled on April 11.

First the military cast him into Kober prison in Khartoum. Then officials searched his home and said they uncovered bundles of hard currency. A military council, which had seized power, said it would not extradite Mr. al-Bashir to the International Criminal Court in The Hague, where he faces longstanding charges of genocide, war crimes and crimes against humanity over his role in the conflict in Darfur. But prosecutors accused him of money laundering and other financial crimes.

The statement on Monday signaled that prosecutors are now focusing on other potential crimes. The news agency report said Mr. al-Bashir would be held accountable for the death of “the martyr Babikir,” a possible reference to Dr. Babiker Salama, a 27-year-old doctor whose death during a protest in January became a rallying point for the uprising against Mr. al-Bashir.

Witnesses said that Dr. Babiker, an idealist from a middle-class family, approached security officials during protests with his hands held high to plead for the evacuation of the wounded. Moments later a shot rang out and the doctor fell to the ground, grievously wounded.

An hour later he was declared dead, igniting a storm of public anger that offered an early sign that the authority of Mr. al-Bashir, who had ruled Sudan for 30 years, was crumbling.

The doctor was one of 90 people who have been killed in the protests throughout Sudan since December, according to the Central Committee of Sudan Doctors, which has been tracking casualties. The government lists 65 as dead. Until Monday, no senior government figures had been held to account.

In the case of Dr. Babiker, prosecutors have been seeking witnesses and gathering evidence in relation to his death, according to a relative who spoke on the condition of anonymity because of the sensitivity of the investigation.

Mr. al-Bashir’s fate, once the sole focus of pro-democracy protesters, has moved into the background in recent weeks as protest leaders have negotiated with the country’s generals over whether the country should be run by civilian or military leaders. 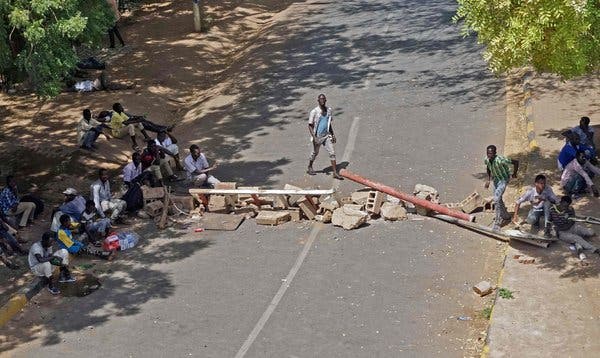 Thousands of protesters have refused to leave a zone at the gates of the military headquarters in Khartoum, demanding they be given full control during a transition to elections, a period the military says may last two years.

Activists from Darfur have been in the forefront of those protests.

After weeks of tense negotiations, both sides emerged from talks on Monday appearing to signal progress. Spokesmen for the protesters and the generals told reporters that they had agreed on the structure of transitional bodies to run Sudan before elections, although their composition was yet to be decided.

Lt. Gen. Shams al-Deen al-Kabashi, a spokesman for the military council, spoke of an “optimistic atmosphere” in the meeting.

But hours later that optimism was challenged when paramilitary forces fired tear gas at protesters, in an apparent attempt to disperse them.

Photos and live video footage posted to the internet showed hundreds of young men gathered in the street, facing off against soldiers. During clashes, troops wielding canes thrashed protesters, witnesses said, while other soldiers fired live ammunition into the air.

Responding to the violence, more protesters rushed to the scene to confront the troops. By nightfall, some burned tires and trees in the street. Gunfire rang out late into the evening.

The Sudan Doctors Association later said that 12 people had been injured during clashes with the military, including eight at the central protest site. Reporters at hospitals said several people had been treated for gunshot wounds.

I just went to the sit-in clinic, they told me that they've seen 4 people with gunshot wounds, 25-30 people with asthma attacks and around 50 people beaten.

In a statement late Monday, the military said the unrest was caused by “parties seeking to sabotage the revolution,” which it accused of opening fire on both soldiers and protesters. Without identifying the culprits, the military said they were “agitated” by progress in political talks earlier that day.

It appeared to be the most concerted attempt yet to break up the popular movement that was instrumental in the removal of Mr. al-Bashir last month. But on the streets of Sudan, where military lines of authority are fluid, it was unclear which armed group was behind the move.

The country’s interim leader, Lt. Gen. Abdel Fattah al-Burhan, has repeatedly called on protesters to abandon their checkpoints near the protest zone, where volunteers check for weapons, while insisting his soldiers would never resort to force to clear them.

Some protesters have been discomfited by the prominence of General al-Burhan’s deputy, Lt. Gen. Mohamed Hamdan, known as Hemeti, who controls the Rapid Support Forces, a powerful paramilitary group with a notorious reputation.

Set up in 2013, the Rapid Support Forces was drawn from the same ethnic base as the janjaweed militia that carried out a fearsome campaign of killing and destruction in Darfur during the 2000s.

On Monday evening, some protesters identified the forces clashing with protesters as the Rapid Support Forces. Others, however, disputed those accounts.

Numerous armed groups and militias flourished under Mr. al-Bashir as part of his strategy of spreading power broadly. Most went underground in the days after his ouster, but few Sudanese believed they had disappeared entirely.