Eritrean Foreign Minister in Khartoum after a break of 18 months 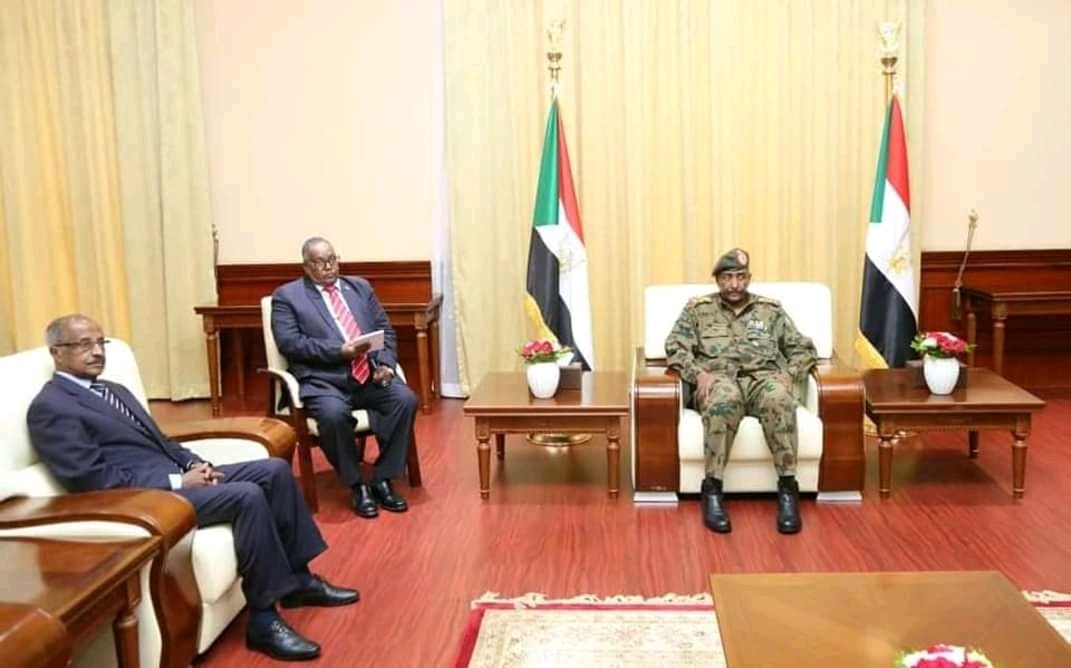 Murtada Koko - Khartoum
Sunday, 19 May 2018, Abu Dhabi time
Eritrean Foreign Minister Osman Saleh arrived in Sudan on Sunday for an 18-month official visit.
The Eritrean minister met with the head of the Transitional Military Council, General Abdel Fattah El-Burhan, at the presidential palace in Khartoum upon his arrival in the country.
Saleh said in a press statement that he had a fruitful and constructive meeting with the President of the Military Council on bilateral relations between the two countries.
The visit comes within the framework of his country's desire to know about the developments in the situation in Sudan and the conduct of negotiations between the Transitional Military Council and the Declaration of Freedom and what it can lead to peace and stability.
He said that the meeting dealt with the peace agreement between Eritrea and Ethiopia and the cooperation agreement between Ethiopia, Eritrea and Somalia, pushing forward the cooperation between the three countries in the economic and social fields.
He expressed the hope that the process of change in Sudan will lead to the consolidation of relations between the two countries and achieve the interests of both peoples.
Ties between Sudan and Eritrea deteriorated in February 2018 after the government of President Omar al-Bashir closed the border as a result of mutual accusations of harboring dissidents and feeding smuggling activities.