(BuffaloNews) From the Horn of Africa to Hutch-Tech, Sembel Koshi works his way to the front of the pack

From the Horn of Africa to Hutch-Tech, Sembel Koshi works his way to the front of the pack 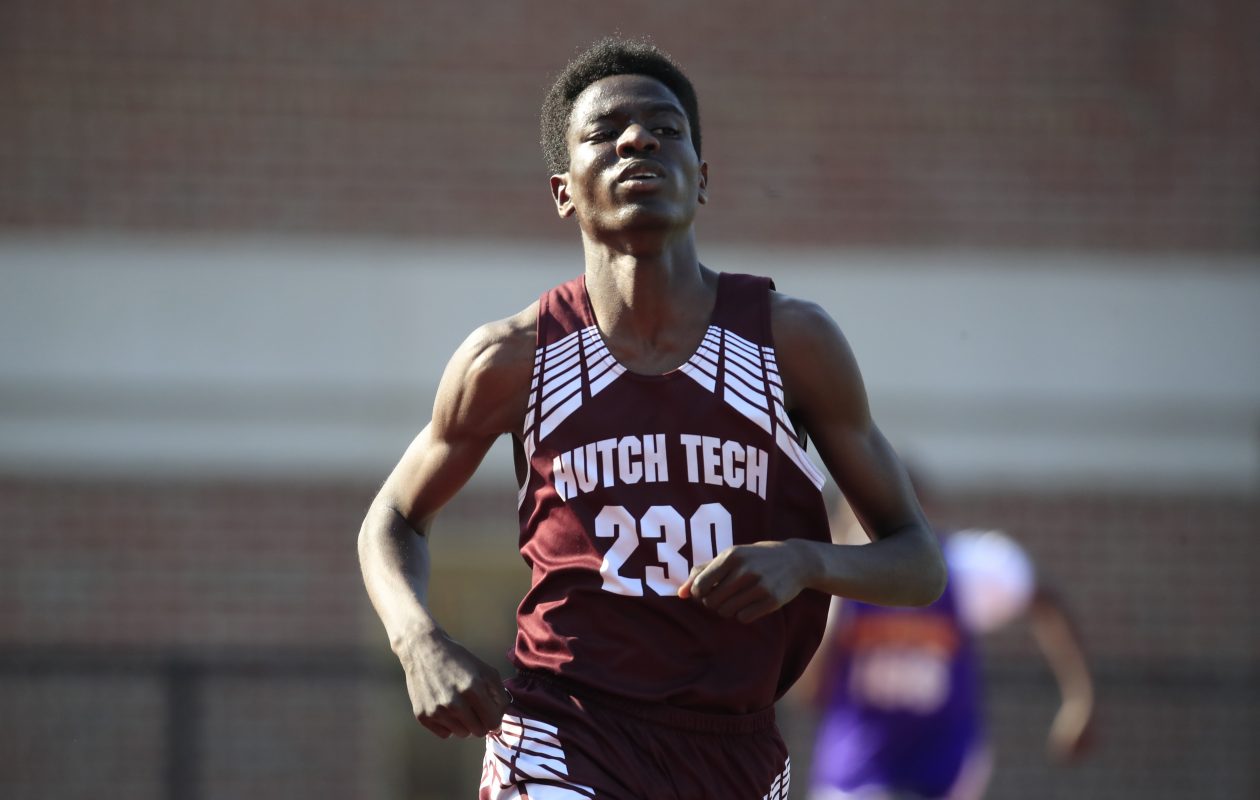 The fastest scholastic middle distance runner in Buffalo was born to a family on the run in the midst of a border war.

Mashebe Ammoda was pregnant with Sembel Koshi, the fourth of her six children with Dawit Tilan, when they fled Eritrea for Ethiopia in 2000. The family immigrated to the United States seven years later, seeking refuge from the ravages of the conflict between Northeast African nations and better educational opportunity.

“I don’t remember much,” said Koshi, now a senior at Hutch-Tech. “My family told me the conditions were really terrible. There were fights and people starving. They didn’t have land and food. It was hard.”

Koshi is able to recall his first airplane trip, his family being welcomed by smiling faces and a cardboard peace symbol at their new home on Buffalo’s west side. And a change in his demeanor.

“I was a goofy kid who didn’t listen to my parents,” Koshi said. “But when I got here, I started to change.”

His father found work as a custodian at the University at Buffalo, his mother at the Hyatt Regency hotel.

Koshi applied his work ethic in school and athletics. He will graduate this month with an 88 average majoring in biochemistry, and as the All-High city champion in cross country and three outdoor track events: the mile, two-mile and 3,200-meter relay races.

“His parents have kept him sheltered from the really horrible stuff that happened over there,” Hutch-Tech coach Dave Sardo said. “But they’ve let him know that the way to get things done over here is through hard work and discipline.

“He’s taken that and literally ran with it.”

Sardo recruited Koshi to the indoor track team during his sophomore year after being impressed by his performance on endurance tests in physical education class.

“He was already close to off the charts without having any organized running experience,” Sardo said.

“That’s when I started pushing myself and seeing how far I could go,” Koshi said.

“He took to it like a duck to water,” Sardo said. “He got serious during the outdoor season. He spent a lot of time with us in the summer. We went to almost every park in Western New York and put in a lot of miles. He was probably hitting 65 to 70 miles a week.”

“Usually, if I’m driving on the highway, I’ll see Sembel running at Delaware Park,” said Kowa, who will play soccer for Niagara University next year. “He’s always smiling, always happy, always wanting to get better. He’ll run after a meet. He started off sophomore year and wasn’t the best runner. Now he’s one of the top runners in Western New York.”

Koshi gave up soccer in the fall to join the cross country for the first time. He won the All-High title and placed 27th out of 91 competitors at the Section VI Championships running the 5K course in 18 minutes, 13 seconds. His season-best time was 17 minutes.

“I really liked cross country,” Koshi said. “The view was different from track. There are a lot more runners and it’s really competitive.”

Koshi maintained his high-mileage regimen during the school year by arriving early most days to run five miles on the school treadmill. He wakes up at 5:15 in the morning to catch the 6:10 Metro bus to school.

“The whole texting thing is a symbol of his consistency,” Sardo said. “He does it at the same time each day. That is the mentality of a distance runner. He’s relentless.”

Koshi’s top time in the two-mile, 9:55.7, is the best by a city runner in nearly a decade, Sardo said. He is seeded sixth for the Section VI Championships that start Friday at Williamsville South.

“He’s going to be pretty competitive at sectionals,” Sardo said. “He has a shot to patch, which would be a top-four finish.”

Next year, Koshi will run cross country and track for Buffalo State College, joining former Hutch-Tech teammates Noah Reed-Eason and Nisa Raqib, who earned Division III All-America honors in the triple jump as a freshman runner-up at the NCAA Indoor Championships and placed ninth at the NCAA Outdoor Championships.

“They are getting a gem,” Sardo said. “Sembel’s ceiling is outrageous because he has only been running seriously for a year-and-half. He’s a guy with a lot of tread still left on the tire. I could easily see him being a D-III All-American in a few years.”

From the Horn of Africa to Hutch-Tech, Sembel Koshi works his way to ...