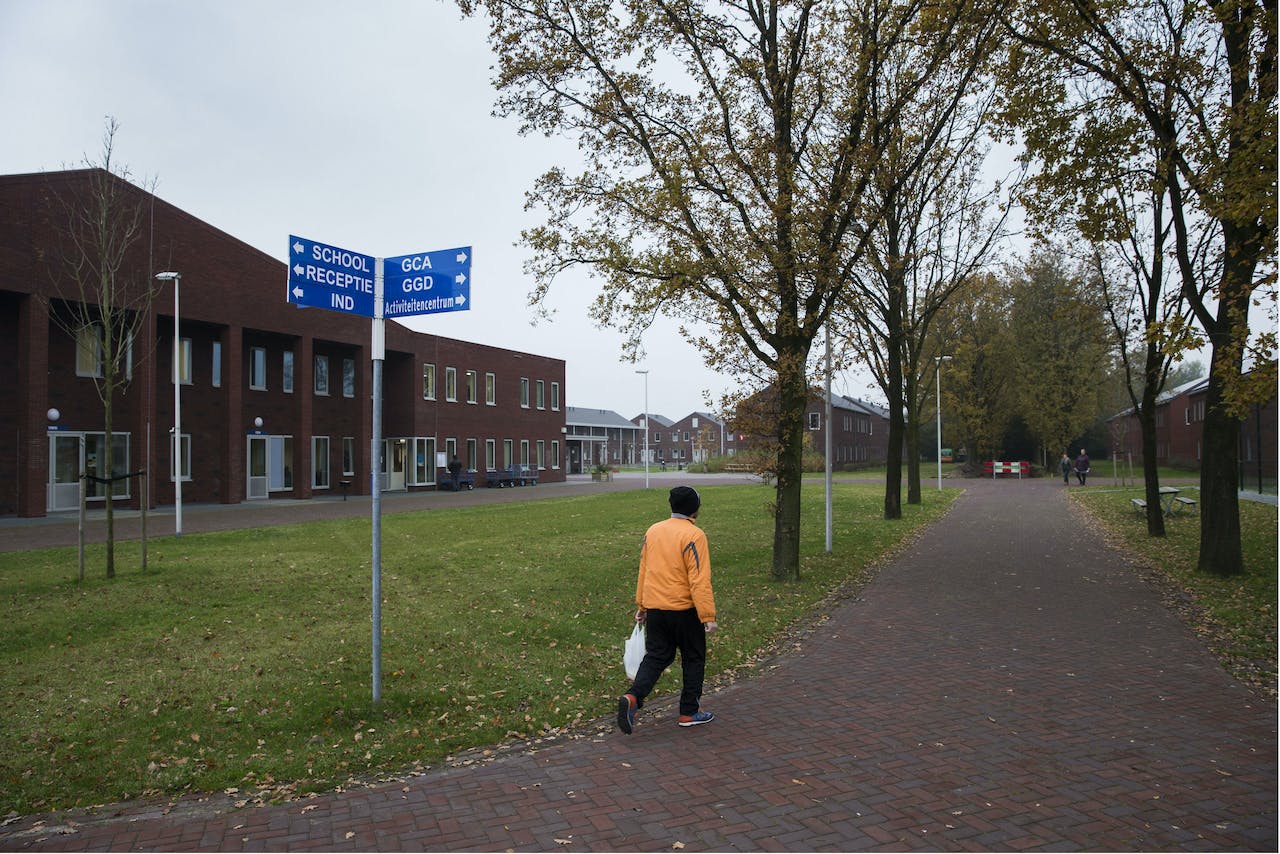 The asylum seekers center in Ter Apel.ANP VINCENT JANNINK
More than 1600 child asylum seekers have gone missing from their accommodation in the last four and a half years, raising fears that some may have been pushed into street crime and prostitution.
According to figures obtained by NRC, the number is higher than previously thought because separate figures were kept by the COA, the supervisory body for asylum centres, and Nidos, which regulates guardianship for asylum seekers under 18.
While some children leave their accommodation to live with family members across the border in Germany, Belgium or France, the organisations say there are strong indications that others are exploited by criminal networks.
Nidos workers told NRC they had encountered Moroccan children with shopping lists of perfume, clothes and other items they had been ordered to steal. Eritrean girls were seen leaving their accommodation in skimpy clothing and returning with expensive mobile phones that they kept switched on, leading staff to suspect they were working in enforced prostitution.
Many of the children were also addicted to Clonazepam, a drug used to treat seizures and panic attacks, the report said.
Hester van Bruggen, who was posted to Rome by the Dutch prosecution service to gain a better understanding of international human trafficking, said last month that the Dutch authorities were ‘missing something terrible’ regarding the plight of Eritrean refugees.
The largest number of young asylum seekers going AWOL were Moroccan, accounting for 325 of the total number, followed by children from Algeria (190), Afghanistan (167), Syria and Eritrea (114 each). Morocco and Algeria are deemed to be ‘safe’ countries, meaning their citizens have little chance of being granted asylum in the Netherlands.
Police in Rotterdam said they often picked up minors in the city and took them to the central accommodation centre in Ter Apel, but they either refused to go inside or left again during the night before their guardian could be informed.Read more at DutchNews.nl:

1,600 asylum children disappeared from the reception Figures from COA and guardianship organization It is unclear where the escaped asylum children are. Moroccan and Eritrean children in particular appear to be vulnerable.

Over the past 4.5 years, more than 1,600 asylum children have run away from reception locations. The children have left 'with unknown destination' and it is not clear where they are staying now. This is evident from figures that NRC requested from the Central Agency for the Reception of Asylum Seekers (COA) and Nidos, which has custody of all unaccompanied minors in the Netherlands. The numbers are higher than previously known, because the Nidos figures were not included earlier.

NRC is part of the international journalist collective 'Lost in Europe' that investigates runaway asylum children.

Underage asylum seekers who come to the Netherlands without parents or adults are assigned a guardian. Depending on the chance of a residence permit, they are placed with COA (little prospect of an asylum permit) and Nidos (children who are allowed to stay here or end up in smaller-scale forms of housing). A fraction of the young asylum seekers end up in sheltered shelter, a place for (potential) victims of exploitation, where the children receive extra intensive guidance. A part of the children leaves, according to the organizations, to family and friends in Germany, Belgium or France. But there are also signals that they end up in an exploitation situation.

A substantial part of the runaway children come from Morocco (325), Algeria (190), Afghanistan (167), Syria (114) and Eritrea (114). Children from the first three countries barely have a chance of a residence permit, while Eritrean and Syrian youth do. According to Nidos and COA, it is 'always worrying' when underage children walk out of the daycare. Tin Verstegen, director of Nidos: "Every child is one too many."

The group of children that disappears is probably even larger. The Aliens Police Rotterdam regularly finds minor aliens. The children are put on a taxi to the reception center in Ter Apel, where they start the asylum procedure. But not all children report to the reception location in the north. They are neatly delivered to the gate, a policeman says, but they do not go inside or disappear after half a night in the shelter before there has been contact with the guardian.

Hopping from daycare to daycare

In 2013, the police, Immigration and Naturalization Service, Nidos and COA already pointed out problems with Moroccan children hopping from day to day care through Europe, according to internal mail exchanges recognized by NRC.

They are difficult to maintain and cheeky in daycare, but sometimes also addicted to tranquilizer Clonazepam.

According to Nidos social workers, some Moroccan youth are picked up by criminals from the asylum seekers' center to steal on commission. For example, various young people found shopping lists with clothing and perfume that they had to steal.

A pilot is currently being carried out at Nidos to prevent Moroccan children from running away by working on a future perspective.

61 underage Eritreans became victims of human trafficking between 2013 and 2017, according to the Victim Monitor of the end of 2018. And research by Conny Rijken, professor of human trafficking and globalization at Tilburg University, showed that social workers see scantily clad girls leaving the azc and tired and come back withdrawn. Moreover, the girls suddenly found themselves in possession of a new Iphone, which they could not afford from their allowance, and always wanted to be reachable. The suspicion: forced sex.

Hester van Bruggen, on behalf of the Public Prosecution Service stationed in Rome to get a better view of international human trafficking and smuggling, said about the Eritrean victims in early May: "We are missing something really terrible here."