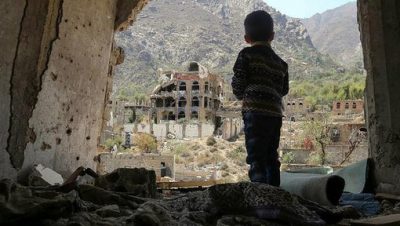 The announcement that the UAE is in the process of a large-scale military drawdown in Yemen has been met with rapturous applause by the Ansar Allah’s supporters who believe that this unofficially acknowledges their victory in the conflict, but these celebrations are premature because the vast majority of the country’s territory still remains outside of the armed group’s grasp even if most of its people reside in their region, and the most politically realistic solution to the war entails the institutionalization of the state’s deep divisions via the implementation of a “federal” model that de-facto restores the Old Cold War-era independence of North and South Yemen.

Decision makers the world over are talking about the implications of the large-scale military drawdown that the UAE recently announced is presently underway in Yemen, with the prevailing notion being that this unofficially acknowledges the Ansar Allah’s (“Houthis'”) victory in the conflict. It’s true that this development is very significant for the armed group because it all but precludes the commencement of any more offensives against the territory under its control, which could potentially lead to the stabilization of the front lines and the beginning of a global aid campaign to relieve the suffering that millions of people are experiencing in what has previously been recognized as the world’s worst humanitarian crisis. In fact, the UAE probably wouldn’t have done this had they and their Saudi allies succeeded in taking the strategic Ansar Allah-held port of Hodeidah, the failure of which set into motion the subsequent events that led to its decision to withdraw most of its forces from Yemen.

The Ansar Allah And The STC

The Ansar Allah might have begun as a rural peripheral rebellion among the religious minorities of Yemen’s northern mountainous region but it’s since evolved into a much more inclusive movement that convincingly has the trappings of a national liberation one, especially after allying with the Yemeni Army in seeking the expulsion of all foreign forces from the country. By comparison, the “internationally recognized” government of President Hadi enjoys close to no domestic support whatsoever and has basically functioned as little more than an excuse to justify the Saudi-led coalition’s military intervention against the Ansar Allah. The supposed bastion of its support, the southern port of Aden, is more under the control of the Southern Resistance Forces (SRF, the armed wing of the Southern Transitional Council [STC]) that want to restore the Old Cold War-era independence of South Yemen than it is Hadi’s, which in and of itself hints at the most politically realistic outcome of this conflict in the wake of the UAE’s withdrawal.

With the Ansar Allah in control of the most demographically and economically significant portions of the former nation of North Yemen (officially the “Yemen Arab Republic” from 1962-1990) and the STC wielding UAE-backed sovereignty over South Yemen (officially the “People’s Democratic Republic of Yemen” from 1967-1990), the quickest way to end the war would be to institutionalize Yemen’s already existing military and political divisions via the implementation of a “federal” model that de-facto recognizes this state of affairs since neither side has the wherewithal to surmount the stalemate that’s set in. That scenario, however, is far from the “victory” that the Ansar Allah originally hoped to achieve even though it satisfies most of what the STC and its Emirati patron want, all of which would nevertheless further complicate Saudi Arabia’s security situation along its southern border if it turns out that the Kingdom doesn’t have anything to show for its costly campaign other than the Ansar Allah’s “autonomy” over North Yemen and its “little brother’s” (UAE) new proxy state in the south.

Ending the kinetic (military) phase of this conflict could be considered a humanitarian victory but that doesn’t change the fact that no side apart from the STC will probably be able to claim a political one. Saudi Arabia and the UAE failed to destroy the Ansar Allah despite their technical military superiority and the devastating war of attrition that they waged, which speaks to the armed group’s tactical finesse and the support that they have from a significant share of the population in the areas under their control. The Ansar Allah, for its part, failed to take full control of the country, especially the former lands of South Yemen whose people have long resented what they claim is the North’s unfair dominance of their homeland after the 1990 unification and especially following the end of the brief 1994 civil war to reverse it. Even so, the vast majority of Yemen’s population resides in the areas that they administer, so it could be argued that they nevertheless succeeded in their quest to become the most important political actor in the country.

The Saudis’ “Short End Of The Stick”

This in turn has enabled the Ansar Allah to claim that they’re the ones who truly represent the Yemeni government and not Hadi, whose forces don’t even have much sway in the same city that they’re formally based in when compared to the STC’s much greater strength and grassroots popularity there. The Saudi-led war was launched to keep Yemen united under the authority of Riyadh’s proxy leader but ironically led to the country’s de-facto division along most of its pre-1990 Old Cold War-era borders without the Kingdom retaining any “sphere of influence” whatsoever over its territory, instead becoming strategically dependent on its “little brother” (whose leader, MBZ, curiously mentors Saudi Arabia’s de-facto leader MBS) to remain relevant in South Yemen. Saudi Arabia certainly got the proverbial short end of the stick after spending hundreds of billions of dollars on the war and receiving nothing in return for its “investment”, not even an enhanced security environment after the Ansar Allah’s military capabilities evolved and it now regularly bombs Saudi territory.

The UAE, however, at least has something to show for its involvement in this campaign after obtaining several strategic regional bases throughout the course of the conflict and emerging as a power broker in the Horn of Africa. Moreover, Abu Dhabi also gained priceless experience managing mercenary groups and training local forces while Riyadh’s contribution to the war remained largely relegated to the air and never really took any serious form on the ground. As such, it can be said that Saudi Arabia — either out of an “abundance of caution” to avoid casualties, incompetence, and/or an outright fear of the Ansar Allah — squandered what could have otherwise been a valuable opportunity” to train its military forces in the field while the UAE took full advantage of this and will likely apply what it learned in forthcoming conflicts (which will probably be waged indirectly through the many mercenary formations that it’s since assembled). Interestingly, the “little brother” has upstaged the “big brother” and their relationship with one another will probably never be the same again.

Bearing in mind all that was touched upon in this analysis, one can say that while every other participant in the war achieved some (Ansar Allah, UAE) or practically all (STC) of its objectives, the Saudis didn’t succeed with anything other than preventing the Ansar Allah’s full takeover of Yemen. The Kingdom’s security situation is worse than when the conflict began and it no longer has any direct influence in its neighbor, instead having to rely on its “little brother” to maintain its presence in parts of South Yemen. Without the UAE doing the “heavy lifting”, it’s all but inevitable that Saudi Arabia will scramble for a “face-saving” exit from the war as well since it’s proven itself unable to alter the dynamics in is favor on its own, especially when most of what it’s been doing is bombing Yemen and never really fighting on the ground and holding territory like its allies have. Even though the Ansar Allah can’t be said to have won the civil-international Yemeni War since it doesn’t control the entire country, it didn’t lose it either, with that ignoble distinction being the Saudis’ alone.

*Andrew Korybko is an American Moscow-based political analyst specializing in the relationship between the US strategy in Afro-Eurasia, China’s One Belt One Road global vision of New Silk Road connectivity, and Hybrid Warfare. He is a frequent contributor to Global Research.