«This is an affront to Switzerland» 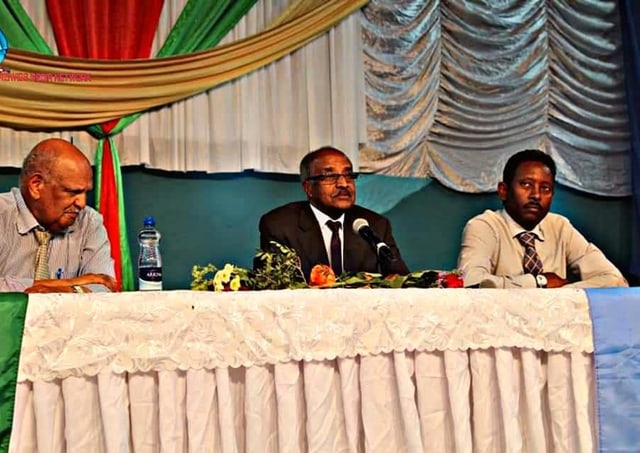 Eritrea's Foreign Minister Osman Saleh was in Burgdorf a month ago. He did not meet Swiss authorities.

Federal Councilor Ignazio Cassis has repeatedly invited the Eritrean Foreign Minister to a meeting. He ignored the invitation but held a propaganda appearance in Switzerland.

The largest number of asylum seekers in Switzerland are Eritrea. Nevertheless, there is still no regulated repatriation agreement between Switzerland and Eritrea. One of the reasons for this is that the Eritrean government has repeatedly ignored the invitation of Foreign Minister Ignazio Cassis to a diplomatic meeting.

It is all the more astonishing that the Eritrean Foreign Minister Osman Saleh stayed in Switzerland this summer, as the SRF "Rundschau" reported. The representative of the controversial regime made a big appearance in Burgdorf in the canton of Bern, where he was celebrated by loyal Eritreans. The FDFA had only been informed on 9 July about the imminent arrival of the Minister. The stay should take place from 16 to 22 July.

«This is very strange»

Although the Eritrean side requested a meeting with the Federal Council, the FDFA told SRF that this could not take place, however, because Federal Councilor Cassis had been on vacation at that time.

The unofficial visit does not go down well with Swiss politicians. FDP Council of States Damian Müller tells SRF: «This is very strange. To my knowledge, Federal Councilor Ignazio Cassis has already tried three times to invite him to Switzerland. But that never worked. "

«We strongly condemn this»

SP National Councilor Cédric Wermuth also speaks of an "affront to Switzerland". There were finally official invitations. It does not matter that Saleh ignore these and hold a propaganda appearance in Switzerland.
-------------
-