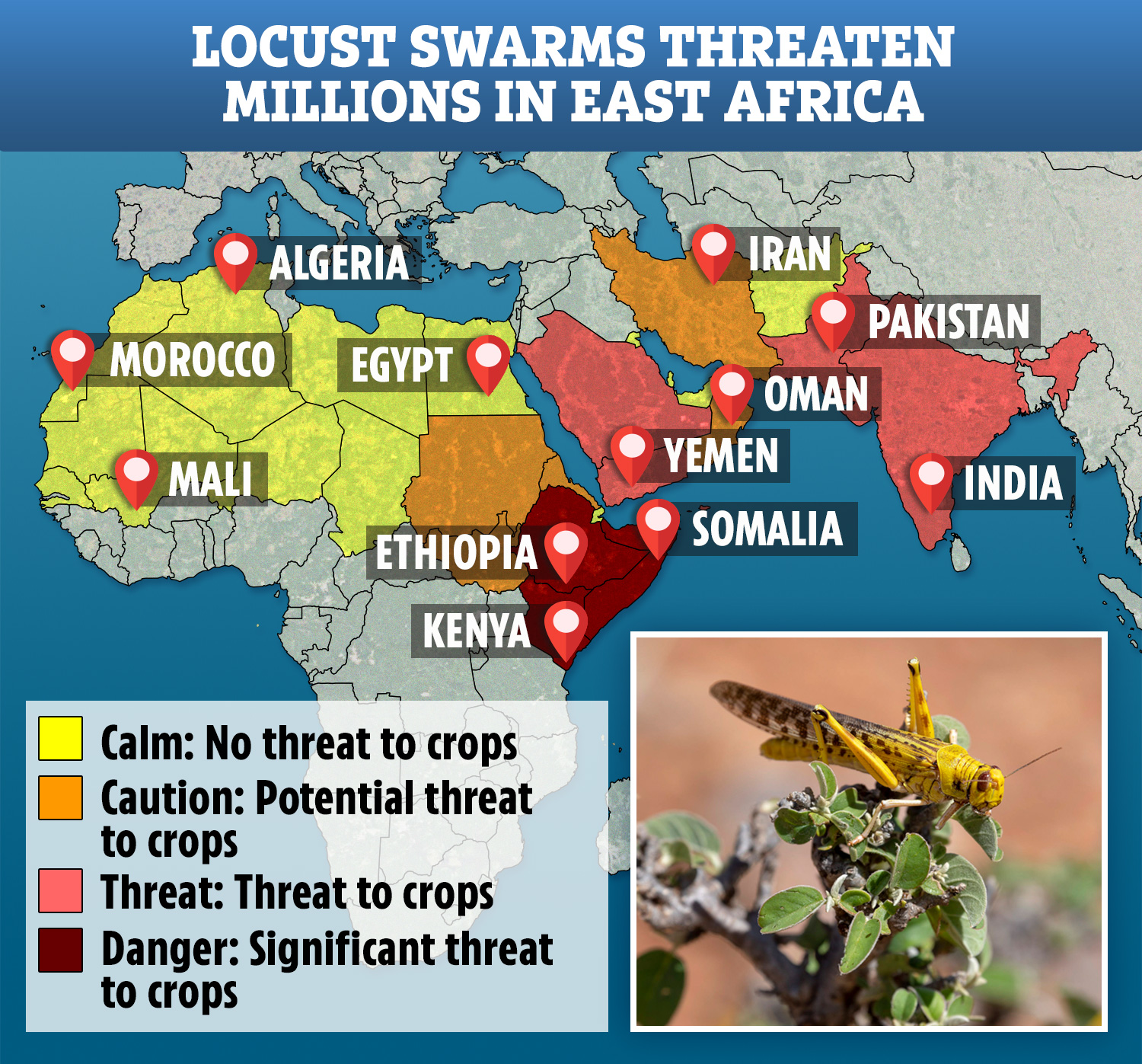 NAIROBI (Reuters) - Swarms of desert locusts could ravage more countries in eastern Africa and threaten the livelihood of many more people, the United Nations’ Food and Agricultural Organization (FAO) said on Monday.
The swarms, first sighted in December, have already destroyed tens of thousands of hectares (acres) of farmland in Kenya, Somalia and Ethiopia, threatening food supplies in the worst locust invasion in 70 years.
“There also other countries at risk, especially South Sudan, Uganda, Eritrea...,” said Bukar Tijani, assistant director-general of the FAO’s agriculture and consumer protection department.
FAO said at least one locust swarm had already been seen in Eritrea, and several had also been sighted in Oman and Yemen.
Even before the locust invasion, some 11 million people in Ethiopia, Somalia and Kenya were experiencing food insecurity, and the swarms will worsen the situation, the FAO said.
“Therefore, we need to make all possible efforts to avoid such a deterioration,” said Dominique Burgeon, director of the FAO Emergencies and Rehabilitation Division, during a visit to Samburu and Kitui counties, two of 15 affected regions in Kenya.
“We know that these locusts... can create massive devastation not only in terms of crops but also in terms of pasture and therefore affecting the livelihoods of the pastoralist communities... The only solution that works is aerial spraying (of pesticides).”
Conflict and chaos in much of Somalia make spraying pesticide by airplane - which the FAO calls the “ideal control measure” - impossible, the agency said in December.
Somalia’s agriculture and irrigation ministry said it had declared the locust invasion a national emergency.
Esther Kithuka, a farmer in Mwingi in eastern Kenya’s Kitui County, said she was worried the locusts would destroy their crops, and that another growing season due to start in April would be too short for any meaningful production.
“We depend a lot on this season and we worry that the locusts will destroy our harvest and we will end up remaining hungry through the rest of the year waiting for October for the next cropping season,” she said.
-