This man from Eritrea has built up an impressive portfolio getting top results in the Tour du Rwanda, Giro dell’Appennino and La Tropicale Amissa Bongo among other U23 riders but also Pro and Worldtour teams.

First time he got on a bike was at only 5 years old, becoming a professional cyclist has been a lifelong dream. “In Eritrea cycling is famous and the people really love cycling, we encourage young riders when they start in cycling to become like us”. His first proper race was on the mountainbike in 2014. Only 2 years later he participated in the Junior World Championship road race for Eritrea.

In 2018 he started riding for the UCI World Cycling Centre team, at the time with riders like Barnabas Peak who is now a WT rider for Mitchelton – Scott. The season started of great with a 5th place in the first stage of La Tropicale Amissa Bongo. Mulubrhan ended up 16th in GC. Only 4 days later he experienced his first win! Tour de l’Espoir Stage 4. The stage was hilly which suits him well, he describes himself as a puncheur. 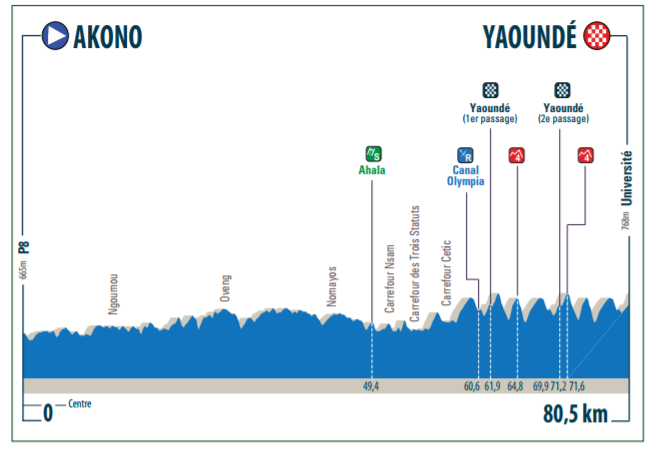 These results didn’t go unnoticed as he got an offer from the NTT Continental Team at the end of 2018, one of the best teams for talented riders to be in, in 2019 5 out of the 11 riders at the team made the step up to Pro/Worldtour. But in the end he decided he wanted to stay with the UCI World Cycling Centre team for another season.

He improved once again in 2019, getting better results in La Tropicale Amissa Bongo. But no wins this year, his program was also a lot tougher including the Tour the France of U23, Tour de l’Avenir. Best stage result he picked up there was 12th in front of Mauri Vansevenant on the final stage

NTT Continental Cycling Team contacted him again at the end of the 2019 season and this time he went for it. Henok Mulubrhan joined the team shortly after. His 2020 season has been incredibly consistent. Not many riders can say that due to the strange season.

Mulubrhan started his season at La Tropicale Amissa Bongo, his third appearance turned out to be his best so far. 5th in GC, top 10 in stages 5 times. This gave him confidence for the next race, Tour du Rwanda. “My goal was to win the yellow jersey”. This race went really well for him and the team. After stage 3 he was placed 2nd in GC just behind Biniam Ghirmay. Unfortunately for his personal ambitions in stage 4 the breakaway got a big advantage which meant the end of his chances for the overall win. Luckily the team had Natnael Tesfatsion, another big talent from Eritrea, in the breakaway. The remaining part of the race Mulubrhan helped his teammate and that resulted in the overall victory, a team effort.

The other highlights of his 2020 season were the Italian classics he did, suiting his capabilities really well. In the Giro dell’Appennino he ended up on 12th place in front of names like Vincenzo Nibali. The day after he finished 7th in Tr. Città di S. Vendemiano. Quite impressive as only 1 other rider from the top 10 did the double.

“Now I have the level to ride with a Pro Continental team”, his goals are to become a professional cyclist,  ride a Grand Tour and go for a stage win in a Grand Tour. For the 2021 season he will continue with NTT Continental Cycling Team (new team name not announced yet). In 2022 he hopes to make another step up and join the World Tour team.

How does he fuel himself to those goals? Well after races he likes rice and ice cream. The first is a popular choice as many victories have been fuelled on rice cakes!

Big thanks to Henok Mulubrhan, glad we got the opportunity to get to know him a little bit better. I am sure we will see plenty of him in future races and hopefully in the jersey of a World Tour team one day!