(China Daily) Journey to the East: The flow of Yangtze

Journey to the East: The flow of Yangtze 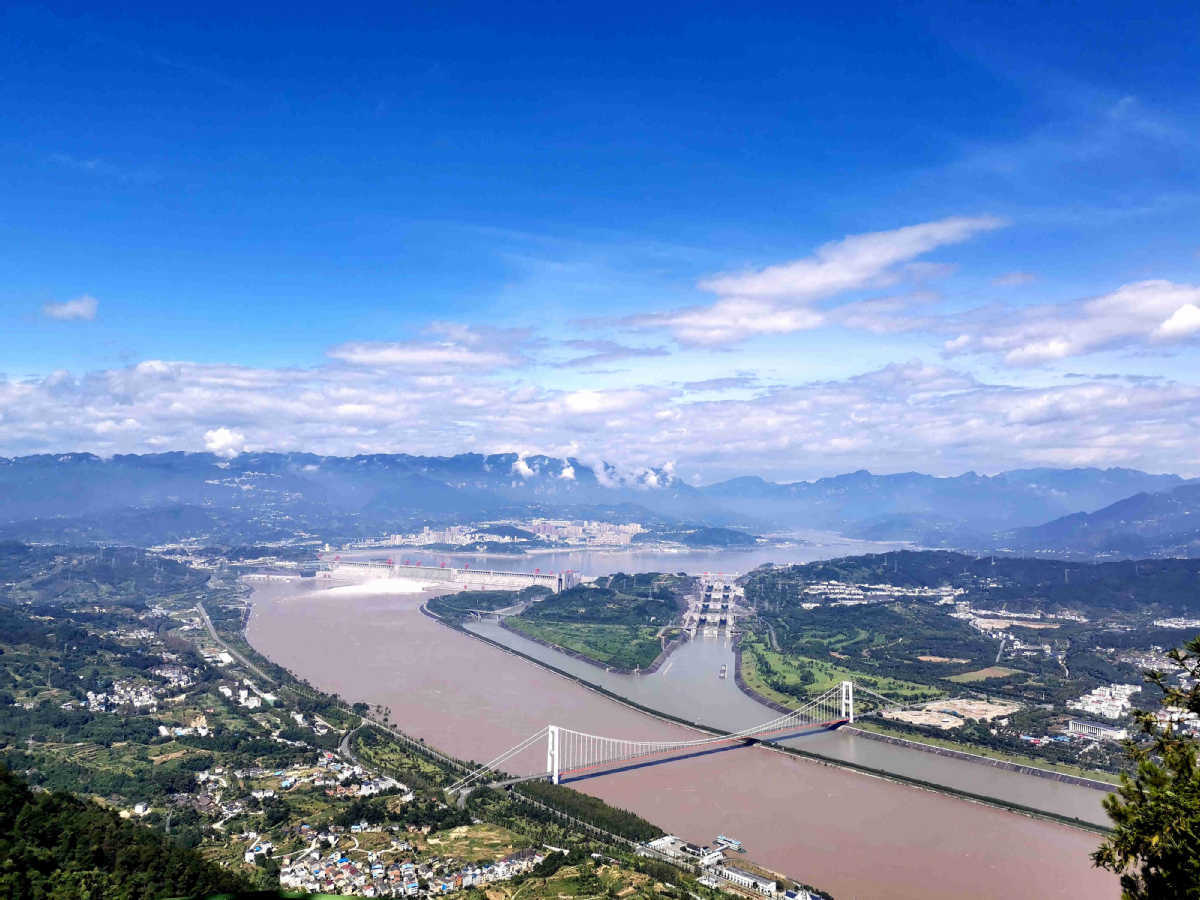 In 1967, I think, one of the great historians of the day, Arnold J, Toynbeee, delivered a lecture at the Haile Selassie I University in Addis Ababa, where I was a law student. He made several predictions for the end of the millennium.

First, he said, unless a major spiritual revolution salvaged Western democracy, the moral crisis that was then in the offing, especially in the United States, would lead to its decline. And China would emerge as a superpower, leading to a complete overhaul of the world order.

Since then I had yearned to visit China, to dip my feet in the mighty Yangtze and feel its bountiful movement and, indeed, that of China itself. The opportunity came in a way I had never expected. In early 2019, I fell seriously ill, threatened with renal failure. As I lay in the ICU of Orota Hospital in the Eritrean capital of Asmara, swollen all over the body and gasping for breath, my old schoolmate and friend Tsegai Tesfatsion, Eritrea's Ambassador to China, called and asked me to come to Beijing for treatment. A few days later, I was in the Peking Union Medical College Hospital in Beijing.

On her first visit, my doctor, a respected nephrologist and professor, pressed my calf and feet with her forefinger which created huge dimples. "Don't worry, we'll take care of that," Professor Su told me. She then checked my wheezing, excruciating chest and said: "We'll take care of that too." She spoke with a soothing voice, calm and confident.

I stayed in the state-of-the-art hospital for almost a month. From the lobby in my ward, where I preferred to sit with a book, I could see the hospital staff in constant motion. The division of labor amazed me. After one month of hospitalization, forty pills a day and volumes of oxygen to keep me breathing, the life-threatening clots in my bloodstream were gone and my body was liberated from the horrors of swelling.

But my treatment had just begun. For nine more months, while I enjoyed the hospitality of Tsegai and the Eritrean embassy staff's hospitality, Prof Su called me to the hospital once every one or two weeks. The picture of the professor peering into the computer, analyzing my test results and prescribing me medication remains imprinted in my mind. Although I was taking about 40 pills a day, I couldn't grasp their names and functions. "Your friend knows more about your disease and your medicines than you do," she said at one point.

I'd never been so connected to a doctor. I observed the way she was guiding me back to functional health, medically and psychologically. Whenever I felt low due to unsatisfactory weekly test results, she noticed it and tried to cheer me up, and increase or decrease the doses, or prescribe new pills to treat new conditions.

In between the weekly or fortnightly visits to the hospital. I ventured out to "feel" the movement of China and its people. But, except for the thrill of connecting with history at the Forbidden City (Palace Museum), the Great Wall and Mao Zedong Mausoleum, I had to readjust my earlier impressions of China. The same drive and discipline that built the Great Wall have today propelled the country to unprecedented heights.

Nothing, it seems, can ever be small in China. Some of the numbers are staggering: 3,000 skyscrapers,100-storied buildings. About 800 million people lifted out of poverty. Indeed, the flow of the Chinese people has diversified.

Though I did not get to dip my feet in the Yangtze, I did enjoy an evening on its banks under the glittering lights of bustling Shanghai. I got a glimpse of the river again as I crossed the Wuhan Bridge, barely a month before the outbreak of COVID-19.

While making the prediction about China's rise over half a century ago, at the height of the Cold War, Toynbee had also said the West's reaction to that development would grow confrontational. I remember his warning that, if that led to war, which he deplored in the strongest terms, it would not be ideological. It would be between the East and the West, possibly ending with the destruction of both.

That evening in Shanghai, on the banks of the Yangtze River, my thoughts had crossed continents to the other global financial center, New York City. I was left wondering how two entirely different societies, of contrasting values and competing principles, could achieve similar results.

As ferries crisscrossed the river carrying cheerful tourists, Toynbee's warning invaded my thoughts. I pushed it away for more positive thoughts. I cannot pretend to fully understand where the major power rivalry is heading. But I find solace in thinking of the tangible and intangible benefits of major power cooperation over confrontation, and peace over war.

In late December 2019, Professor Su was happy enough with my results to allow me to return home. As I said farewell to her and my friends at the Eritrean embassy, I vowed to revisit China and eventually dip my feet in the Yangtze, but not as a sick man.

Journey to the East: The flow of Yangtze ... - China Daily