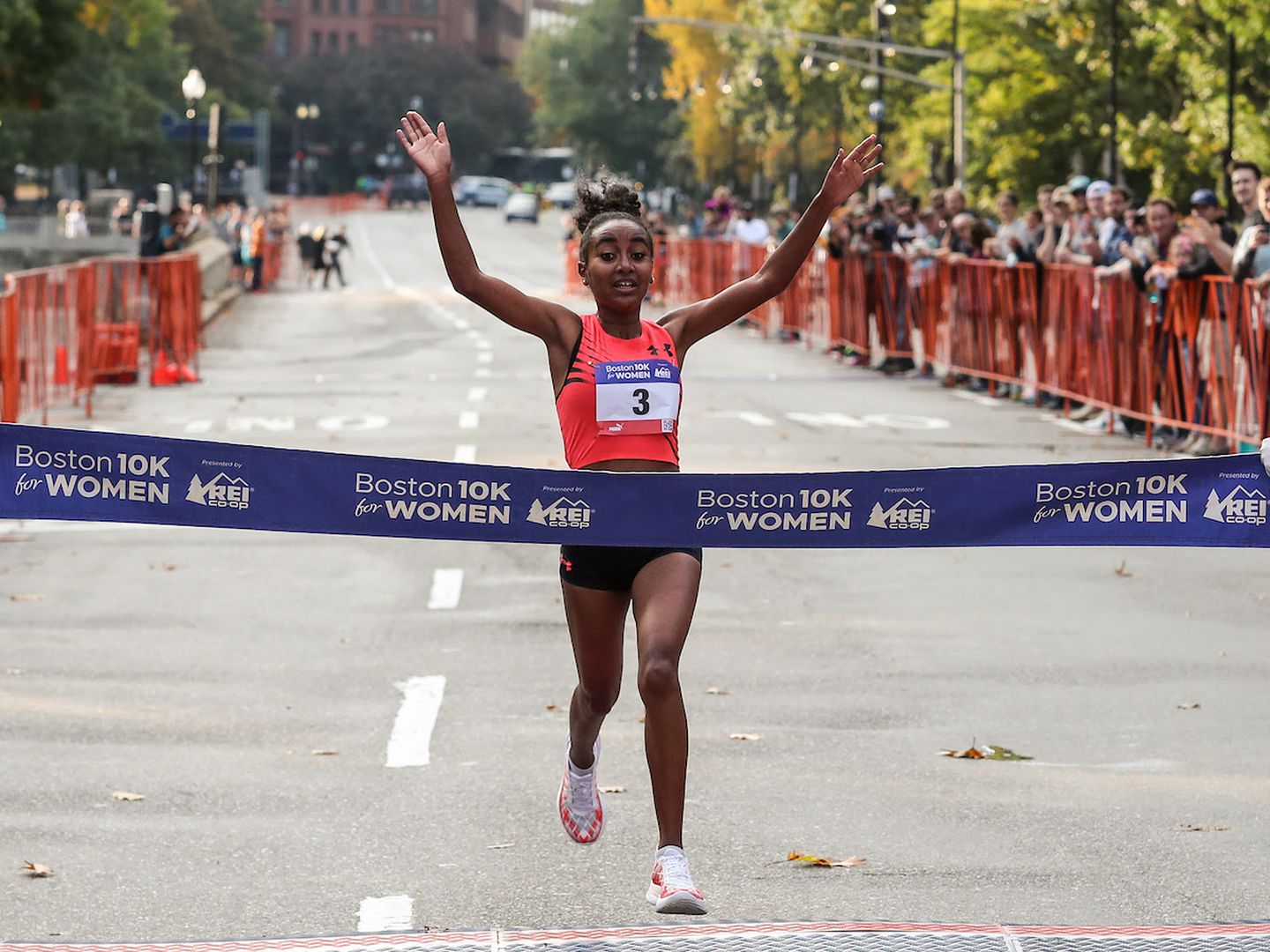 Five days after the Boston Marathon wrapped, history was made again on the roads of Boston on Saturday as 24-year-old Weini Kelati set an American record at the Boston 10K for Women.

Kelati broke the tape by Boston Common in 31 minutes, 18 seconds to take down Molly Huddle’s national mark, also set in Boston back in 2015. It was Kelati’s first race as a pro after winning two national titles at the University of New Mexico.

At the halfway point on Memorial Drive, the 13-time All-American dropped her training partner, Sharon Lokedi, and never looked back, rolling solo through the last 3 miles to win by 39 seconds.

“I just race with myself [in my training] and see how fast I can run,” Kelati said. “I know there were fast runners here today who could hang on with me, but all I was thinking was I’m just going to go and run my race.”

The Eritrean-born Kelati became a US citizen in June, having come to the United States at 17.

The race began in 1977 as the Bonne Bell Mini Marathon and was known for many years as the Tufts Health Plan 10K for Women. More than 3,000 runners participated this year, making it New England’s largest all-women’s sporting event.

This year’s Boston 10K for Women was held on a Saturday morning for the first time, moving from its usual second Monday in October to accommodate the Boston Marathon.

“We were thrilled to put together a virtual event last year for our runners, but nothing beats this,” said race founder Dusty Rhodes. “We’re excited to be back. Road races are celebratory events that bring out the best in all of us, and today’s a perfect example of that.”

Amin Touri can be reached at amin.touri@globe.com.