iplsc.com: The sensational triumph of a cyclist from Eritrea

The sensational triumph of a cyclist from Eritrea

The one-stage race Ghent - Wevelgem had an amazing course. After an exciting fight in the finish from a small group of four, 21-year-old Biniam Ghirmay (Intermarche-Wanty) from Eritrea turned out to be the best! 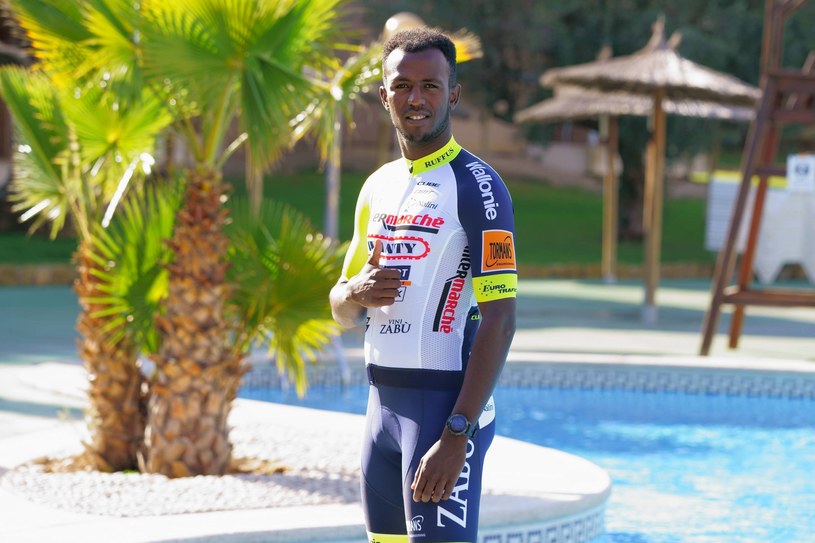 Biniam Ghirmay / ZUMA / NEWSPIX.PL /
The Ghent-Wevelgem race is one of the spring classics and arouses great emotions among cycling fans. On the one hand, it is a tasty morsel for sprinters, on the other hand, it often happens that the winner comes from a small breakaway. That is why the party always brings a lot of emotions.

This time there were also many of them, because several escape attempts were made. The decisive action was started by four players: Christophe Laporte (Jumbo-Visma), Biniam Ghirmay (Intermarche-Wanty), Jasper Stuyven (Trek-Segafredo) and Dries van Gestel (TotalEnergies).

For a moment it seemed that the peloton would catch up with them, but there was no cooperation in the main group. And although five kilometers before the finish line the escapees had less than half a minute of advantage, as it turned out, they managed to get her to the finish line.

In the fight on the line, the brave cyclist from Eritrea turned out to be the best, he was centimeters ahead of Laporte. Thus, he became the first rider from this small African country to achieve such great success in the professional peloton .