Eritrean sprinter is looking for stage victories as Domenico Pozzovivo aims to get back into the GC top-10. 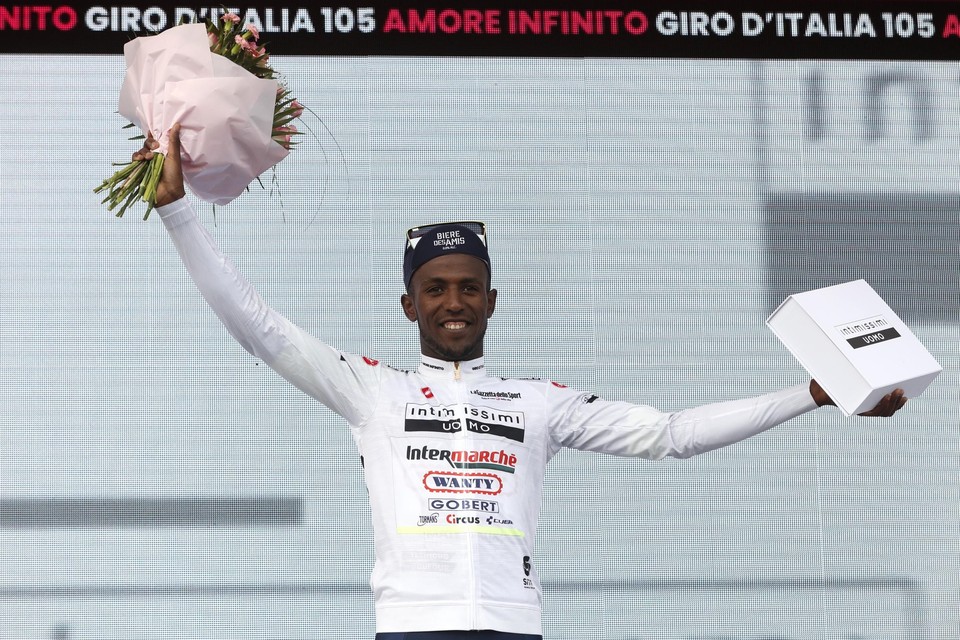 Biniam Girmay (Intermarché-Wanty-Gobert Matériaux) is getting used to being a history-maker, and he wants to do it at the Giro d’Italia.

The Eritrean became the first rider from the African continent to win a cobbled classic and he could become the first Black rider to win a grand tour stage in what will be his debut at a three-week race. It is not for lack of talent that it hasn’t been done before, but a distinct lack of opportunities given to Black riders at pro cycling’s longest races.

Indeed, Girmay is one of just three Black riders — all of whom are from Eritrea — that are riding the Giro d’Italia this year. Winning a grand tour stage is already a dream for him but he says that the moment will be bigger than his own personal success.

“I would like to win more classics and a monument but, for me, a grand tour stage has always been in my dreams. So, tomorrow I will be riding a dream if I can win one grand tour stage,” Girmay said in a pre-race press conference.

“I think all riders have this dream to win in a grand tour, this is one of the biggest races. A Black rider has never won at a grand tour so I think for us this would be the best moment ever.”

The first stage is already a good opportunity for Girmay to get a victory on the board with a far from simple finale. The uphill rise at Visegrád averages around five percent for much of its gradient and hits a peak of eight.

There will be some sprinters, including Girmay, that should be able to handle the ascent, but punchy climbers such as Alejandro Valverde could spoil the party and take the first pink.

“We did a recon this morning. It’s not so steep but it’s not easy so it’s not only for a bunch sprint. I think for some sprinters it will suit them and for me it will be good,” Girmay said.

Girmay’s primary goal will be to secure that dream stage win, but there’s another potential target to come in the ciclamino jersey of the points classification. With his fast finish and ability to handle climbs, Girmay is a rider well suited to winning the competition.

Asked who might be his toughest competitor in the fight for ciclamino, Girmay had a short and simple answer.

“I think it will be Mathieu van der Poel if he finishes all of the Giro,” Girmay said.

Also read: Giro d’Italia: Five rising stars to have on your radar

In his first full year on the WorldTour, Girmay is finding new experiences and adventures as he goes. With the eight-day Tour of Rwanda the longest pro race that he’s done, the Giro d’Italia is a venture into the unknown for the 22-year-old and he’s looking forward to it.

“This is my first experience in a long stage race. I just did some five or six stages and no more so this will be my first big stages races so it will be good to get more experience,” he said.

Girmay won’t be the sole leader of the Intermarché team as Domenico Pozzovivo hopes to return to the grand tour GC hunt.

The Italian veteran came close to retirement this year following the collapse of the Qhubeka-NextHash squad at the end of 2021, but he was saved by Intermarché in February.

Pozzovivo’s ultimate aim is to place himself inside the top-10 for the first time since 2018. The result would close a chapter of his life that began when he was hit by a car during a training ride in August 2019, which left him with a broken leg and arm.

“I think there will be five contenders with no special one above the others. I think it will be very nice to see this in the Giro. For me, I will try to be between them,” Pozzovivo said. “Already after my accident three years ago, my target is to come back to the top 10.”