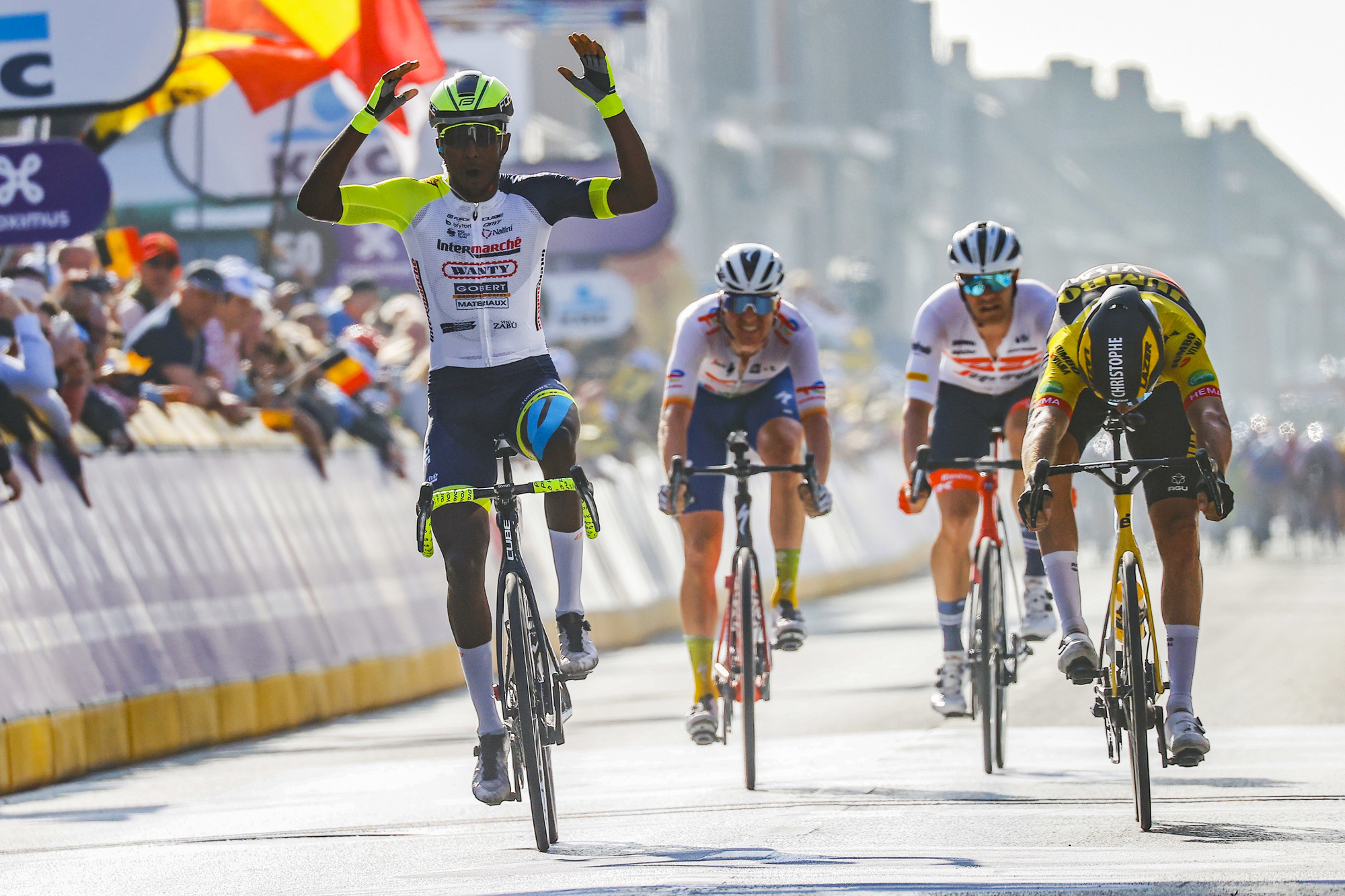 When Biniam Girmay chased Mathieu van de Poel across the line in the opening stage of the Giro d’Italia last weekend, he offered further proof that Eritrea is an African hotbed of cycling. In March, six days before his 22nd birthday, Girmay signalled his all-round potential at Gent-Wevelgem, becoming the first African to win one of cycling’s one-day classics. He follows in the ground-breaking tyre tracks of Natnael Berhane who won the Tour of Turkey in 2013 and Daniel Teklehaimanot who in 2015 wore the attention-grabbing polka dot jersey as Tour de France King of Mountains leader for four days. Girmay, poised and polished off the bike and a dangerous all-rounder on it, has the potential to take Eritrean cycling to a new level.

“I wondered if Eritrean cycling wasn’t running out of steam,” Michel Theze, a coach at the World Cycling Center run by the UCI, told reporters.

Girmay’s success “comes at the best time, it will provide a second wind,” Theze said.

“It is a confirmation of the great potential that exists there”. While Chris Froome, a winner of all three major tours, was born in Kenya and spent much of his childhood in South Africa, he races for Britain. South  Africa is a cycling power but, with the exception of Nic Dlamini, its stars, led by Daryl Impey, are white. 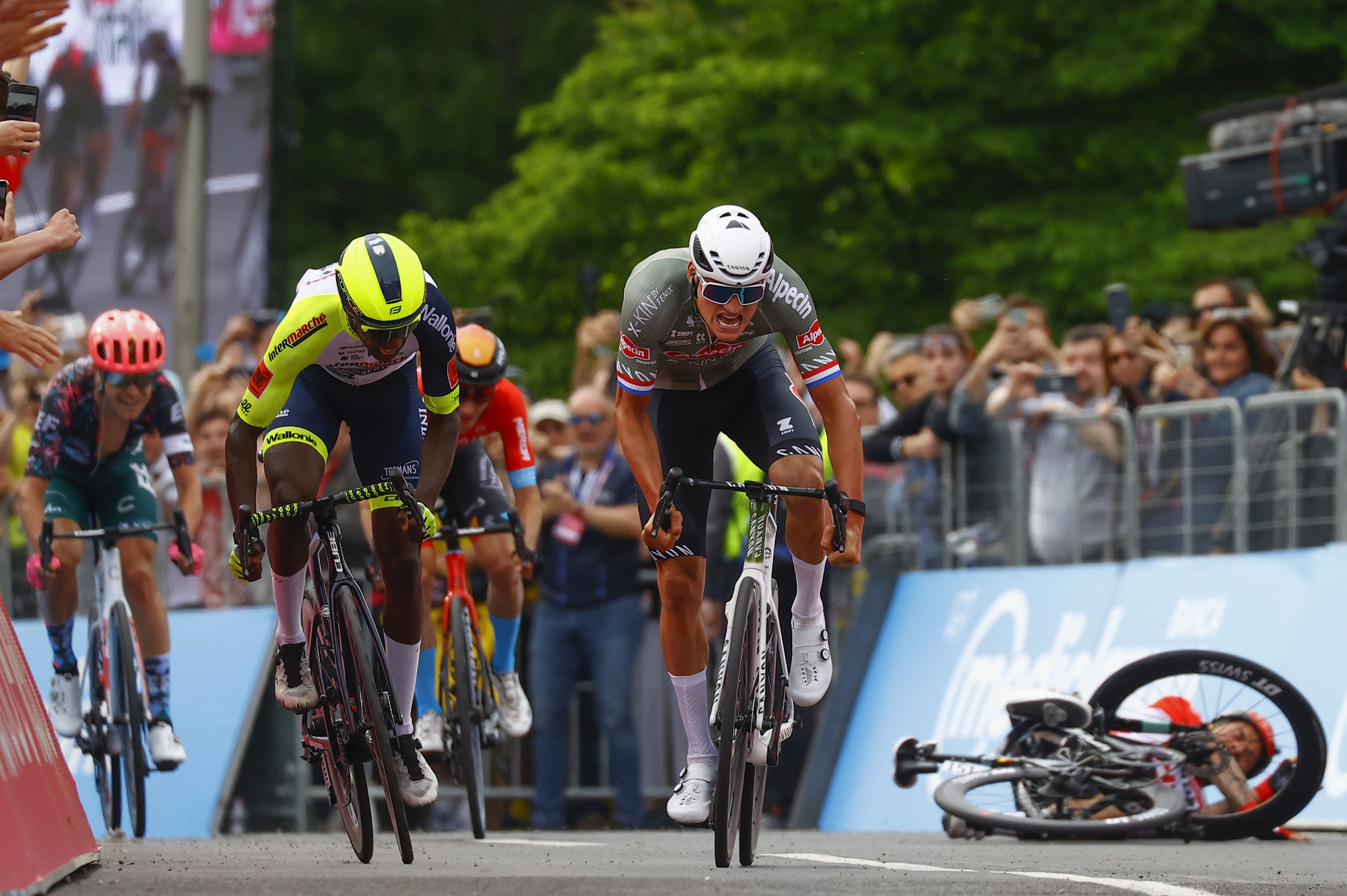 ‘We burned them out’

Girmay’s emergence is perfectly timed to fit in with the UCI’s five-year plan to grow cycling across the continent which culminates with the world championship in Rwanda in 2025. There, the UCI says, it wants to see an African “on the podium”.

Eritrea developed a love of cycling during the unhappy period as an Italian colony from 1889 to 1941. Its riders grow up at altitude. Girmay, for example, was born in the capital Asmara at 2,325 metres (7,628 ft). Theze said the riders had to contend with an isolating dictatorship.  “Eritrean riders had interesting qualities but we didn’t know it, and neither did they, because there was no opening,” he said.

“Generally, they are very dexterous, especially downhill, unlike most other African riders who climbed well but often fell,” said Theze.

“In Africa, they are crushing the competition. Since 2010, they have won eight of the 11 individual continental road titles, and ten team time-trial titles.”

Eritrean cyclists are ambassadors for a country that largely appears in Western news for refugees fleeing a regime accused of violating human rights, its involvement in the conflict in Ethiopia or its vote against a UN resolution calling for Russia to halt the war in Ukraine.

At home, “those who succeed are stars,” said Theze. In 2015, Teklehaimanot and Merhawi Kudus, third in the Tour of Turkey, paraded through the streets of Asmara in jubilation and were received by President Isaias Afwerki. Girmay could not wait for his turn after his Gent-Wevelgem victory.

“I know where I come from, this victory is crazy!” he said. “I am really keen to go home.”

“In Europe, we rushed to get the youngsters, who were thrown into the big races too quickly. We burned them out. Biniam’s patient, carefully planned rise is the way to go,” Theze said.

“Today, we identify them earlier, at 18. We see that in a good organisation that makes them progress, we have a Biniam capable of winning at 22 in beautiful European races,” he said.

“If it continues with this framework, there is no doubt that there will be others because classy riders continue to emerge there”.