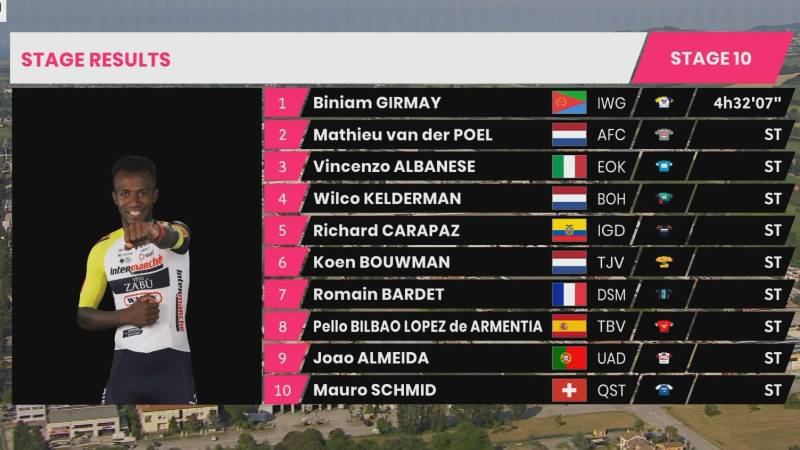 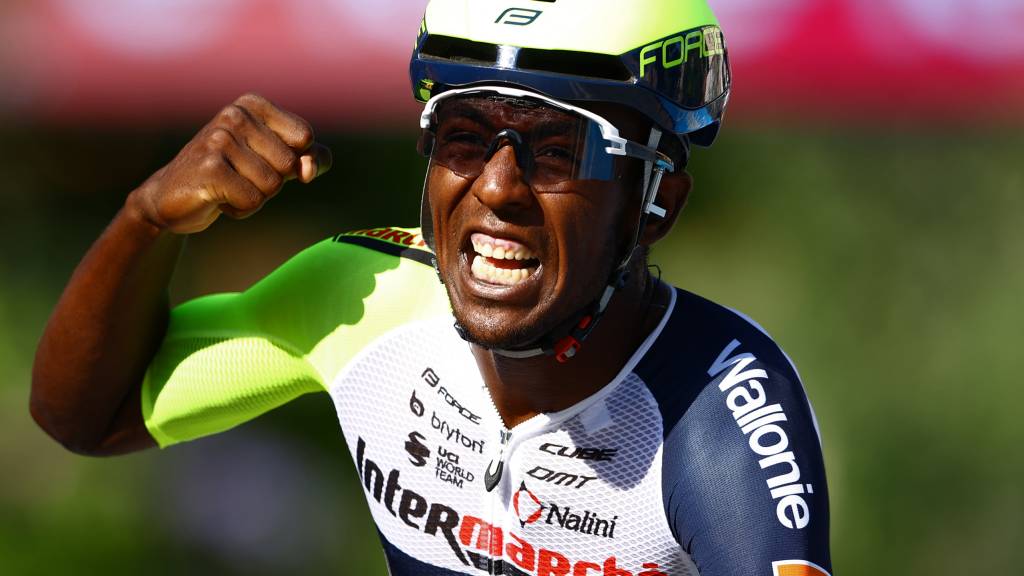 The Eritrean Biniam Girmay wins GETTY
"It is an attractive course, it is one of my chances," said Van der Poel on Monday on the rest day about the ride to Jesi. And it turned out. The Dutchman was razor sharp in the final but came just short to sprint past Girmay. 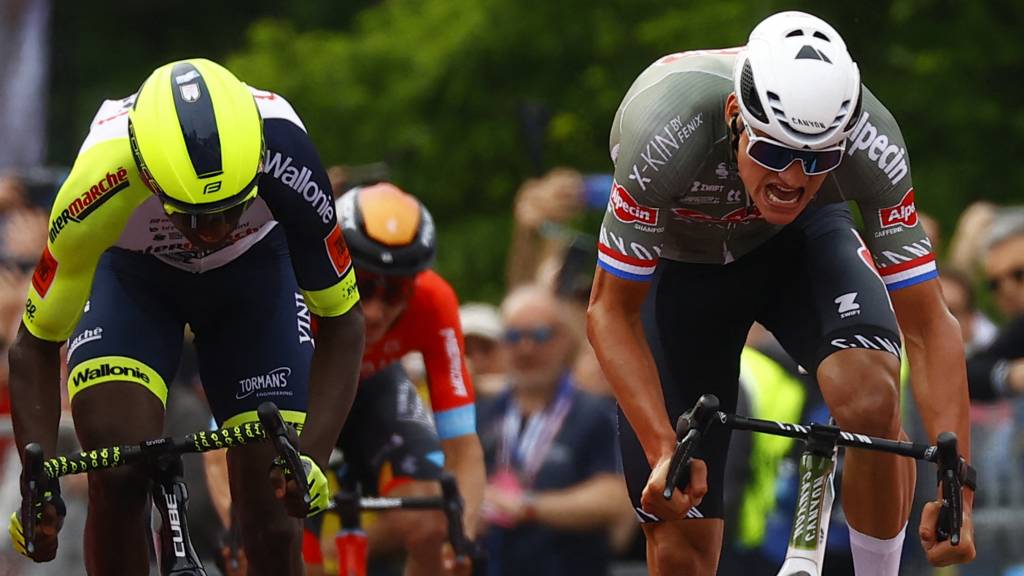 "It is an attractive course, it is one of my chances," said Van der Poel on Monday on the rest day about the ride to Jesi. And it turned out. The Dutchman was razor sharp in the final but came just short to sprint past Girmay.

It did not bother him that a piece of fabric ended up in the derailleur of Van der Poel's bicycle more than fifty kilometers from the finish. Once back on the road with a spare bike, the chain also came off. Van der Poel quickly caught up with the minute behind the peloton, despite some wasted energy.

When the chasing peloton had caught the last early breakaway Alessandro De Marchi (Israel), they drove at full speed on the Monsano, the last climb of the day (4.2 kilometers at 4.2%). But no one placed a decisive attack there.

In the winding descent to the finish, several riders dared to break away. Also Van der Poel, with his teeth together, but the Alpecin rider couldn't stay away. In the end, a group of thirty riders sprinted for the stage victory. Girmay, who was in the final with three teammates and who missed a corner in the descent, was the strongest in the final meters. 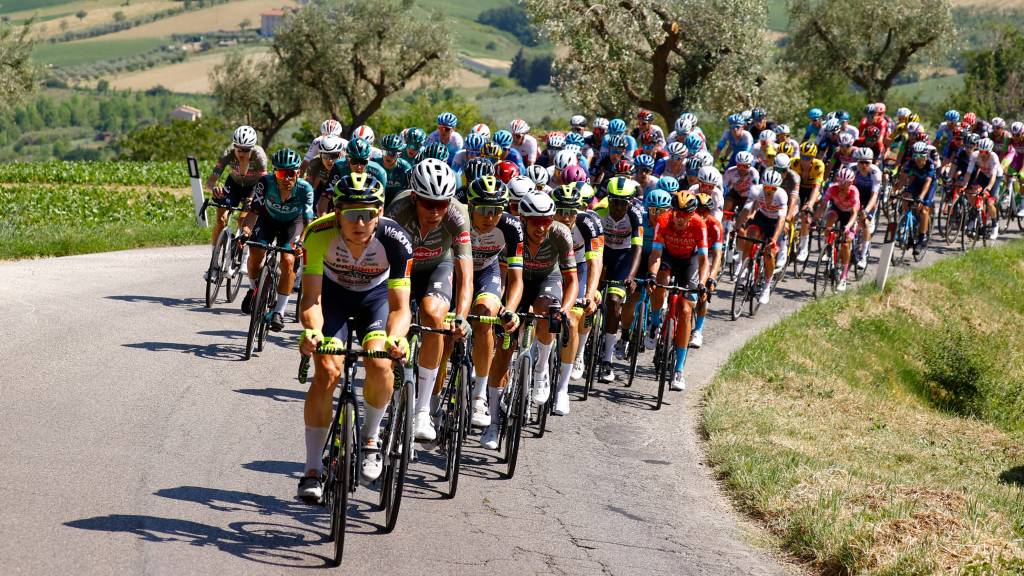 The peloton winds through the hilly landscape between Pescara and Jesi AFP
After more than a hundred kilometers of flat course, the real work began with about ninety kilometers from the finish. In a winding hilly landscape, Alpecin started chasing the escaped riders Lawrence Naesen (AG2R), Mattia Bais (Drone Hopper) and De Marchi with several men leading the pack.

If Van der Poel's ambitions were not yet clear for this stage, the other master attackers and stage privateers were now immediately on edge. The team of Biniam Girmay (Intermarché-Wanty), the other favorite for the stage win, also helped in the hunt.

The legs of the peloton were tested over three climbs of the fourth category in a landscape where the weather was no longer flat, such that top sprinters Caleb Ewan (Lotto) and Mark Cavendish (QuickStep), but also Wout Poels (Bahrain), had to unload.

The longest stage of this Giro is scheduled for Wednesday: 203 kilometers with a flat finish. A day that sprinters dream of.

Thumbs up for Girmay: Eritrean beats Van der Poel in ...