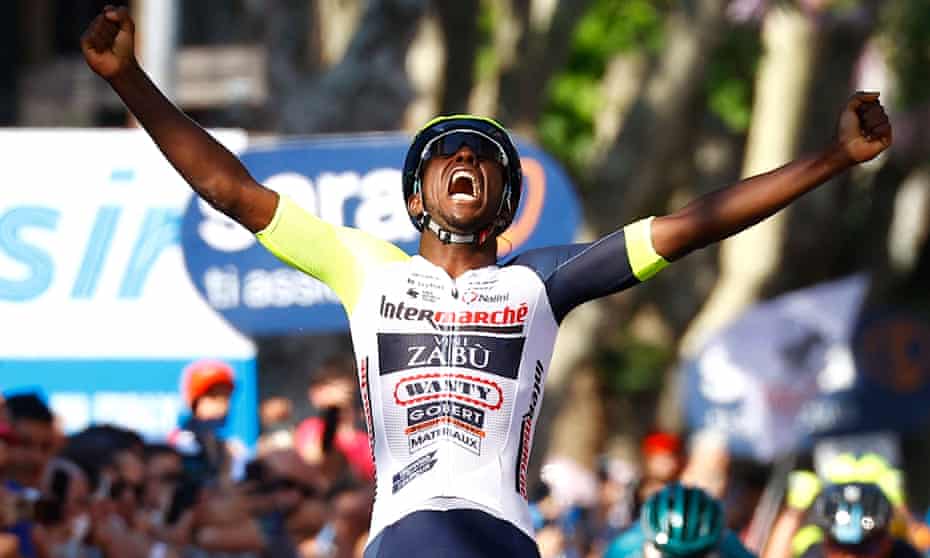 Biniam Girmay celebrates as he crosses the line. Photograph: Luca Bettini/AFP/Getty Images
Supported by
About this content
PA Media
Tue 17 May 2022 17.17 BST

Biniam Girmay became the first black African to win a stage of a Grand Tour with victory in the Giro d’Italia on Tuesday.

Girmay, 22, had already made history this season, with his victory at Gent-Wevelgem in March making him the first African to win a Belgian cobbled classic, and added another landmark moment for the sport on stage 10 of the Giro in Jesi. 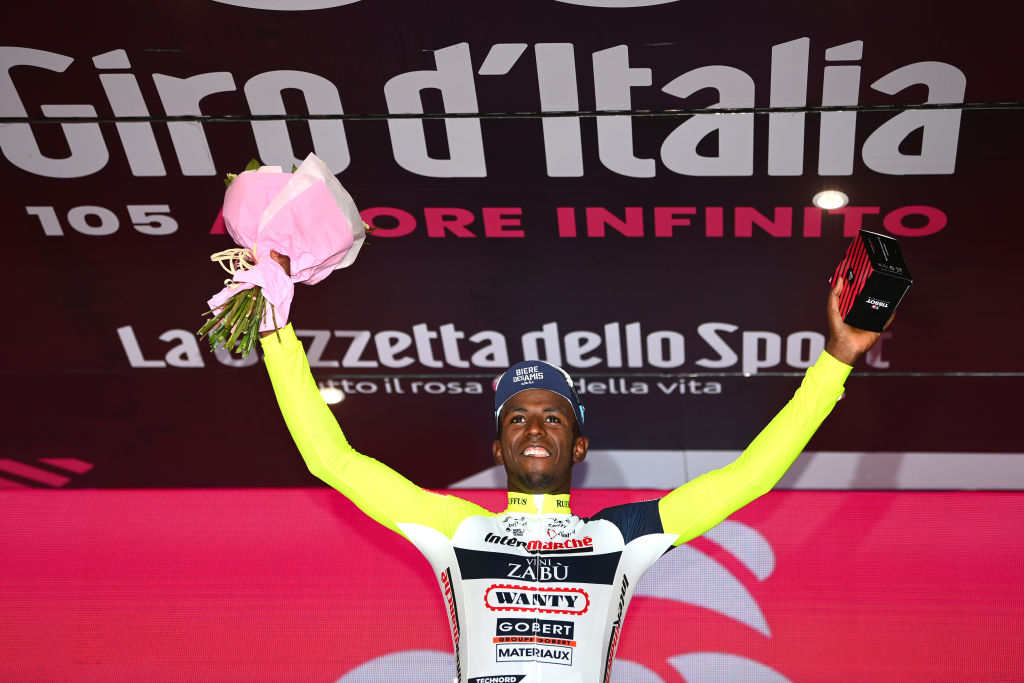 A lumpy finish to the 196km stage from Pescara had left the peloton in pieces with Girmay and Mathieu van der Poel the only real sprinters left and, after Girmay launched his move, Van der Poel gave up in his bid to come around the Eritrean and offered a salute as he crossed the line.

“It’s unbelievable,” Girmay said. “I thank the team. We started the race well, we controlled it. I don’t have any words for my team.” After his podium interview was interrupted several times by well-wishers from the peloton, he added: “When I started the Giro we had the possibility to win and make good results – this is also part of the success of our team, my family and everybody. Every day comes new history so I’m really grateful and happy that I did it.” 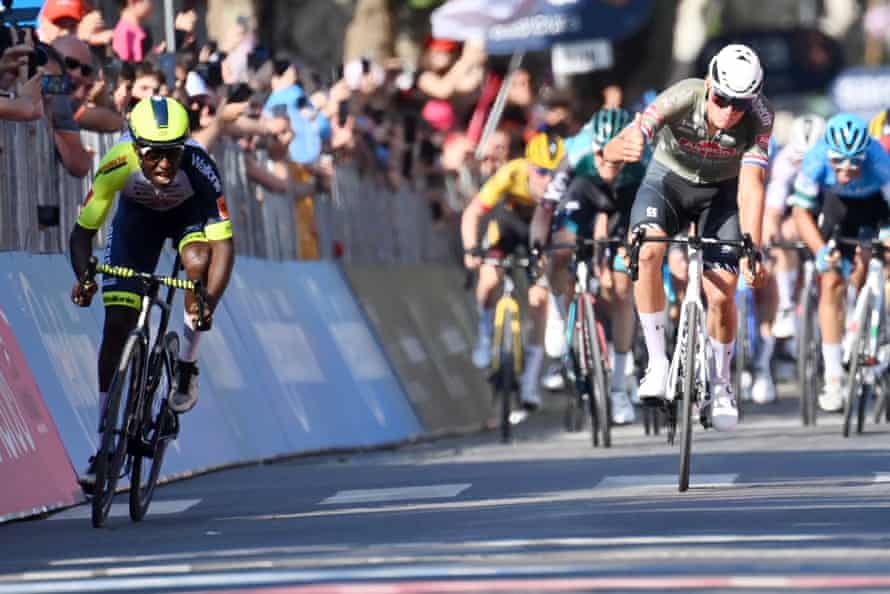 Van der Poel had almost managed to get alongside Girmay in the finale, but once his own face was in the wind he perhaps paid for some of the attacks he had made inside the final 10km as he could not get his wheel in front.

Girmay himself looked like he had made a costly error when he almost made a wrong turn with 6.5km to go – one of only two wrong moves he made on the day, the other coming on the podium when he caught himself in the face with the pop of the Prosecco cork. Unfortunately that incident cut short his celebrations – Girmay had to skip the customary post-stage press conference as he was taken to hospital for checks.

Twenty-eight riders made it to the line in the front group, including all of the main general classification hopefuls after Richard Carapaz, Simon Yates and Hugh Carthy had all tried late attacks. Juan Pedro López retained the leader’s pink jersey, 12 seconds ahead of João Almeida, with Romain Bardet, Carapaz, Jai Hindley, Guillaume Martin and Mikel Landa all within 30 seconds of the lead. 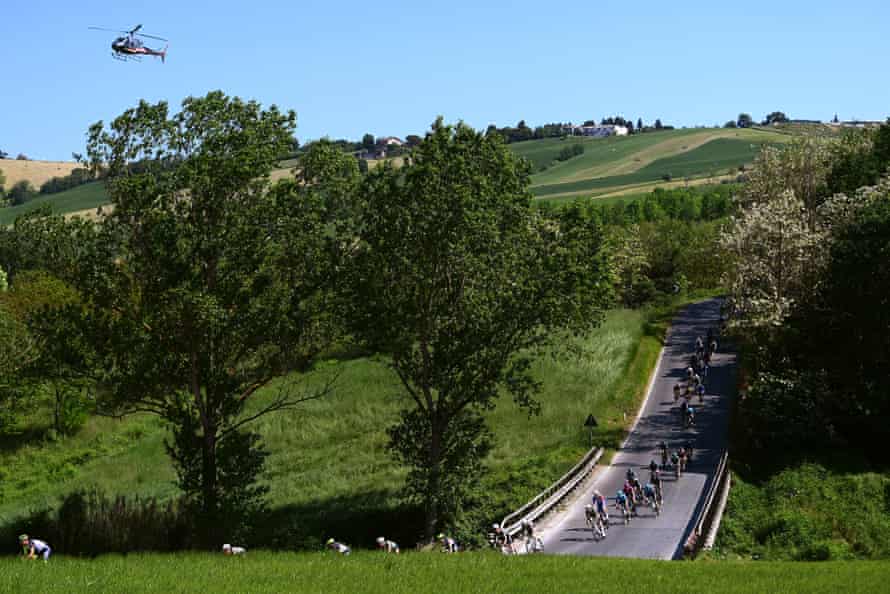 The peleton on the road from Pescara to Jesi. Photograph: Tim de Waele/Getty Images

Giro organisers used the stage to pay tribute to the late Michele Scarponi, the former Astana rider who was killed while out training in 2017, as it passed through his hometown of Filottrano. The town hosted an intermediate sprint which was won by Mattia Bais from Drone Hopper-Androni Giocattoli, one of Scarponi’s former teams.