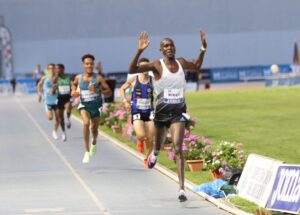 The man from Nerja returns to his privileges at the Ibero-American Meeting in Huelva with an impressive time of 13:06.74, the best in the history of Andalusia and fifth in Spain of all time 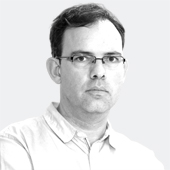 The resurrection of the young athlete from Nerja Ouassin Oumaiz has come, and in what way. The Cueva de Nerja long-distance runner crushed his record in 5,000 meters this Wednesday (at the time it was a minimum for the Tokyo Games, although he could not endorse it on the convenient dates), of 13:13.14, in Monaco on August 14, 2020. He lowered it by seven seconds to leave it in an impressive 13:06.74 in the sixteenth edition of the Ibero-American Meeting in Huelva.

To get an idea of ​​the importance of its record, we must consider that it is the fifth best Spanish brand of all time and the third European brand of the year, as well as the best Andalusian ever. Oumaiz was fourth in the test after an African trio formed by the Kenyan Levy Kibet (13:03.09), the Eritrean Merhawi Mebrahtu (13:04.49) and the Burundian Thierry Ndikumwenayo (13:06.46).

“He is very talented and could make that mark. I'm happy with the balance he showed. Ouassim had his problems last year and he could hardly compete, and now he is happier, "acknowledged his coach, Antonio Serrano, with whom he has returned this 2022. In fact, in 2021 he only completed three tests and retired in several and was left without going to the Olympic Games.

Everything has to be settled in the Spanish Outdoor Athletics Championships, precisely in Oumaiz's homeland, in Nerja, from June 24 to 26. Each country has a maximum of three representatives who can go to the European and World Cups as long as they achieve the minimum, whose deadline to achieve it also expires on June 26.

“The brand is the consequence of good work. We remain calm with the minimum, but now we have to continue working and improving, but both he and I are happy that the results are back, "acknowledged a Serrano who also directed the first part of his career, before Oumaiz for a few months , 24, put himself in the hands of Gabi Lorente, with a group of athletes in which Mohamed Katir was.

After the success, now the place in the Nerja Nationals must be earned if there were more than three Spanish athletes with a minimum in their test

Precisely this or Antonio Mayo may be rivals in the coming weeks in the face of qualifying for the European and World Cup. For now, Oumaiz will be in Andújar on June 4 at the Jaén Paraíso Interior Meeting, but in 1,500 and, later, in the Spanish Club Championship, before the Nerja Nationals.

It must be remembered that Oumaiz was proclaimed absolute champion of Spain in cross country at a very young age. Since 1961, with the legendary Mariano Haro, a Spanish athlete has not revalidated the junior and senior title in the event, and he was also 20th in the World Championships in Aarhus (Denmark), with a brilliant start, the result of his inexperience, of an irrepressible impulse . Subsequently, he focused on the 5,000 (he also has the Spanish record of 5 kilometers on the road, with 13:19 (on July 19, 2020, in Nijmegen, the Netherlands), alternating with other long-distance or medium-distance tests.

Nerja , Athletics
In the 5,000 meters, Ouassim Oumaiz also successfully sought the minimum double, who gave everything to win a great time of 13:06.74, the fifth best Spanish mark of all time and the third European of the year. The man from Malaga was fourth after an African trio formed by the Kenyan Levy Kibet (13:03.09), the Eritrean Merhawi Mebrahtu (13:04.49) and the Burundian Thierry Ndikumwenayo (13:06.46). In this test the sixth classified, Elzan Bibic, broke the Serbian record with 13:24.42.
Back to Dehai News