The EF Education-EasyPost rider celebrated with tens of thousands of excited fans after a successful long-range attack on a tough circuit around the streets of Asmara. Before crossing the line, Merhawi shook hands with his breakaway companion Natnael Tesfatsion, who backed down in the sprint to mark his respect for Merhawi, who had done the lion’s share of the work in the wind.

The two WorldTour pros had to ride hard to fend off a peloton of their country's strongest domestic racers. Bike racing is their national sport and all of the local teams were determined to keep the championship jersey at home.

“The local riders are very strong, especially in local races,” Merhawi said. “It was a circuit, so no team could keep it organised. There was no one team to control the day. There were a lot of attacks, as everyone wanted to escape.” Once Merhawi was away, no one was going to stop him. He was determined to wear his national colours in the world’s greatest road races, like he did in 2018.

“I had a good preparation and we knew as professionals that we could make the race,” Merhawi said, “but we had to work hard to stay away.”

After crossing the line, Merhawi’s supporters picked him up and danced with him on their shoulders. It was a dream come true for Merhawi to win his home championships in front of his family and all of his fans, who can’t come to Europe to see him race.

“The people were really crazy,” Merhawi said. “They are amazing. There were a lot of fans out there. It was like a city party. Everyone in my family came to watch. So did all of my close friends. I am one of the senior Eritrean riders at the moment and my supporters expected me to win. I’m so happy I did.”

Look out for Merhawi’s new national champion’s jersey. Rapha will work with him to make a great shirt. 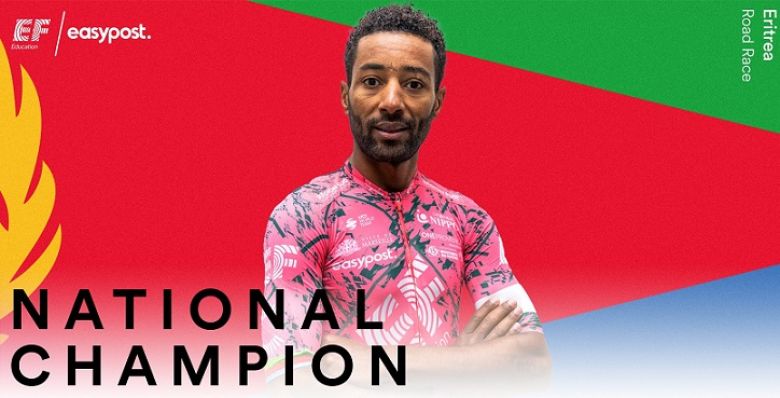