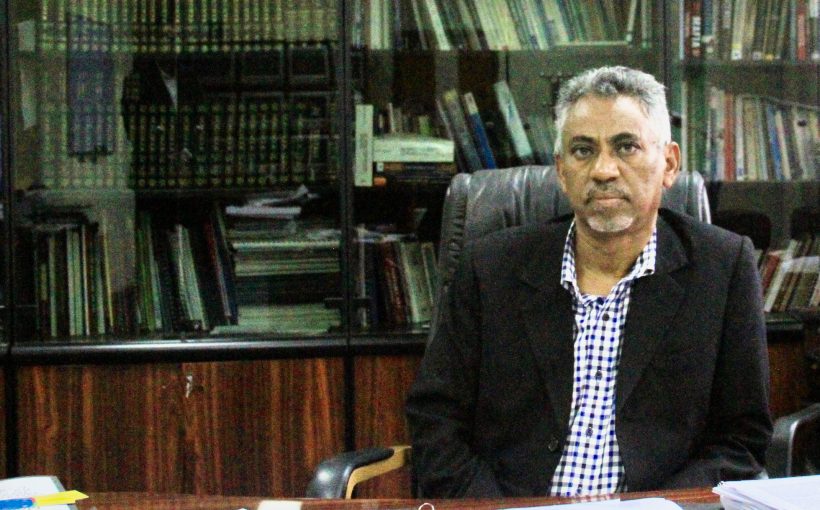 Asmara. The Eritrean Minister for Information Yemane Gebremeskel explains on 17.09.2022 (Saturday) to ulrich-coppel.de the current situation and background in the war with the „Tigray’s People Liberation Front“ (TPLF), which has been ongoing since November 2020, from his, and the Eritrean government’s point of view. He dementiates parts of a recent BBC report that Eritrea began a „mass mobilization“ on September 15, 2022 (Thursday). The BBC further reported in the article that … „reservists up to the age of 55″…. had been called up, citing unnamed sources.

Reuters news agency reports Sept. 17, 2022 (Saturday), on a general mobilization of Eritrea, citing a tweet with a travel advisory from the government of Canada. According to the tweet, even reservists up to the age of 60 will be called up.

In this interview, Eritrea’s Minister of Information Yemane Gebremeskel greatly softens these reports, speaking of a „tiny number of convocations.“

Note: Ulrich Coppel cannot verify the information in this interview. It is the view of the Eritrean Minister of Information and the Government of Eritrea.

Ulrich Coppel: How do you describe the current situation in the war zone in the Ethiopian region of Tigray and the neighboring regions of Amharen and Afar?

Yemane Gebremeskel: Current situation in Tigray Region:  Media have deliberately ignored that it was TPLF again that triggered the current round of military confrontations by unleashing its third offensive in the Kobo and other Amhara areas.  This happened while the Federal Government had declared permanent truce and when both sides were engaged in indirect peace talks.  TPLF’s unprovoked actions have precipitated an escalation of the war that is going on several fronts.

Ulrich Coppel: What are the goals of the „Tigray’s People Liberation Front“ (TPLF)?

Yemane Gebremeskel: TPLF’s war plans are not confined to Ethiopia.  From the outset, when it attacked the Northern Command in November 2020, military attacks against Eritrea to further its agendas of territorial expansion and regime change were always on the table.    In the circumstances, Eritrea’s legitimate right to self-defense is not controversial.

Ulrich Coppel: What are Eritra’s goals in this war?

Yemane Gebremeskel: Eritrea has no special interest in the Tigray Region.  The 2018 Peace agreement is between Eritrea and Ethiopia and it naturally includes Tigray Region as other regions in Ethiopia.  But the TPLF – not he people of Tigray – has an entrenched hostile agenda against Eritrea which includes: incorporation of Eritrean territories; regime change; and at times, destroying Eritrean national identity to incorporate Eritrea’s highlands and the eastern lowlands in „Greater Tigray“.  The EU and the US are not un-aware of this toxic TPLF policies but they prefer to accommodate it for their own agendas.

Ulrich Coppel: In a recent report by the BBC, there are reports of „mass mobilization“ in Eritrea. According to the report, reservists up to the age of 55 would be called up, and those who did not comply would face „serious consequences. What is your position on this?

Yemane Gebremeskel: Eritrea is not mobilizing its entire population. This is deliberate distortion and exaggeration of the reality on the ground.   Some reservists were called up but this is miniscule. number.

Note: An updated background report and commentary will follow shortly.