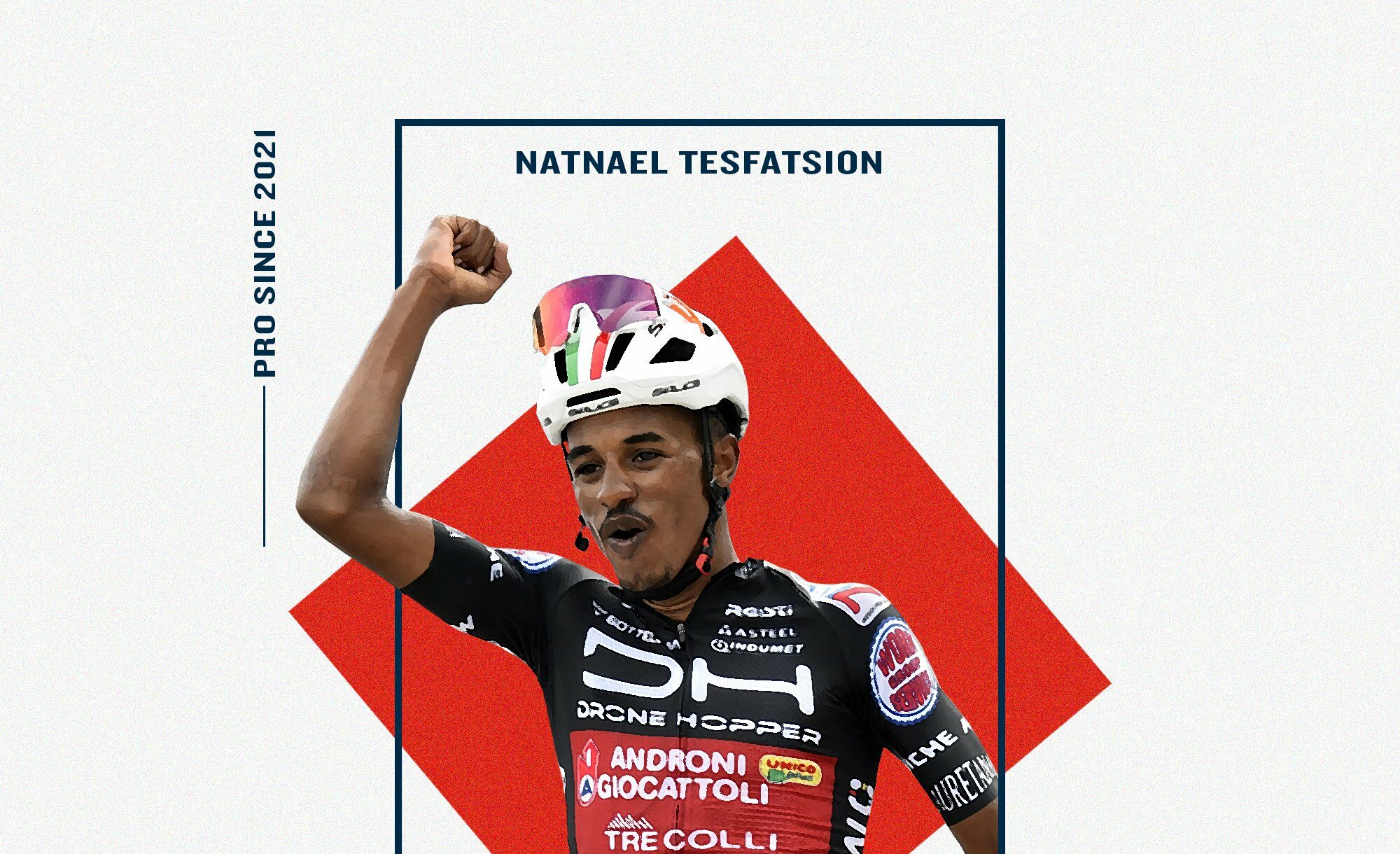 Trek-Segafredo have signed Natnael Tesfatsion from Drone Hopper-Androni Giocattoli on a two-year deal, the third new signing for the American team for the 2023 season.

Tesfatsion, who has spent two seasons at the Italian ProTeam run by Gianni Savio, will be the eighth Eritrean rider to ride in the WorldTour and will serve as a valuable addition to Trek-Segafredo's climbing squad.

The 22-year-old joins two other promising riders – former Gazprom-Rusvelo youngster Mathias Vacek and Belgian teenager Thibau Nys – in joining the team next season.
"Tesfatsion has proven to be a solid rider ready to move up to the big leagues," team boss Luca Guercilena said in a Trek-Segafredo press release.
"We have been monitoring him for two years and, in that time, he has showed remarkable skills on both short and long climbs, as well as a decent sprint.

"He immediately gave us the picture of a complete rider, an interesting prospect worth investing in. We believe he has lots of room for improvement to also stand out in the WorldTour."

During his career so far, which started with a two-year stint at Dimension Data's Continental team in 2019 and 2020, Tesfatsion has racked up five victories, including two overall triumphs at the Tour du Rwanda.

Last season he made his Grand Tour debut at the Giro d'Italia and he's kicked on further in 2022, with stand-out results including second at the Adriatica Ionica Race and a stage win at the Monte Grappa summit finish, a fourth place at the GP Industria e Artigianato, and second at the Giro dell'Appennino behind solo winner Louis Meintjes.

"Joining Trek-Segafredo is the greatest opportunity I've had so far in my life," Tesfatsion said. "I really want to thank everyone who has helped me reach this point and, of course, to the team management for the trust they've shown in me."

"I have a new and big challenge in front of me but I'm happy and super excited to face it. I really feel that my dream has come true. As part of Trek-Segafredo, I'm sure I'll be able to improve my skills and grow more and more in the coming two years.

"I really want to do my best to contribute to the Team's successes and to repay the trust they have put in me. This motivation and the desire to make my country proud will be the engine to stand out at the highest level."

Tesfatsion will join his compatriot Amanuel Ghebreigzabhier at the team and becomes the latest in a string of Eritreans to race at the sport's highest level.

Daniel Teklehaimanot, Metkel Eyob, Mekseb Debesay, Natnael Berhane, and Merhawi Kudus have also raced in the WorldTour for teams including Astana, BikeExchange, Cofidis, and EF Education-EasyPost. Finally, Biniam Girmay has this year emerged as one of the peloton's top riders with wins at Gent-Wevelgem and stage 10 of the Giro d'Italia for Intermarché-Wanty-Gobert.

Team boss Gianni Savio told La Gazzetta dello Sport last month that riders on his team are free to seek contracts elsewhere as he attempts to save the long-running team.