Leveraging Trade in Eritrea by Righting the Wrong Trade 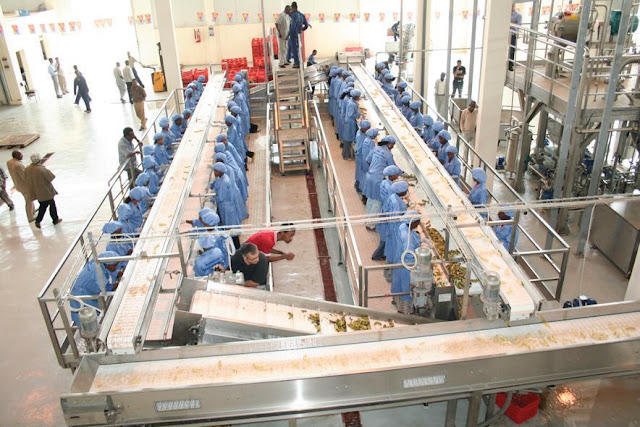 There have been much talk on how trade domestically or cross-border or in international trade being conducted in Eritrea. People in Ethiopia consider that Eritrea is in dire need of food items, to be more specific in cereals like Teff or Berbere. They do not consider that they are paid for their products and not given for free. In this perspective, trades have been conducted through cross-borders either from Sudan or Ethiopia although not accounted how much it covers Eritrea’s need by way of percentage or in terms of dollar.

Worku Aberra of Dawson College in Quebec in his study ‘Asymmetric Benefits: The Ethio-Eritrea Common Market (1991-1998) asserted that the Ethio-Eritrean preferential trade arrangement benefited Eritrea and harmed Ethiopia. He concluded that the terms of the trade arrangement as unfavorable. This argument is not based on well researched analysis but based on bias. The bias is obvious and shared by Ethiopia’s academicians and commoners.

As obvious as it is, countries do not produce whatever they want. They may not have the resources or the skills to produce whatever demanded by their local market. As David Ricardo’s comparative advantage, under free trade, an agent will produce more of and consume less of a good for which they have a comparative advantage. Comparative advantage is the economic reality describing the work gains from trade for individuals, firms, or nations, which arise from differences in their factor endowments or technological progress. In an economic model, agents have a comparative advantage over others in producing a particular good if they can produce that good at a lower relative opportunity cost or autarky price, i.e., at a lower relative marginal cost prior to trade. One does not compare the monetary costs of production or even the resource costs (labor needed per unit of output) of production. Instead, one must compare the opportunity costs of producing goods across countries.

Just as an example, Eritrea has a comparative advantage in producing fish and can export. This is because, it has abundant potential or resource in fishery, which it can tap and make money out of it. Eritrea can also produce small industrial items that will be demanded by consumers in neighboring countries. Producing Teff may not be that yielding and cannot be produced in abundance to meet demand in Eritrea. Hence, it imports it.

Trade becomes imperative to augment shortfalls in the market from those who produce them in excess of their requirement. Import trade deals with the goods, services and products that are brought into a country from another country. Countries are most likely import goods that their domestic industries cannot produce as efficiently or cheaply as the exporting country. Countries may also import raw materials or commodities that are not available within their borders. For example, many countries import oil because they cannot produce it domestically or cannot produce enough to meet their demand.

In line with the foregoing theory and its application, Eritrea is in need of international trade as it is not producing all goods and services. There is what we call autarky. It is an economic system of self-sufficiency and limited trade. A country is said to be in a complete state of autarky if it has a closed economy, which means that it does not engage in international trade with any other country. Eritrea has been in a war with Ethiopia during the last 20 years and recently with Djibouti. Consequently, trades of both domestic and international have been either curtailed or downsized due to the effect of the war.

Nowadays, there is the South to South trade of exchange of resources, technology, and knowledge between developing countries. We have COMESA (Common Market for Eastern and Southern Africa) with members of Burundi, Comoros, Democratic Republic of Congo, Djibouti, Egypt, Eritrea, Ethiopia, Kenya, Libya, Madagascar, Malawi, Mauritius, Rwanda, Seychelles, Sudan, Swaziland, Uganda, Zambia and Zimbabwe. This free-trade area has not been effective though its intention is to promote trade between South to South. Its vitality goes without saying as it can help the member countries to come out of the quagmire of the trade with the North, that results in unfavorable trade and borrowing from multilateral and bilateral organizations to cover the loss or deficit in trade.

Eritrea has a policy with regard to international trade, which could be fruitful but the application is not proved well and it missed the intent. The main objectives of the policy are as follows:

a) Promote the optional allocation of resources across sectors, institutions and regions;

b) Promote an equitable distribution of income and wealth so that the benefits of development are over time more and more equitably distributed across members of the society;

d) Ensure adequate incentives for both domestic and foreign private capital so as to achieve an increasing rate of investment overtime;

f) Foster greater competition in the domestic market; and

g) Ensure that the revenue yield of the tax system as a whole grows at least in line with the growth rate of GNP.

The following are objectives directly or indirectly related to domestic or international trade.

CONTINUE READING BELOW:
Source: Madote.com
277002-Leveraging Trade in Eritrea by Righting the Wrong Trade.pdf
Back to Dehai