TPLF: The Play of the Liar-in-chief, Convicted Criminal, and Tribal Hack. 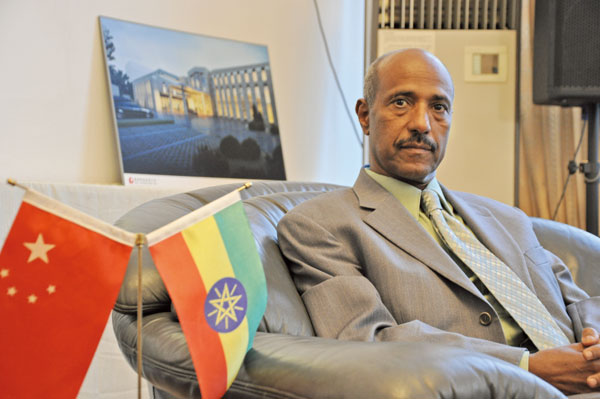 Siyoum Mesfin
By Abel Kebedom
Feb. 26, 2020
It has been no secret that the TPLF crime family, that is hiding in hotels in Mekelle and Aksum, was working hard to obstruct the change and new beginning in Ethiopia. It was hoping that the turmoil in Ethiopia might be exacerbated, ultimately creating a favorable condition for TPLF to assume power in Arat Killo, directly or indirectly or declare the independence of the Tigray republic. However, the recent glimpse of hope and stability in Ethiopia, coupled with the recent interview by the president of Eritrea, might have dampened that hope and put the final coffin nail on TPLF’s dream to come to power or pull the second playing card of declaring Tigray independence. That is why recently we heard a loud cry for help from the crime family’s disgruntled former officials, Siyoum Mesfin (Liar-in-chief), Siye Abraha (Convicted Criminal) and Tsegai Berhe (Tribal Hack).
The Liar-in-Chief.
Siyoum Mesfin is a former Foreign Minister of the Tigray tribal clique who is more known by his bald- faced lies. When the Ethio-Eritrea Border Commission (EEBC) gave its verdict, he did not waste time to appear Infront of the TV camera to spread his cheap lies. In his official briefing to the media, he said the EEBC gave every inch of territory the clique claimed from Eritrea, including the town of Badme. Believing his bold face lie was true, many Tigrayans rejoiced the EEBC decision and danced in the street of Addis Ababa and Mekelle, later to realize that they were duped by their so-called foreign minister nicknamed “Comic Ali”. He is also known for his bald-faced lies during the TPLF initiated border war against Eritrea that earned him the nickname “Comic Ali”. As a prelude to his tribal clique’s start of the war of aggression against Eritrea, he blatantly lied that Eritrea broke the US-brokered and monitored Air attack mortarium by conducting an air attack on the town of Adigrat. Sium Mesfin is a yes man who amassed a massive ill-gotten wealth during his tenure as Foreign Minister and Ambassador to China that is currently managed by his close and distant relatives. Please use the link below to watch the real-time video and learn about the lies of this loser and disgruntled former TPLF official.
https://www.youtube.com/embed/ZrCvc-qpouI
The Convicted Criminal.
Siye Abrha is a professional conspirer who once served as a Defense Minister of the Tigray tribal clique in Ethiopia. In his bid to unseat the former prime minister of Ethiopia, late Meles Zenawi, from power and become the prime minister of the then minority regime in Ethiopia, he was a familiar face in Asmara. When he knew he was not going to get the support he expected from Eritrea, he ordered the execution-style killing of twelve Eritrean military officials who were in a meeting in the town of Badme, in effort to quell the harassment and expulsion of native Eritreans from the area and surrounding villages. Siey’s action effectively triggered the conflict between TPLF and Eritrea. Later, the border war rekindled Siye’s bid to unseat Meles from power and worked hard to turn the army against the late prime minister. He was outsmarted by Meles, convicted of corruption and thrown to jail for many years. After his recent stint in Washington, he is back in Mekelle at his old game hoping that an opportunity might arise for him to realize his old dream. As a testament to his commitment to the mafia group, he recently received recognition and certificate of award from the TPLF crime family.
The Tribal Hack.
Tsegay Berhe is a relatively unknown low profile guy whose power comes from his marriage lineage to the Adwa crime family. He has once served as a security adviser to the former Prime Minister, Hailermariam Desalegne, effectively controlling the TPLF security apparatus in Ethiopia. He is known to have a fantasy with criminal acts and gets pleasure from supervising torture against innocent civilians and former TPLF security officials who were suspected of not following TPLF’s orders, including the former top TPLF security official Woldeselassie Woldemichael. During his tenure as a security adviser, he has ordered the killing of thousands of innocent Oromo and Amhara youth in parts of Addis Ababa, Oromia and Amhara regions. To evade accountability for his crimes, currently, he is a zombie in the streets of Mekelle and Aksum agitating Tigray youth for war against the Ethiopian federal government and Neighboring Eritrea.
Conclusion
The recent interview of the Eritrean president on regional issues highlighted the destructive role of TPLF in the Eritrea-Ethiopia Peace process and the prevailing change in Ethiopia. He specifically mentioned the TPLF initiated new settlements on the land that was awarded to Eritrea by the EEBC, currently under the TPLF crime family. He noted TPLF’s action is a desperate move to obstruct the peace process between the two sisterly countries, nevertheless, he emphasized the importance of peaceful co-existence between the people of Eritrea and Ethiopia. As a sign of concern to Ethiopia’s stability, he pointed out the negative role of TPLF engineered ethnic politics in Ethiopia, legitimized by the TPLF authored constitution, and provided suggestions on how to address it. The president’s interview showed Eritrea’s commitment to peace in the region and its readiness to face any challenges that may arise in the future. The TPLF criminal family, that can only profit from ethnic conflict and mayhem, did not like the interview. Therefore, the recent play of the liar-in-chief, a convicted criminal and tribal hack on Tigray TV was nothing more than a sign of hopelessness and desperate cry for attention. Guys, the game is over.
Eternal glory to our Martyrs,
Awet ne Hafash.
Source: Madote.com
Back to Dehai