(BBC) Is Eritrea coming in from the cold? 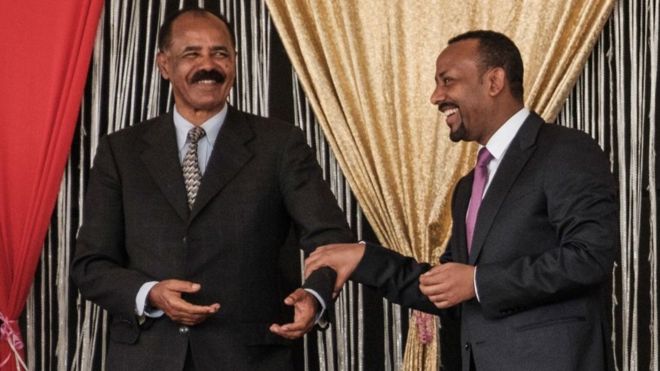 For decades, the Eritrean economy has struggled because of a combination of war, authoritarian rule and the impact of United Nations sanctions.

But the East African country's recent rapprochement with its southern neighbour, Ethiopia, and the end of the embargoes, means that its economy now has a chance to grow substantially.

The hope is that the nation will export more to the world than people fleeing the country.

But as Eritrea continues to be an authoritarian one-party state, with a heavily militarised society, substantial hurdles remain. It is also one of the poorest countries in Africa, with a mostly agriculture-based economy. 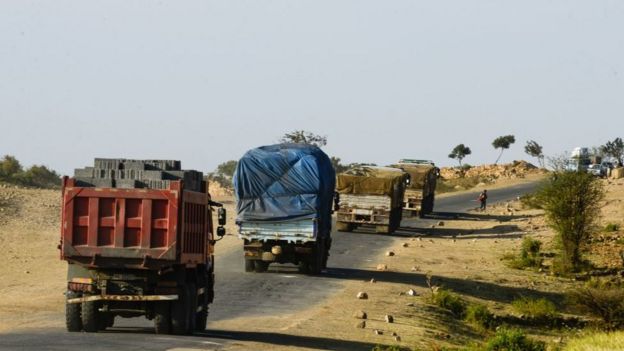 Yemane, an Eritrean expat living in Europe, is part of the country's vast diaspora.

An estimated 1.5 million Eritreans now live overseas, more often after escaping poverty, or the country's indefinite military service. This is more than one in five of all Eritreans.

Yemane was recently back in Eritrea on holiday, in the city of Massawa on the country's Red Sea coast. He also used the visit to do some business research.

His company imports Ethiopian beer into Europe, and he hopes to start being able to export it via Massawa. "This would be much easier for my business," he says. 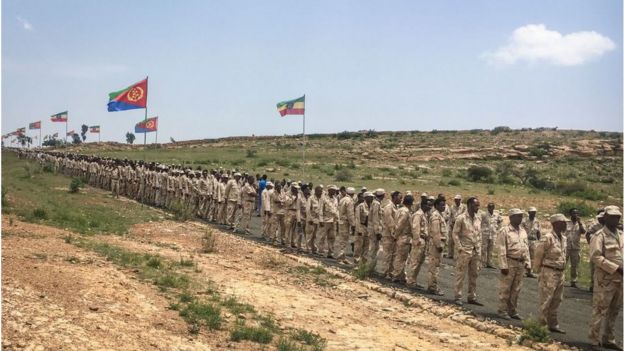 Presently the entrepreneurial ex-pat has to ship the bottles via the the small coastal country of Djibouti, to Eritrea's south east.

This had been the case for all of land-locked Ethiopia's ground and sea exports ever since its 1998 to 2000 border war with Eritrea meant the country could no longer access Eritrean ports. It led to a Cold War-style standoff between the two countries for the next 18 years.

It means that Ethiopian merchandise has once again started flowing into Eritrea, while Eritreans have been heading south to shop in northern Ethiopian towns.

Then, in November of last year, the UN lifted its sanctions against Eritrea that had been in place for nine years.

These included an arms embargo, an asset freeze, and a travel ban. They had been put in place after Eritrea was accused of supporting Islamist militants in Somalia - something it denied.

While the four border crossings between Eritrea and Ethiopia are currently officially closed again, this is said to be a short-term move only. 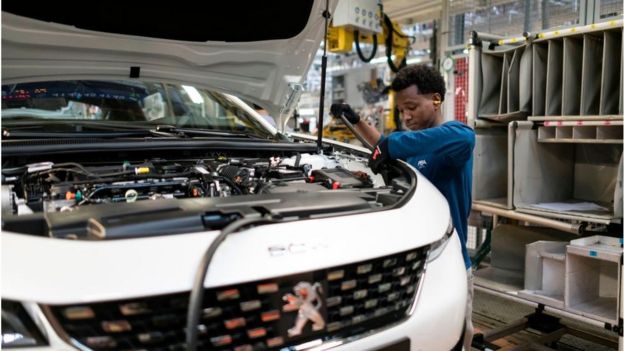 GETTY IMAGESMany Eritreans have left the country to find work

It comes as the Ethiopian Ministry of Transport says it is moving ahead with plans for bus services across the border. And another reporter, freelancer Elias Gebreselassie, says that "people and goods are still crossing informally" between the two countries.

Eritrea - which gained its independence from Ethiopia in 1993 - used to be famous for its entrepreneurialism and trade ties.

This owed much to outside influence - the country has seen influxes of Arabs, Turks and Yemenis throughout its history. Not to forget Italian and British rule. 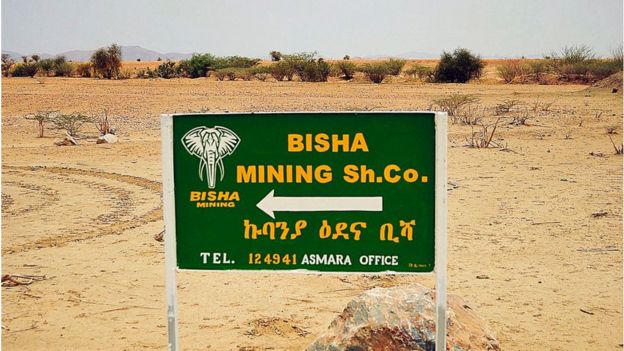 "There is a popular saying in Eritrea - 'let the farmers farm, and the traders trade'," says Tekle Woldemikael, a sociology professor at Chapman University in California, who was born in Eritrea.

"It means that Eritreans value the possibility to do trade in open and unrestricted markets."

Sadly, in recent decades the Eritrean economy has been gutted, first by the country's 30-year fight for independence, then by the 1998-2000 border war.

And the economy is still being profoundly affected by the government's far left economics. 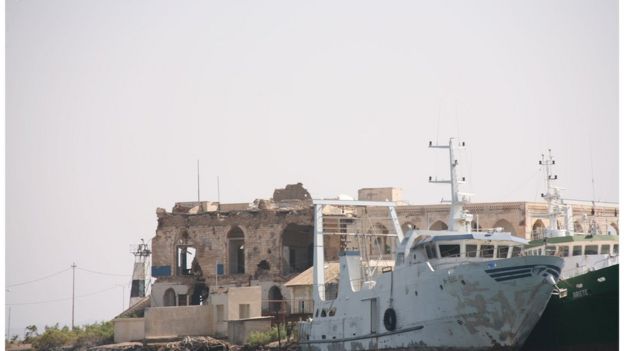 "Eritrea's economic stagnation is rooted in the communist government's profound antipathy to free trade and capitalism, not the war, and that's not going to end because of the truce," says Michela Wrong, who wrote a book on Eritrea's fight for independence.

Currently, the government limits each person to withdrawing 5,000 Nakfa (about $330; £250) a month from banks, ostensibly to tackle the currency black market, but this hinders private initiatives and entrepreneurialism.

This is compounded by continued mandatory national service, which leaves most young people "serving the nation" in the military or in government ministries for extremely limited salaries.

Nicole Hirt of the GIGA Institute of African Affairs, in Hamburg, is also pessimistic about the possibility of an economic renaissance in Eritrea.

"The problem is the infrastructure has been completely neglected," she says. "I would warn against being over optimistic, because the ruling elite has always tried to control the economy, and has left very little space for private investors."

Currently, the country's only significant export is gold mined in the western Bisha area and sent to China and South Korea. However, there is growing interest in doing business with Eritrea around the world.

At the end of 2018, a group of about 80 Italian investors representing sectors such as energy, construction and agriculture, visited Eritrea with the Italian Deputy Minister of Foreign Affairs, Emanuela Del Re. 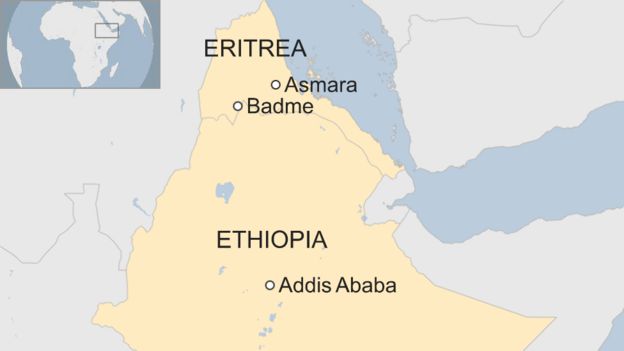 The disputed border town of Badme was at the heart of the war between the two countries, whose capitals as Asmara and Addis Ababa

"Of course, Eritrea has huge potential to export," says Ms Hirt. "After World War Two, it was one of the most industrialised areas in Africa.

A spokesman for the Eritrean government said that the country's large diaspora could help boost the economy. Most already send back cash to their families, and, officially, ex-pats have to pay a 2% tax on income earned abroad.

In fact, some estimate that about 30% of Eritrea's gross domestic product is derived from money sent back to the country. 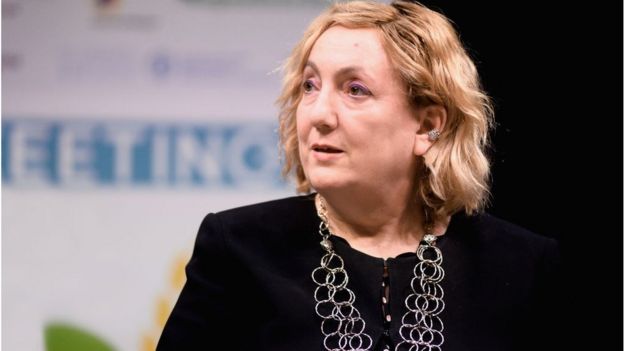 But while ex-pats like Yemane are looking at renewing their ties, other commentators warn against any expectation of rapid change in the country.

"Eritrea needs to develop its own basic food security before thinking about exports," says Victoria Bernal, an anthropology professor at the University of California, and an expert on the country.

"They also cannot do international business without strengthening their ICT [information and communications] infrastructure."

Ms Hirt adds that most potential international investors are also likely to hold back until they see real political reform in the country.

BBC News
Back to Dehai News