GlobalResearch.ca: The Attempted Coup in Ethiopia Reveals the Fragility of Modern African States 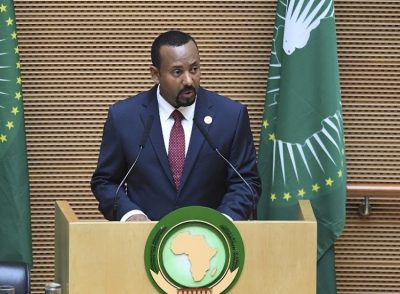 Africa’s second most populace state was the scene of an attempted putsch on June 22 when the head of the military was assassinated in the capital of Addis Ababa.

There were initial reports of four people killed in the attacks on the police headquarters, the ruling party offices and the regional presidential headquarters in the Amhara regional capital of Bahir Dar.

Other details which have emerged suggest that a militia connected with the Amhara police forces were behind the failed coup. Efforts were made to seize control of the local state-run media. In the fighting, the Amhara state President Ambachew Mekonnen was killed along with a high-ranking advisor to the local administration. 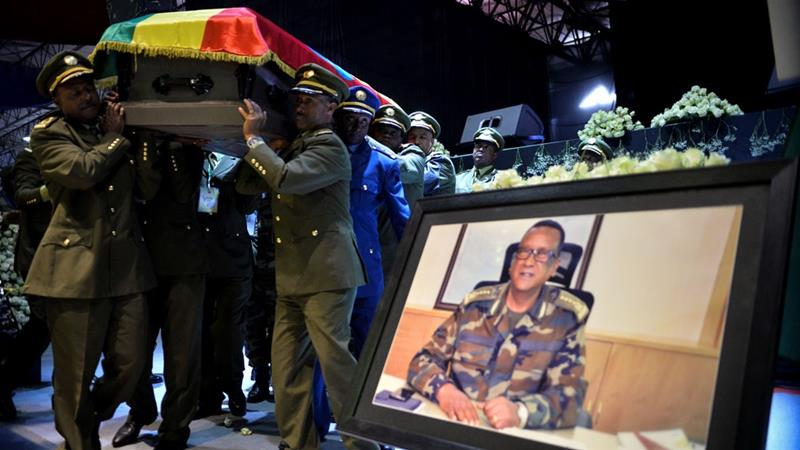 Additional reports have stated that the mastermind behind the coup attempt was the Amhara state security chief Brigadier General Asaminew Tsige. The dissident military official was said to have been killed on June 24 attempting to flee his hideout in Bahir Dar. Asaminew was released from prison in 2018 having been incarcerated for nine years after an earlier coup attempt.

State-controlled press agency sources in Amhara claim that a total of 13 people died in the fighting when elements loyal to the national federal government of Prime Minister Abiy Ahmed took measures which thwarted the efforts to seize power. Questions remain whether the failed coup was only aimed at taking power in Amhara or whether the assassination of the Chief of Staff of the Ethiopian Defense Forces General Seare Mekonnen and another retired general was part of a countrywide plan to unseat Abiy.

A state funeral was held in the capital of Addis Ababa on June 25 where over a thousand soldiers and the families of the slain military leaders gathered to pay their last respects to the deceased whose coffins were draped in the Ethiopian national flag. The following day on June 26, thousands lined the streets in Bahir Dar to mourn the five officials killed there. 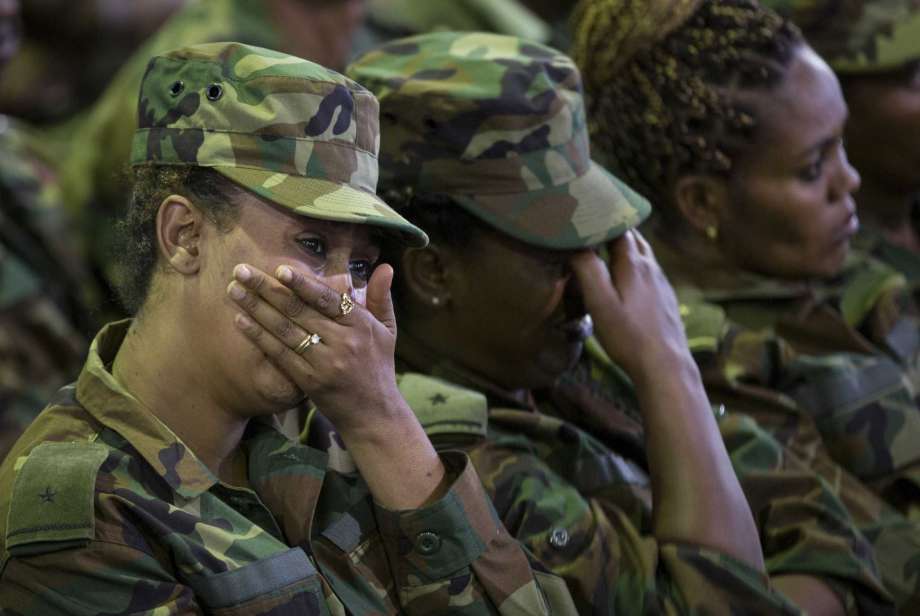 General Seare was buried in his home region of Tigray on June 26. The nation of 112 million people have been reminded of the ongoing instability within the country where a tenuous balance of federal regional states and the national government can be torn asunder by a series of conflicts over political control.

The Significance of Ethiopia as a Nation-State

Ethiopia is the headquarters for the African Union (AU), the 55-member continental organization founded as the Organization of African Unity (OAU) in May 1963.

Since 2002, the reformed institution has placed greater emphasis on the ideas of the visionaries who established the OAU as a direct outcome of the ideological and political developments of the Pan-African Movement since the turn of the 19th and 20th centuries. The 2063 AU blueprint calls for further economic, political, cultural and telecommunications integration.

In Ethiopia specifically, Prime Minister Abiy Ahmed has been lauded over the previous 15 months for his rapid ascendancy to power and the implementation of domestic and foreign policy reforms which have been responsible for groundbreaking developments. There has been the release of political prisoners and the return of exiles from outside the country. The appointment of women to key positions in government has raised their profile within Ethiopia, Africa as a whole, as well as internationally.

Nearly one year ago, Abiy signed two peace treaties with neighboring Eritrea, a nation born in a three decades-long secessionist armed struggle against the Addis Ababa government. Other plans were announced involving economic cooperation between the two states and the enhancement of mutual cooperation and friendship among its people.

Ethnic and micro-nationality conflicts have surfaced as well since Abiy took power where violent clashes among the Oromo and Amharic groups have resulted in hundreds of deaths and injuries along with the displacement of hundreds of thousands. The much trumpeted easing of tensions with Eritrea, where two wars were waged in 1998 and 2000, many years after the declaration of independence by Asmara in 1991 in the wake of the collapse of the previous socialist-oriented administration of Mengistu Haile Mariam, has been dampened when the closing of border crossings made news earlier in the year.

United Nations reports indicate that 2.4 million people are dislocated within Ethiopia. This is said to be largest of such displacement on the African continent.

During the period of monarchical rule of His Imperial Majesty (HIM) Haile Selassie I in Ethiopia, the Amhara were dominant within state and economic institutions. The war with Eritrea, which began in 1961, was followed by similar armed conflicts against the central government within the regions of Tigray, Oromo and Ogaden. The government which came to power in 1991 had also waged an armed struggle against the Workers Party of Ethiopia (WPE) administration. The Ethiopian People’s Revolutionary Democratic Front (EPRDF) was formed and led by the Tigray People’s Liberation Front (TPLF), based in the north of the country.

A federalized system of government since the early 1990s has served as a mechanism for obfuscating the underlying ethnic and micro-nationality tensions which are by-product of contemporary Africa under neo-colonialism. Overcoming these contradictions remains the major challenge of the AU member-states notwithstanding the masses of workers, farmers and youth.

Details of the actual events are still being uncovered in the subsequent days since the apparent attempt to seize power by a section of the security forces based in the Amhara region. There are strong sentiments against the Abiy government based upon the reforms he has initiated and the normalization of relations with Eritrea.

The resentment against Abiy’s government and policies has simmered since his taking of power after mass demonstrations, violent unrest and strikes during the early months of 2018. The previous administration of Prime Minister Hailemariam Desalegn had lost legitimacy among large sections of the impoverished and marginalized population.

Despite its phenomenal economic growth in recent years due to the attraction of investments from both the Western capitalist states and the People’s Republic of China, discontent over the distribution of wealth and services has created a volatile social situation. Abiy who is from the Oromo region sought immediately after taking office to normalize relations between the southern areas and the central and northern territories of Ethiopia.

Genuine development could not take place without some rapprochement with neighboring Eritrea, Somalia and Djibouti. However, the role of the Gulf Monarchies such as Saudi Arabia and the United Arab Emirates (UAE) through their military usage of Eritrean ports will inevitably place major obstacles in regard to relations with other African and Middle Eastern regional states.

These developments in Ethiopia are by no means isolated incidents confined to any one particular country on the continent. The vastness and diversity of Ethiopia cannot fully explain the regional and micro-nationality conflicts.

Although Ethiopia was never formally colonized, the country was occupied by Italian fascism from 1935-1941. After the restoration of the Monarchy, Ethiopia remained closely allied with the West until the Revolution of 1974 which saw lower-ranking military officers taking power riding the waves of social change and the demands for non-capitalist development. During the period from the late 1970s to 1991, Ethiopia worked in close partnership with the Soviet Union, the socialist states in Eastern Europe and the Republic of Cuba, drawing therefore the ire of Washington.

The establishment of 55 independent sovereign states in Africa since the emergence of independence movements from the 1950s to the 21st century poses profound challenges to the AU project of integration and unity. In neighboring Republic of Sudan, the instability inherited from the colonial system has led to the partitioning of the oil-rich nation compounded by contradictions between the regional, military and civilian interests.

Ethiopia has been involved in mediation efforts aimed at resolving the conflict between the Forces for Freedom and Change (FFC) and the Transitional Military Council (TMC) since the overthrow of former President Omar Hassan al-Bashir on April 11. Prime Minister Abiy has traveled to Khartoum for talks with both the TMC and the main opposition parties and alliances.

Yet within Ethiopia itself these issues related to the role of regional interests, the military and security forces are still not resolved. It appears for now that the Abiy administration has been able to halt further destabilization and political fracturing. However, these problems must be confronted on a strategic level since they will arise again due to the inability to forge a national and Pan-African policy of reconciliation and an equitable distribution of the country’s wealth.*

*Abayomi Azikiwe is the editor of Pan-African News Wire. He is a frequent contributor to Global Research.