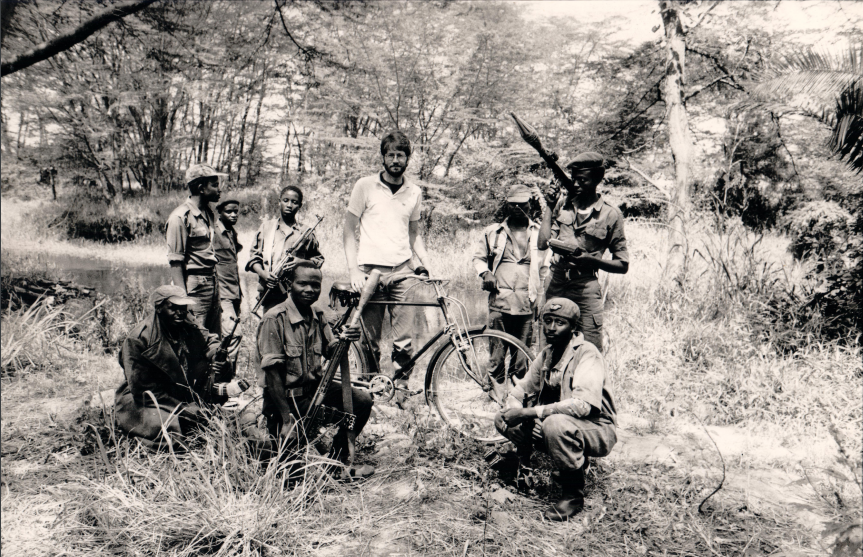 Back in the 2000s, when I was researching a history of Eritrea, I kept coming across the name Trevaskis in the source material: “Trevaskis noted this”, “Trevaskis recorded that”. Who was this man with the intriguing surname, I wondered, whose writings had become a benchmark for those who followed? Why was he considered the expert to cite, praise or debunk?

Kennedy Trevaskis, it turned out, was a British officer who was captured by Italian forces in Somaliland during the Second World War. After being released, he went on to work for the British Military Administration (BMA) which ran Eritrea until it was controversially federated with Ethiopia in 1952.

Trevaskis’ description of the former Italian colony in the 1940s is pretty dry in parts, and Eritrean historians today take issue with both his colonial perspective and the BMA’s policies. But the fact that his book exists at all – capturing a turbulent chapter in concise detail from the perspective of an outsider with a ringside view – is what matters. To debate the record, it first must exist.

I suspect William Pike’s recently-published memoir Combatants: A Memoir of the Bush War and the Press in Uganda will enjoy a similar career, his account shedding light on the rebel uprising in Uganda that toppled Milton Obote and on the intriguing rule of President Yoweri Museveni who remains in power to this day. A seasoned newspaper editor, Pike has a far more lively writing style than Trevaskis – nothing here will trigger readers’ yawns – but his role was similar to the British officer’s in many regards. As a wet-behind-the-ears newcomer to Uganda, he served as a 6ft 3 human notebook onto which a key moment in the country’s history was transcribed.

Only an outsider could have snuck undercover into the rebel-held Luwero Triangle in mid-1984, quizzed the young Museveni under the trees, and relayed his impressions to a suspicious Western world. Most of his readers were disposed to think of the National Resistance Movement (NRM) as mindless bandits, but what Pike saw was a surprisingly disciplined band of fighters.

The son of an Irish provincial commissioner who served in colonial Tanganyika, Pike was a young hippy in the 1970s, growing his hair long, backpacking around Afghanistan, taking a job on a building site, and joining the UK Labour party. He became interested in unfolding events in Uganda while studying at the School of Oriental and African Studies (SOAS) where he met NRM stalwarts-in-exile Ben Matogo and Eriya Kategaya. They invited Pike to see what was happening for himself in Uganda.

Pike’s subsequent sympathetic eyewitness account of the rebels, published in the UK’s Observer newspaper, coincided with a US State Department assessment that the Ugandan army had killed at least 100,000-200,000 people in the triangle of land just outside the capital Kampala. His reporting exposed the brutal reality of Obote’s second presidency from 1980 to 1985, today reckoned to have claimed more lives than Idi Amin’s quixotic regime.

Pike’s articles, which gave Museveni the chance to expound his pragmatic brand of socialism, may not have stopped British support for Obote. But they certainly played a key role in the recalibration foreign governments made once the NRM captured power in 1986. At that time, the IMF, World Bank and bilateral donors all cantered to help the new president rebuild a war-shattered economy.

After the fall of Kampala, Pike was surprised to be offered a post running New Vision, the newspaper established by the new NRM government. He initially thought in terms of a two-year stint. Instead, he and Cathy Watson, a freelance journalist who became his wife, ended up staying two decades. During that time, they started a family as well as making friends and enemies amongst the ruling elite. They reported on the insurgency in northern Uganda that began in 1987 and on the 1990 invasion of Rwanda by a contingent of Banyarwanda troops. They became heavily invested in the fight against AIDS.

Under Pike, New Vision became the best government-owned newspaper on the continent, regularly publishing well-researched articles that embarrassed the state, including an investigation into the looting of neighbouring Democratic Republic of Congo by Ugandan troops.

Pike decided to self-publish Combatants after meeting only lukewarm interest from the few commercial publishers he approached. A missed opportunity. As Africa’s democratic recession bites ever deeper and the men South Africa’s former president Thabo Mbeki once hailed as the continent’s “Renaissance leaders” increasingly resemble the autocrats they ousted in the 80s and 90s, we need more first person accounts such as these.

It’s only by remembering how truly impressive the likes of Museveni, Rwanda’s Paul Kagame, Ethiopia’s Meles Zenawi and Eritrea’s Isaias Afewerki once were that the political activists of today can avoid repeating their mistakes. These men were impassioned, driven and hyper-intelligent, yet ended up presiding over regimes regarded by today’s voters as unaccountable, corrupt and violently abusive.

The book’s closing chapter, in which Pike recounts how he came to leave New Vision in 2006, makes for particularly fascinating reading. Museveni had once cheekily told the likes of Kenya’s Daniel arap Moi and Zaire’s Mobutu Sese Seko not to overstay their welcome, but he now had his own plan to stay in power. Pike decided it was time to move on. He offered to go quietly, but Museveni was not particularly gracious, telling his spokesman he had come to the conclusion – rather belated, surely – that Pike was an MI6 agent.

“My personal view was that Museveni should have stood down as President but remained Chairman of the NRM party,” writes Pike, who now lives in Nairobi where he set up the Nairobi Star newspaper. “He could have remained the real power behind the throne just as Julius Nyerere had done in Tanzania.”

Interestingly, and perhaps counter-intuitively, Pike tracks the moment things started to turn sour further back, to around 1996, when the new constitution catering for an elected democracy came into force.

Before that, he writes, Uganda was run as a benevolent dictatorship with decisions taken purely on the basis of their social or economic benefit. After, the need to win elections trumped all. “Incompetent or corrupt ministers were retained in office because of their political constituencies. Smaller and smaller districts were created unnecessarily to cater for particular ethnic groups. Loyalty had become more important than principle.”

Any system depending on a single man’s open-mindedness and insight is doomed to fail; the term “benevolent dictator” is surely an oxymoron. But as a generation of Africans who have grown up knowing only one president or ruling party ask how the revolution came to be betrayed, the issue of how to allay the damage done by multiparty democracy will also need to be addressed.

Pike’s unique look into Uganda’s modern history offers some invaluable insights on this front. Anyone interested in revolution’s rise and eventual fall will relish this book. An unregenerate leftie despite his strong entrepreneurial streak, Pike makes for an admiring but not uncritical witness to a crucial chapter in Uganda’s past.

*Michela Wrong is the author of “I Didn’t Do It For You”, a history of Eritrea; “It’s Our Turn to Eat”, focusing on corruption in Kenya; and the novel “Borderlines”.