Pas-de-Calais. Two Eritreans sentenced to twelve years in prison after the lynching of a Sudanese

Two 33-year-old Eritreans were sentenced, Wednesday, February 5, 2020, by the assizes of Pas-de-Calais, to 12 years of criminal imprisonment for the death in 2016 of a young Sudanese man in a brawl, which occurred in a migrant camp . 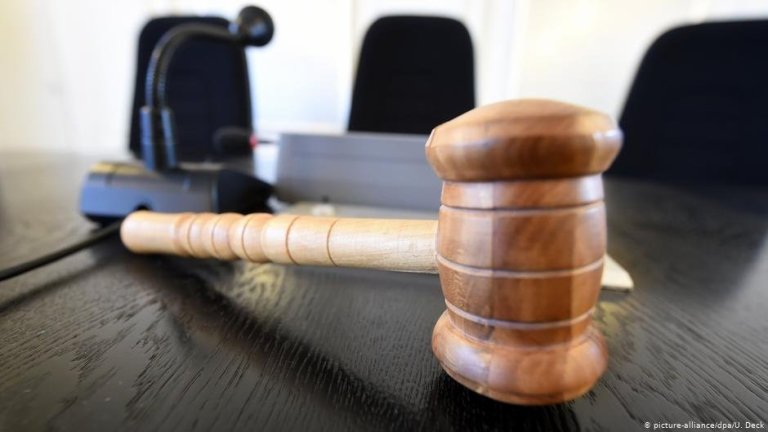 Two Eritrean men are sentenced to 12 years for their part in the involuntary killing of a Sudanese migrant |Photo: picture-alliance/dpa/U.Deck
Published on : 2020/02/06

Two Eritreans were handed 12-year jail sentences after the death of a Sudanese man during a fight in a migrant camp in France in 2016.

The Eritrean men, Estifanos H. and Tsehaye T.  are charged with violence leading to manslaughter after a fight in 2016, in which they took part, led to the killing of a Sudanese man. Some French newspapers have described the event as a "lynching."

During the trial in the northern French city of Lille, the news agency AFP reports that witnesses described the two men as "leaders of a gang of people smugglers." Both men, writes AFP, deny the charges, but the judge found that they were guilty of inflicting the fatal blows which killed the Sudanese migrant Mohammed E. They have been in prison, awaiting trial, since 2016.

InfoMigrants French reports that Tsehaye T told journalists through an interpreter that he "didn’t understand why he was even in court," repeating his innocence.

A further two Eritreans Mihri A and Erymis T received sentences of 18 and 12 months respectively for their part in the brawl. The incident took place on the night of October 17, 2016 at a camp in the northern part of Calais, Norrent-Fontes, where between 150 and 200 people were living. InfoMigrants French writes that these two had also been in pre-trial detention since the fight and, having already served their sentences, were released on Tuesday.

The victim, Mohammed E. was found "badly beaten by the side of the road and died while being taken to hospital," according to AFP.

'At first we only wanted to scare him'

One Eritrean witness who was not implicated in the incident but present on the night told the court: "At first, we only wanted to scare him [Mohammed E.] but everyone was worked up and it degenerated.” The witness explained that the victim was "hauled out of his tent and dragged into the woods where he was beaten."

According to AFP, one of the lawyers for the accused, Gael Dennetiere told the court that there had been several different brawls erupting between different groups at the camp during that night which made it "impossible to know during which one the victim received the [fatal] blows."

The prosecution denounced the "savagery" of the incident, arguing that those accused had applied "the law of the jungle which is intolerable on French territory." AFP adds that once the accused have served their sentences, they will be banned from French territory for life.

The camp at Norrent-Fontes was torn down in 2016, just after the so-called 'Jungle' camp in Calais which at one point was said to be home to 10,000 migrants hoping to board a truck or train to the UK.

Two Eritreans jailed for death of Sudanese migrant in France ...