Insider.com: Israel's elite Mossad unit set up a luxury diving resort in the 1980s as a front to smuggle Ethiopian Jews out of Sudan. Here's what it was like. 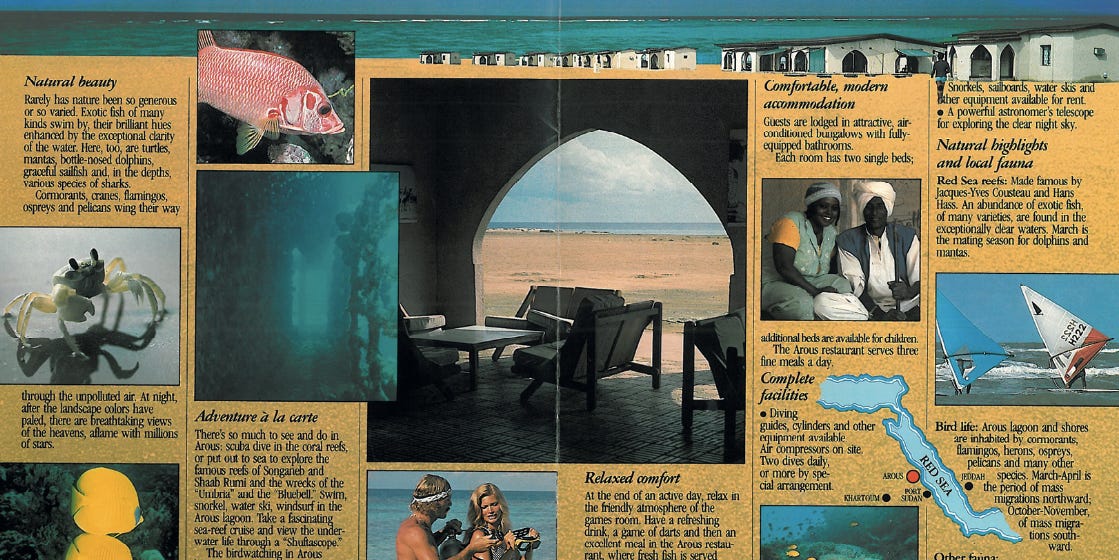 In the early 1980s, members of Israel's elite intelligence agency — known as Mossad — were tasked with smuggling thousands of Jewish refugees from Ethiopia to Israel.

A combination of factors, including a deepening food crisis and a bloody civil war, led to a big migration of Jewish refugees, known as Beta Israelis, who wanted to escape to Israel.

But the only way the agents could take the refugees out of Ethiopia was by smuggling them through Sudan and either sailing them across the Red Sea or airlifting them to Israel. It was an operation with plenty of challenges, considering Ethiopian Jews and Mossad agents had to keep their identities hidden.

The solution? Create a luxury beach resort in Arous, an abandoned tourist village in Sudan, as a front for its operations. While agents smuggled refugees out of Sudan by night, they served as hotel staff by day.

Scroll down to read more about their story through photos from "Red Sea Spies: The True Story of Mossad's Fake Diving Resort," a book by Raffi Berg chronicling the resort.

As famine and civil war ravaged Ethiopia in the late 1970s, Mossad was tasked with smuggling thousands of Jewish refugees from Ethiopia to Israel. 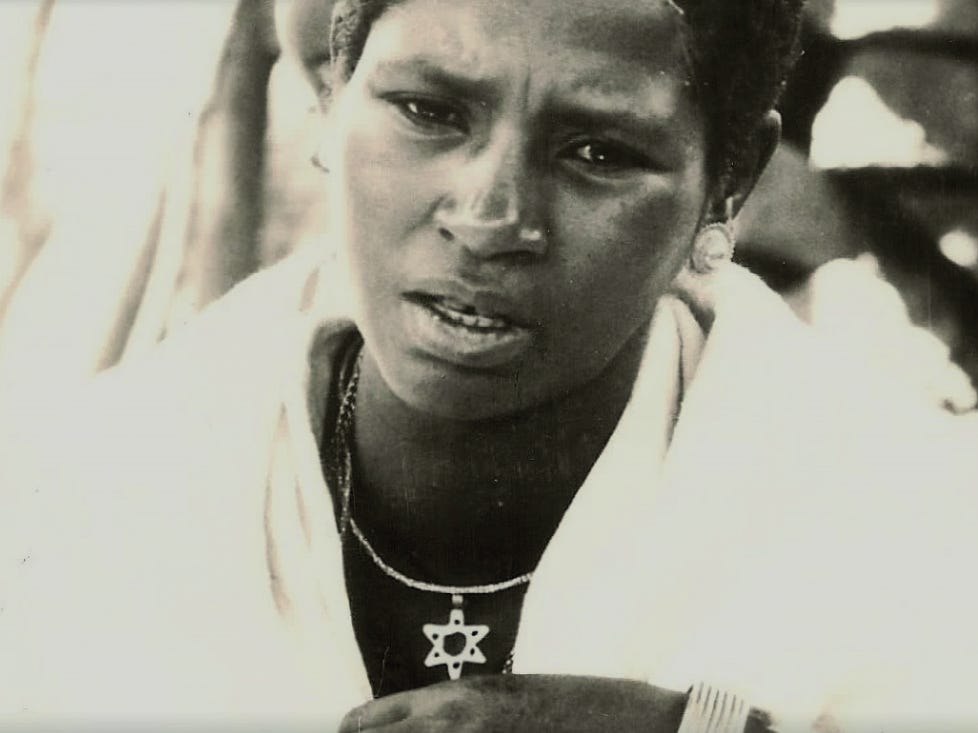 Their plan was to bring Ethiopian Jews, who were stranded in refugee camps in Sudan, to Israel either by boat across the Red Sea or by plane, which would secretly airlift them out. 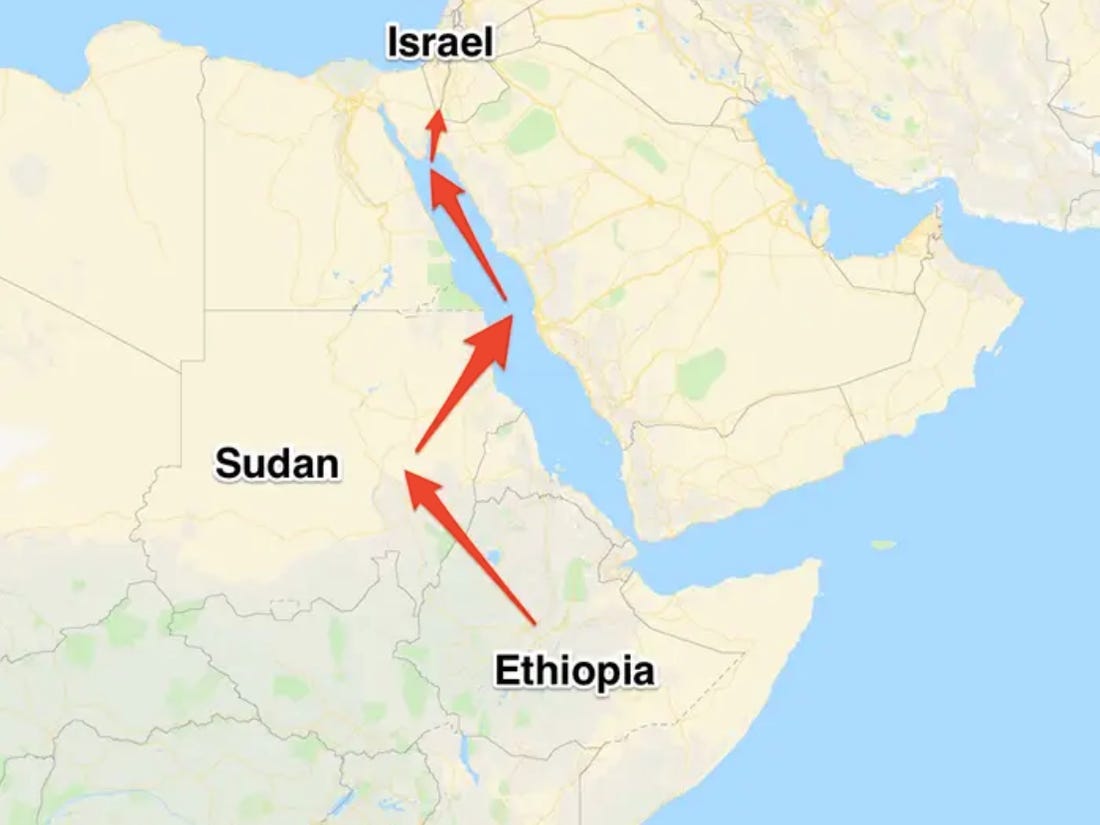 But for this top-secret operation to work, they needed a cover. Sudan is a Muslim-majority country, and both Ethiopian Jews and Mossad agents had to keep their identities hidden. 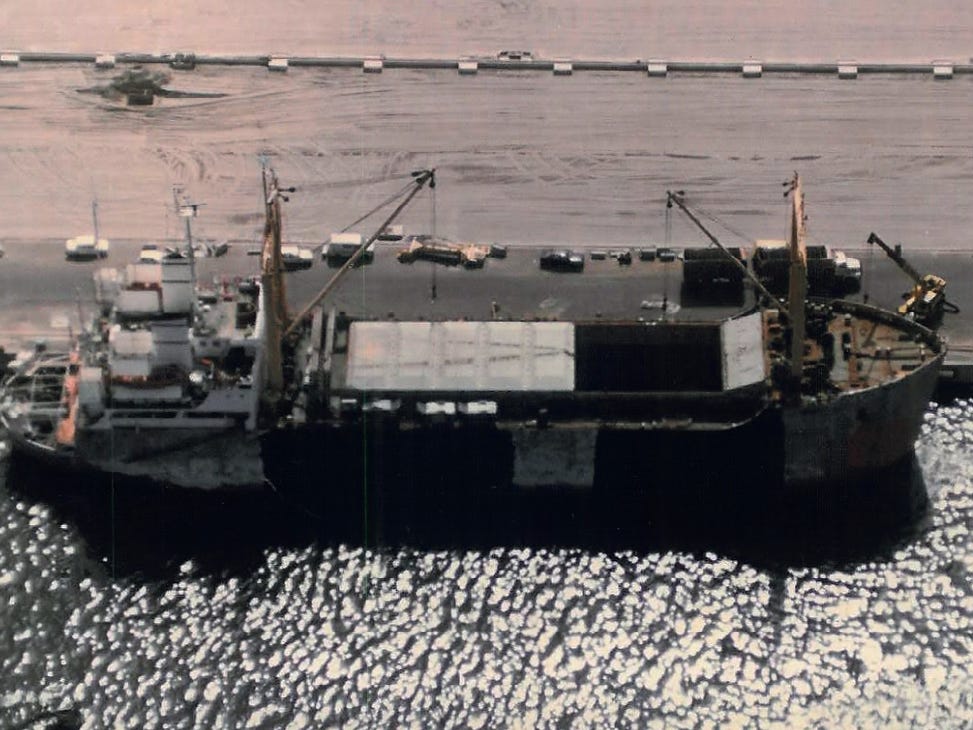 One day when a team of Mossad agents, led by a man known only as Dani, stumbled upon an abandoned tourist village in Arous, on Sudan's east coast, they felt like they had just struck gold. 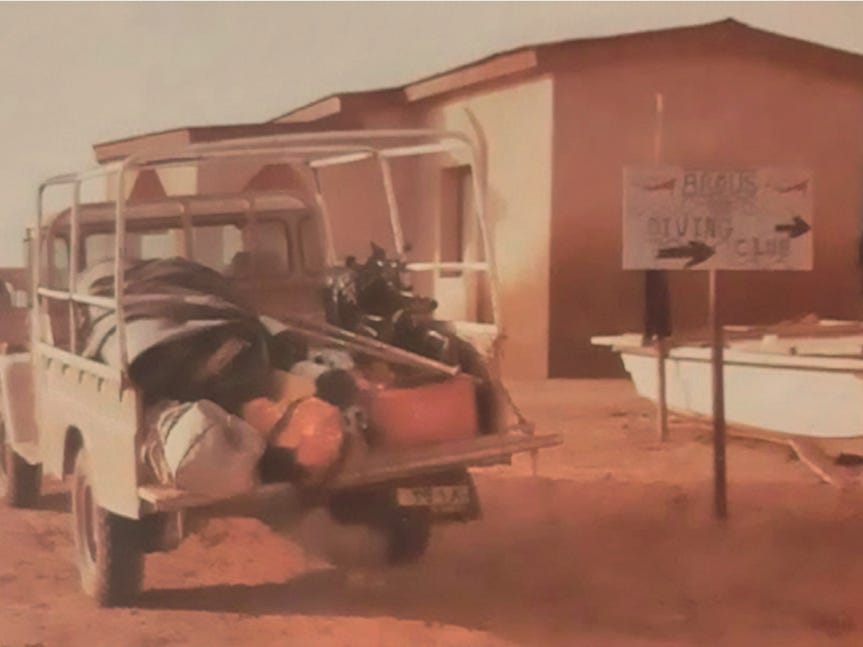 The Sudanese International Tourist Corporation, which built the site in 1972, never opened the resort because there no was running water or electricity there.

So the agents posed as a Swiss-based tourism company and convinced the Sudanese government that they could renovate the resort and bring in tourists again. It worked. 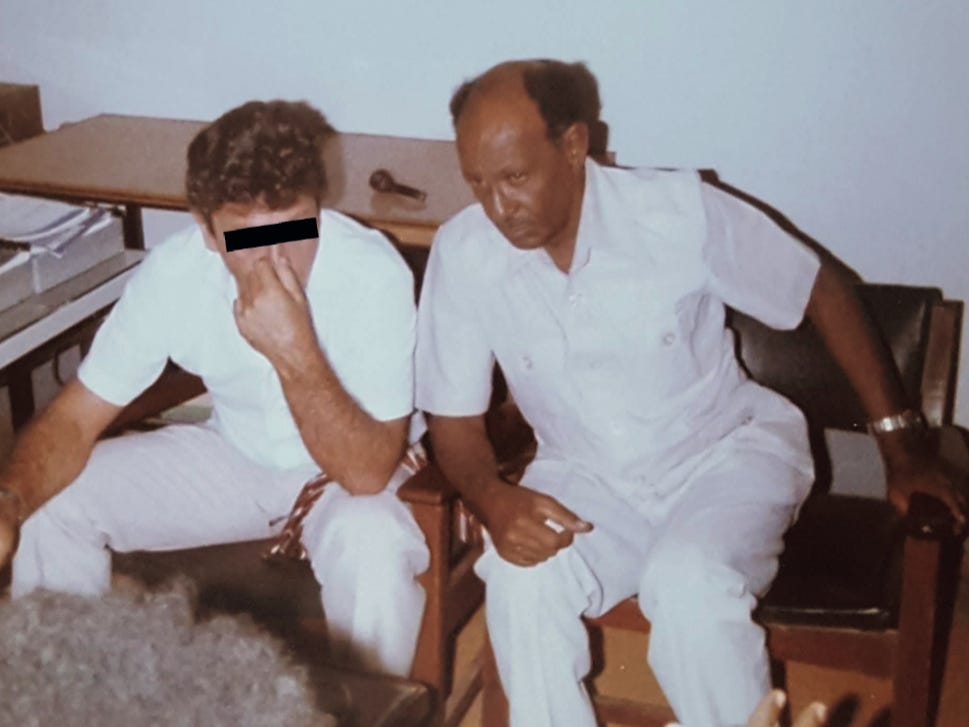 The abandoned Arous diving resort was made up of 15 chalets, a kitchen, and a restaurant that opened out to a beach and the Red Sea. 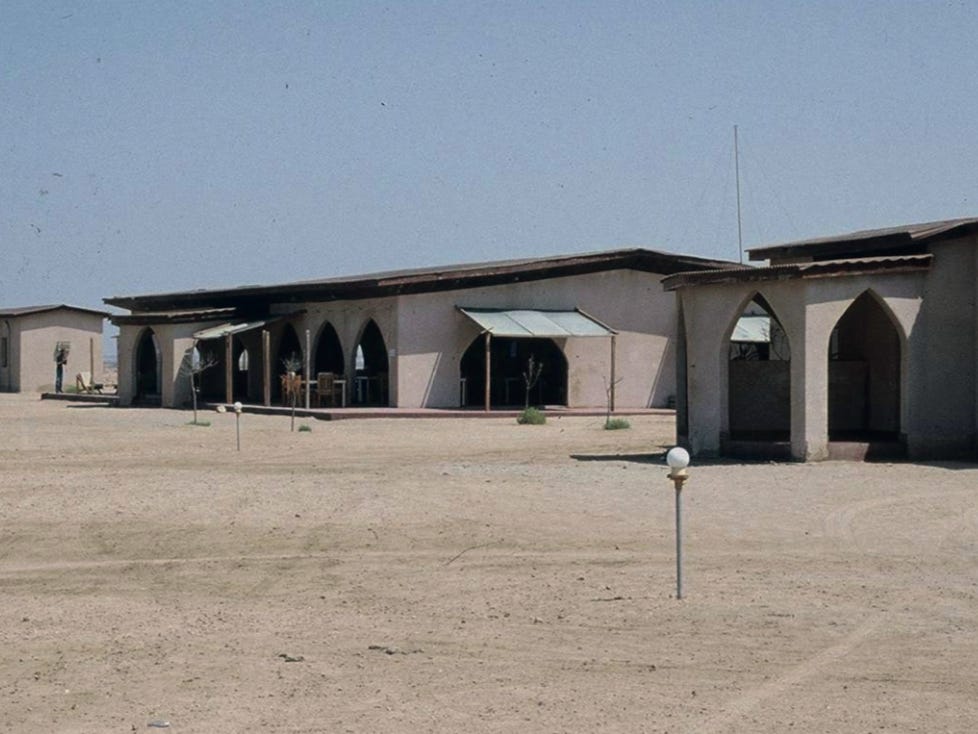 Mossad spent the first year renovating it to make it look as realistic as possible. They even recruited local staff, including cleaners, waiters, and a chef — though none of them knew the resort was fake and that their managers were Mossad agents. 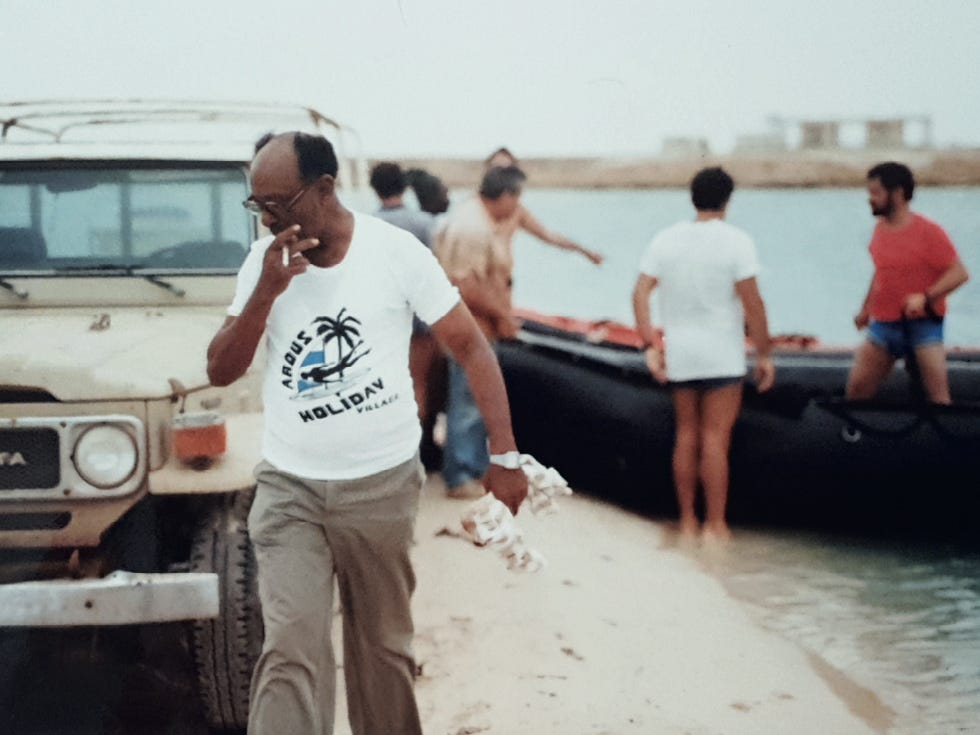 The resort was fully equipped: the agents smuggled in air-conditioning units and water sports gear from Israel, according to the BBC.

Meanwhile, the diving storeroom was out of bounds to guests as it hid technological equipment and radios that the agents used to keep in touch with their headquarters in Israel.

The agents even had glossy brochures of the resort printed and distributed in travel agents across Europe. 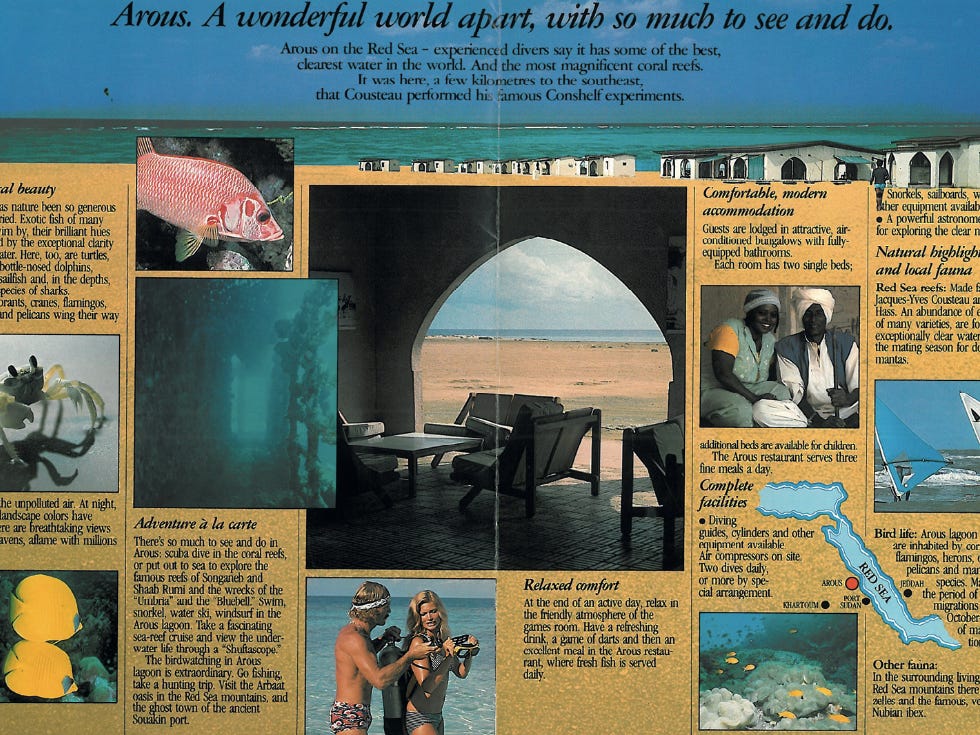 This undated ad called Arous "the diving and desert recreation center of Sudan."

Over time, hundreds of unassuming guests from all over the world went on holiday there. 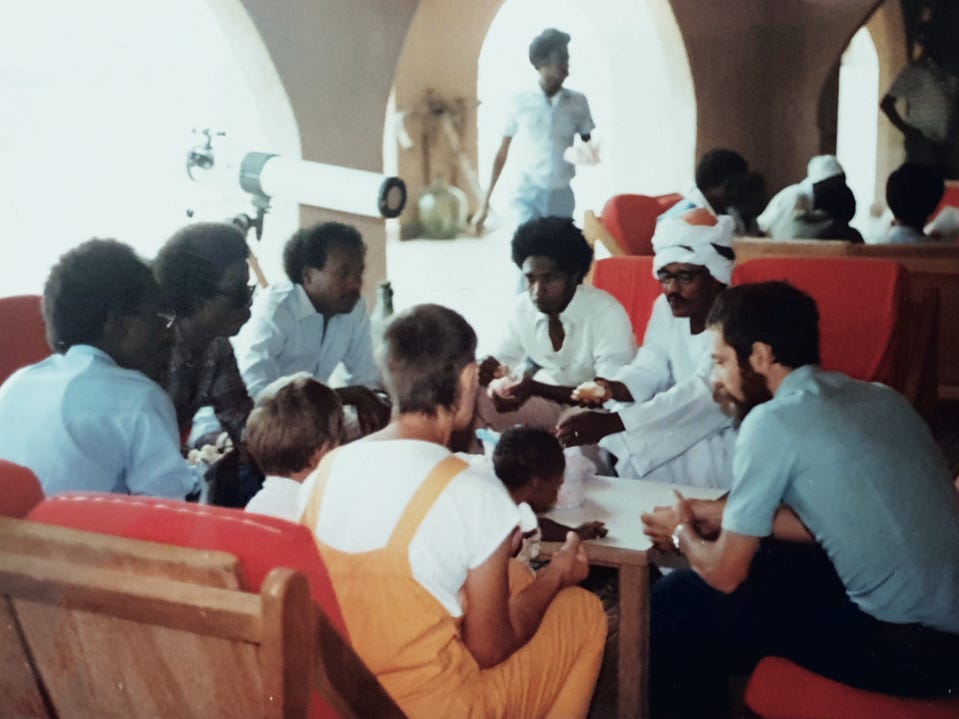 "Arous was really beautiful," one former guest told the BBC. "They had these lovely little vacation cabins and you'd go out on boats and go diving or snorkeling. The underwater scenery was just breathtaking.

"I remember the 'European' staff all looked young and really healthy and fit, and at dinner time, people would say: 'Why the heck [build a resort] here?'"

"Of course, the answer was it was totally gorgeous and unspoilt, and people were saying: 'Wow, I hope they can make a go of it.'"

To lower suspicions, female agents were put in charge of running the day-to-day activities of the resort. 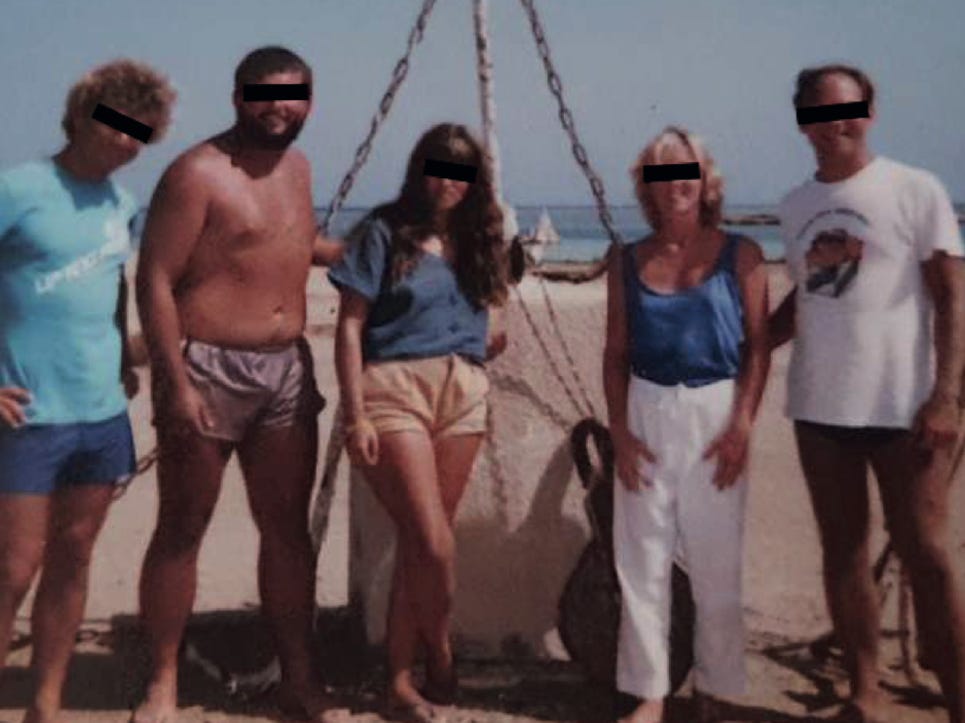 This included everything from going on actual diving trips along the coast of Sudan, and offering water sports like kite surfing... 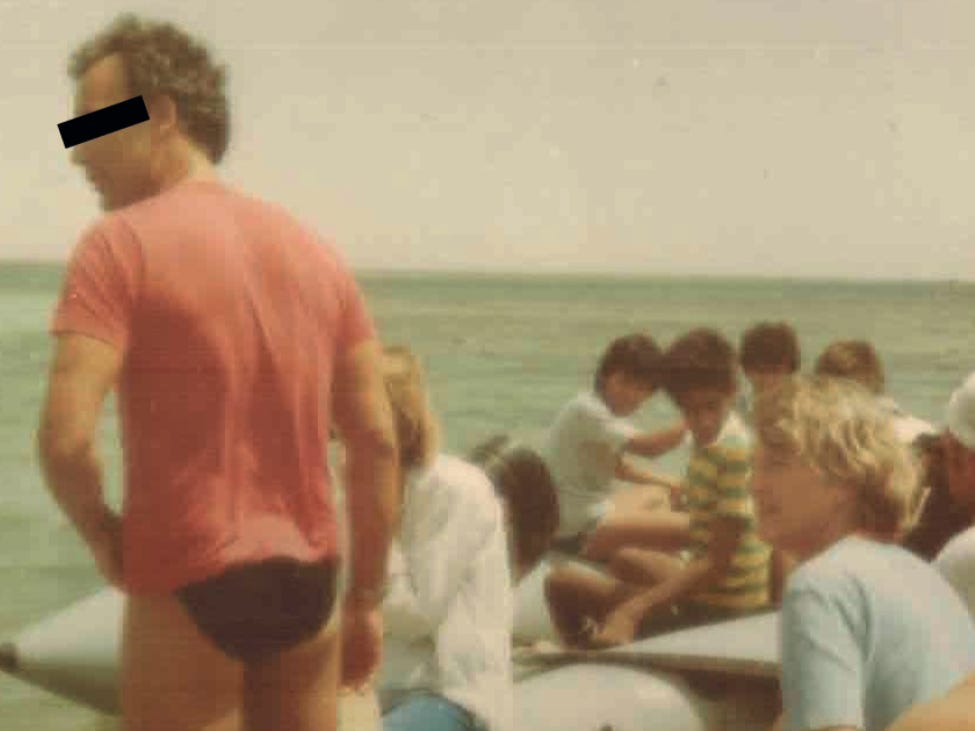 ... to opening up the beach for guests to relax, to serving them fresh food and wine. 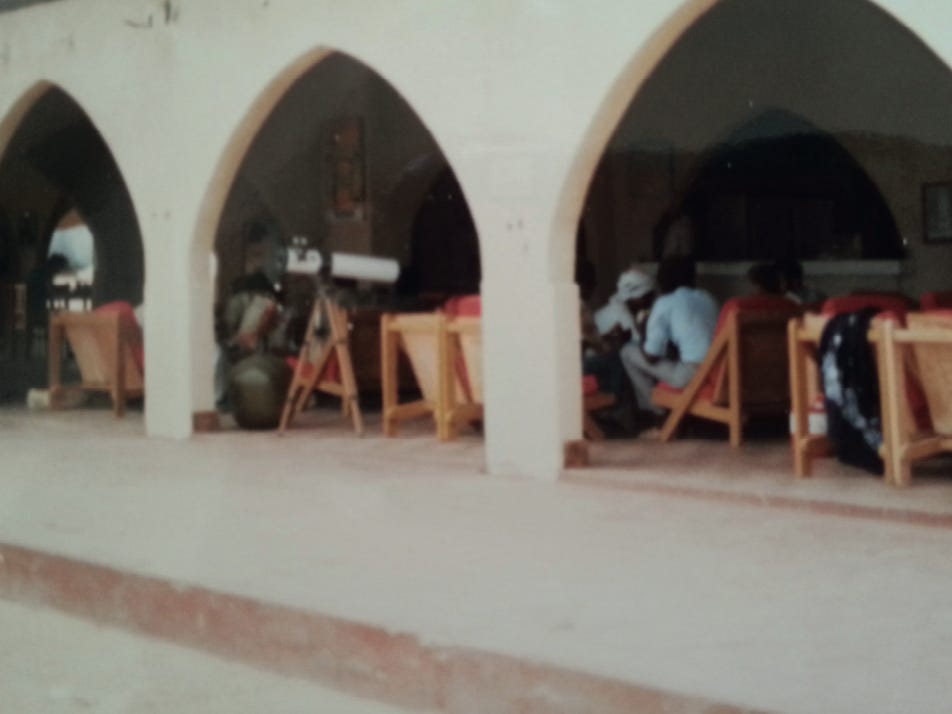 But the agents' true operation — smuggling Jewish refugees out of Ethiopia — was so secret, they did not even tell their own families. 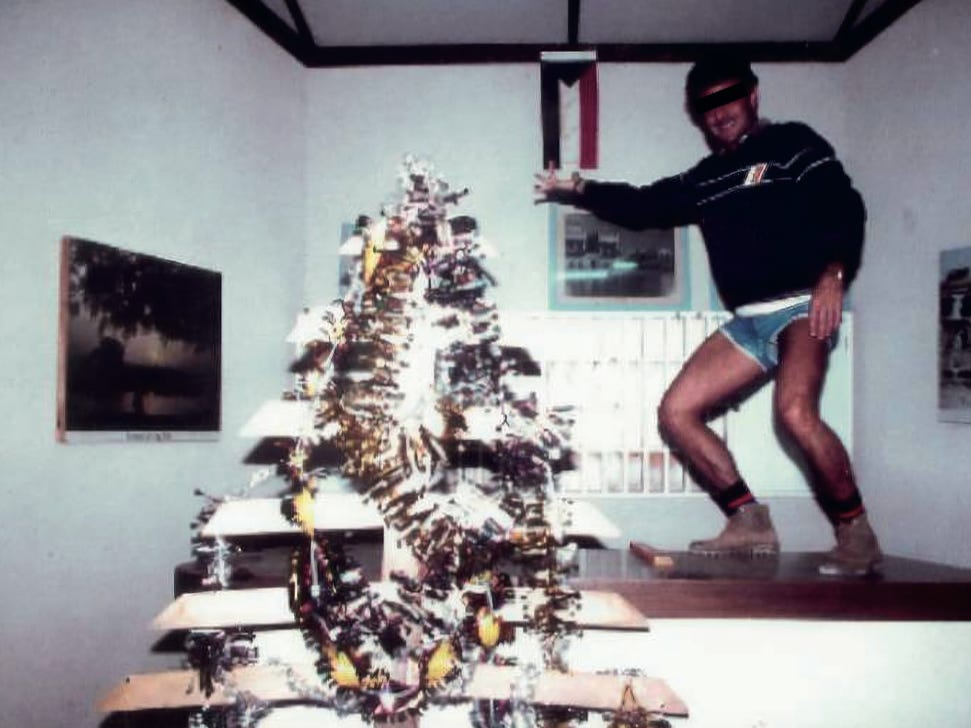 From time to time, they would leave for their top-secret rescue missions in the dead of night, telling the unassuming staff they were leaving town for a few days. 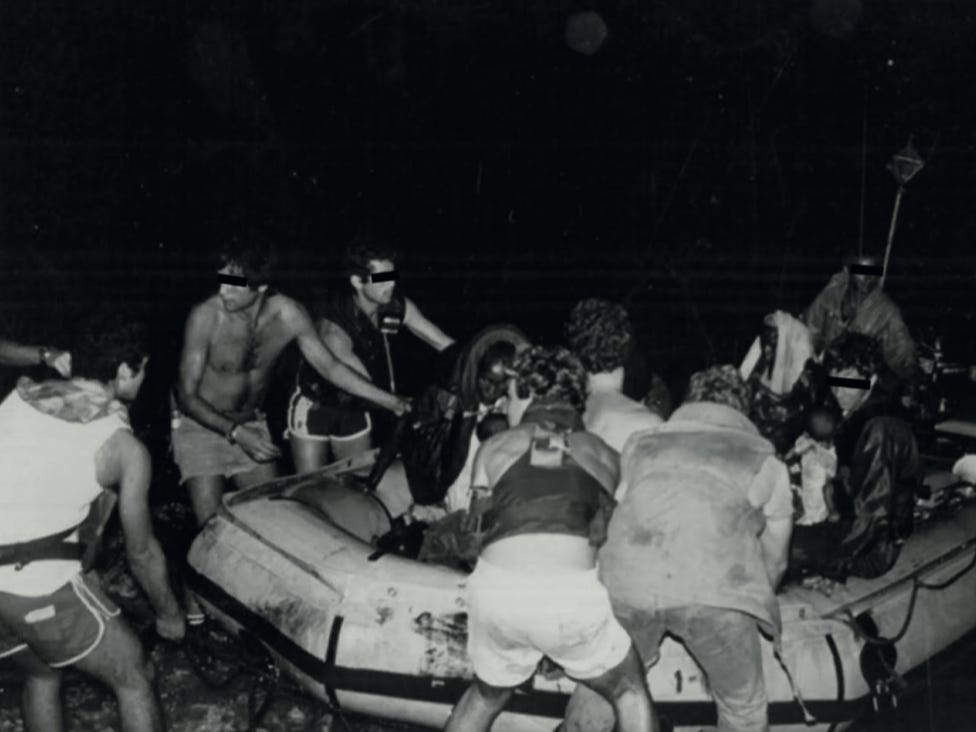 They would drive to refugee camps in Sudan and pick up groups of Ethiopian Jews and drive them to the coast, near Arous resort. 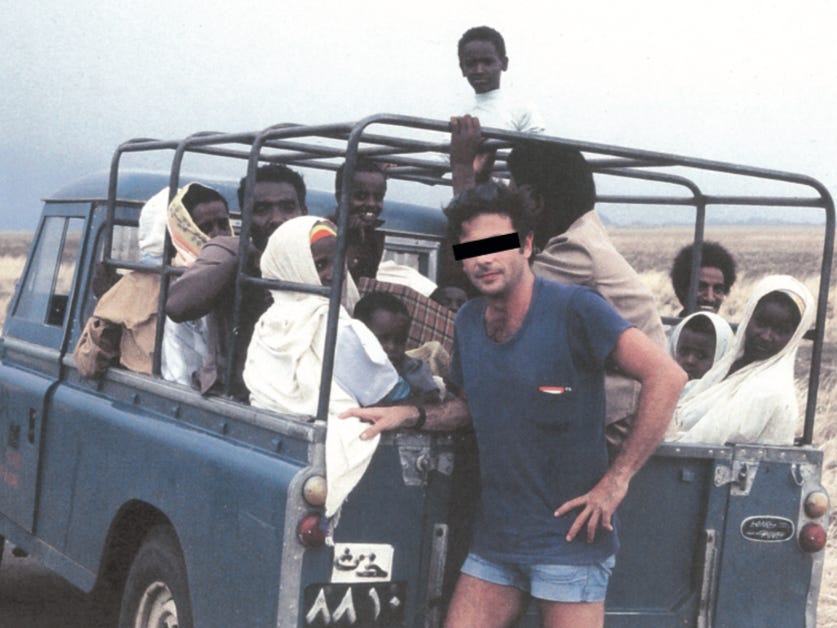 "At first, the refugees were given 24 hours' notice that they were going to be taken out - they were not told where to but understood it was Jerusalem - but eventually we could not give them any notice at all because of the risk it would leak out," Dani is quoted as saying in the BCC.

"They were just quietly woken up and told it was time to leave."

Once they got to the coast, Israeli Navy commandos would collect them on dinghies and bring them to a ship waiting out at sea. The ship would then take them on to Israel. 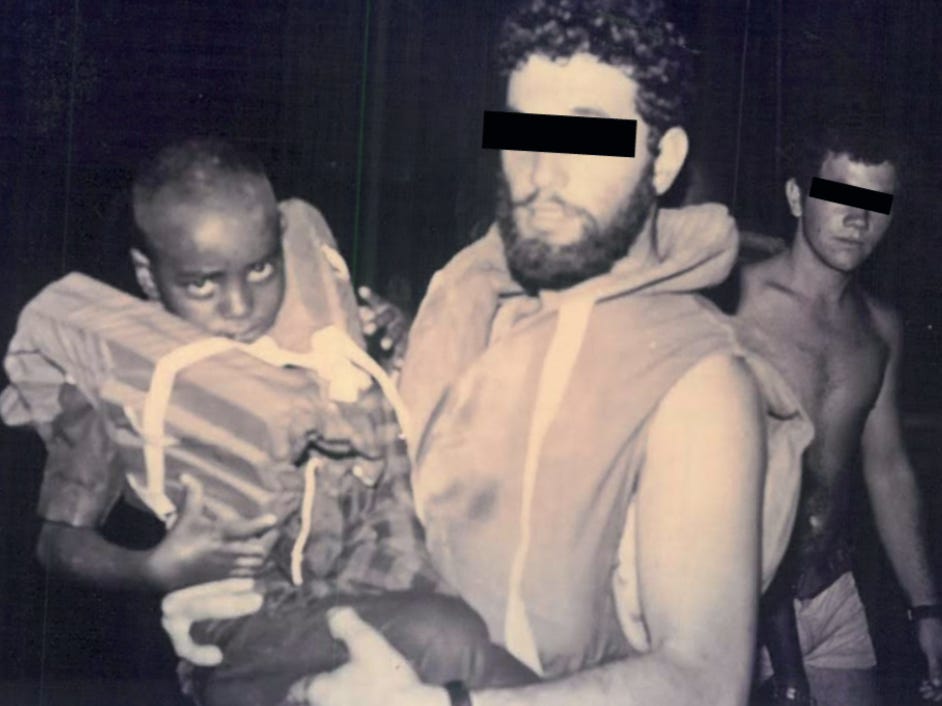 "It was constantly dangerous," one unnamed agent told the BBC. "We all knew that if anyone of us got exposed, we'd end up hanged on gallows in the center of Khartoum," referring to the capital of Sudan. 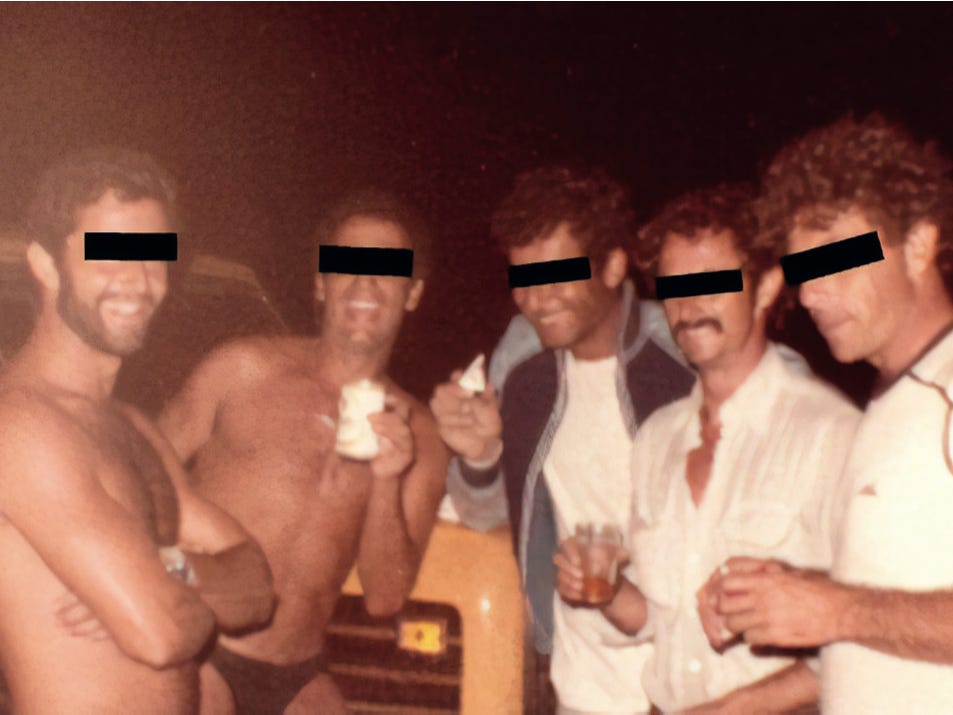 In 1985 new military junta came into power, and started hunting for Israeli spies. The head of operations in Israel ordered the agents to leave. 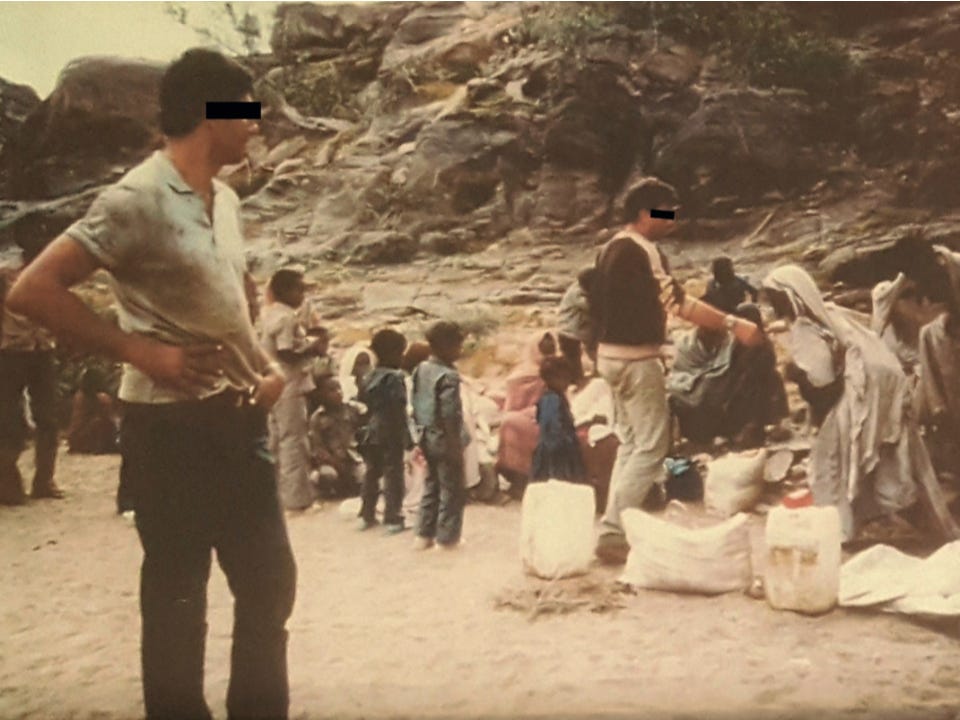 When the Mossad evacuated the resort, they did so in a hurry — some guests were still at the hotel at the time. They told the local staff they were going out to find new diving spots, but never came back. 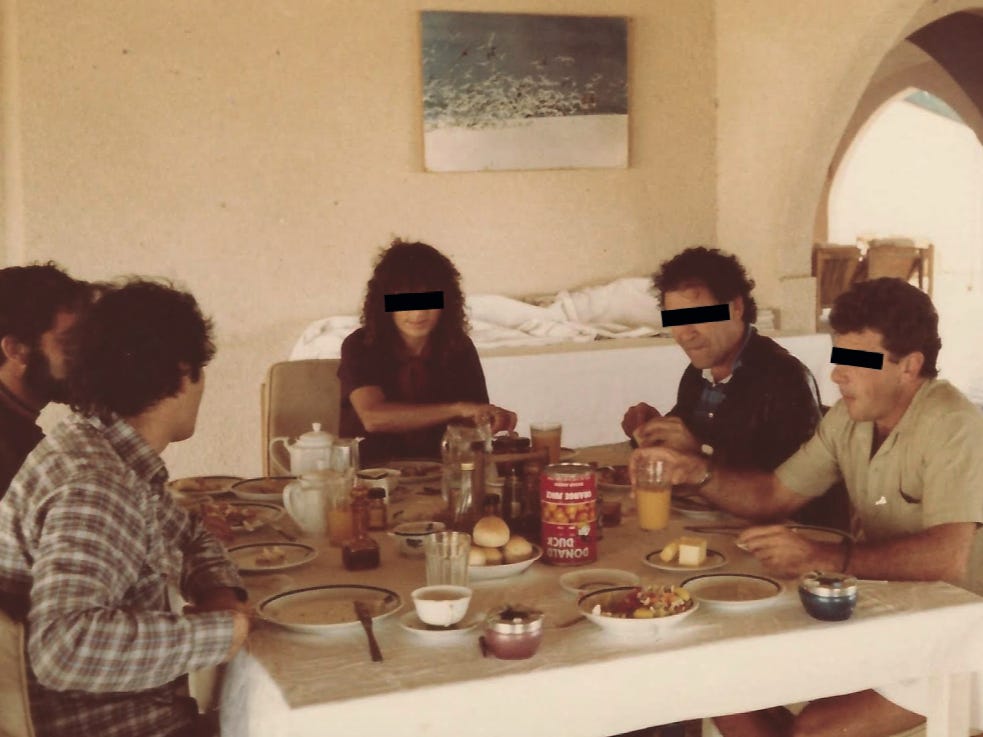 "There were tourists in the village," one unidentified agent told the BBC. "They would have woken up and found themselves alone in the desert."

"The local staff were still there, but no-one else — the diving instructor, the lady manager and so on, all the Caucasians had disappeared."

The agents ultimately abandoned the resort in 1985, causing it to shut down shortly after. But by then, the agents had successfully transferred at least 7,000 Ethiopians to Israel thanks to their ruse. 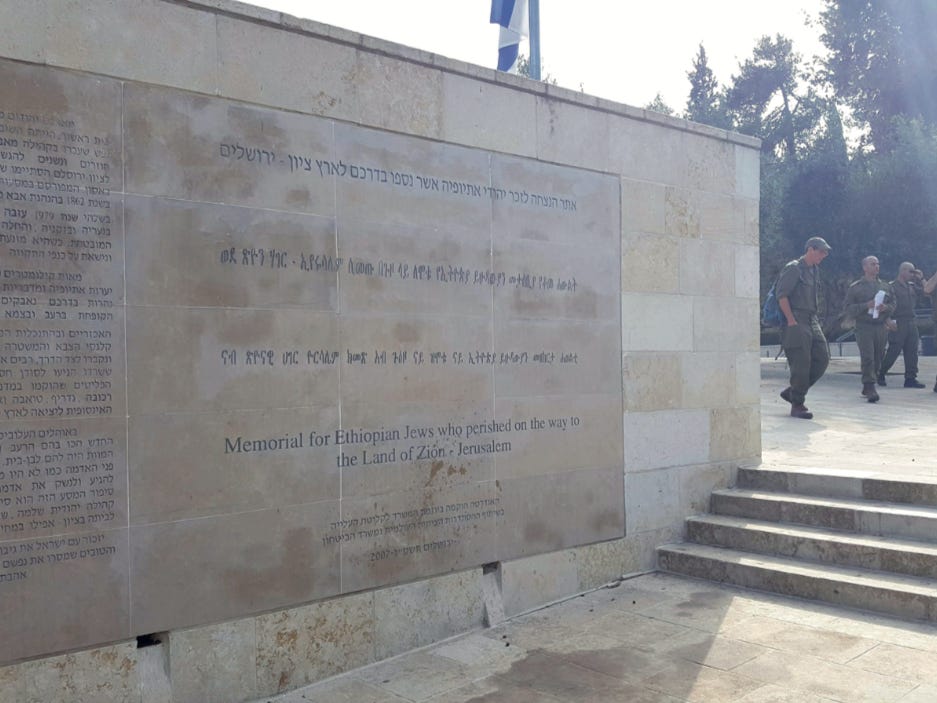 SEE ALSO: Meet the shadowy security firm from Israel whose technology is believed to be at the heart of the massive WhatsApp hack